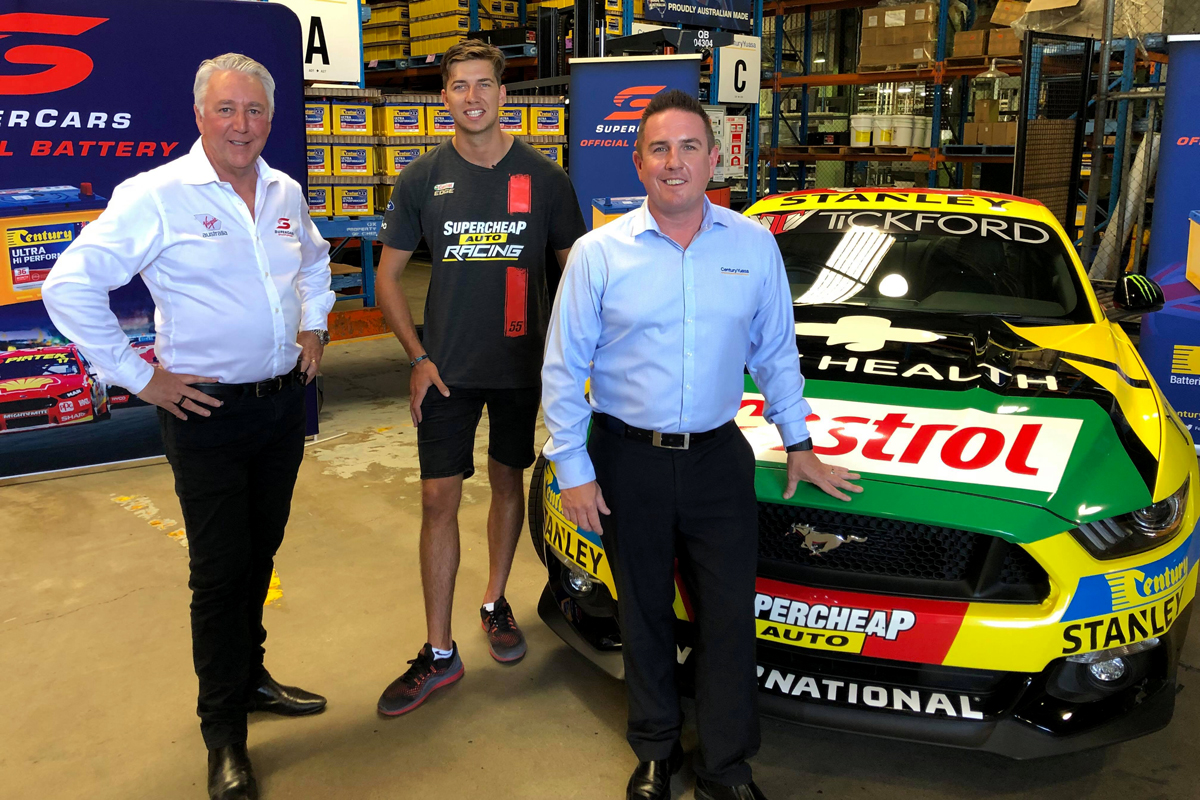 Supercars has partnered with Australian company Century Batteries, on a multi-year deal announced at the manufacturer’s Ipswich plant this morning.

The iconic blue and yellow brand has been named Official Battery of Virgin Australia Supercars Championship, and will take naming rights of the Ipswich SuperSprint in July.

The three-year sponsorship builds on Century’s support of motorsport across the globe, covering different teams across categories including drag racing, ute racing and the successful Honda MotoGP outfit.

“As official battery of Supercars this puts our brand in the heartland of Australian motorsports,” Bottoms said.

“This is another way we can connect with our motoring community; an exciting partnership which will showcase the Century brand and our Australian-made product to a new audience of motoring enthusiasts.

“Century celebrates 90 years of manufacturing with our Ipswich plant providing valuable employment to the area and this allows us to take our community involvement to another level.”

"Century is one of Australia’s most successful manufacturing firms, having grown from humble beginnings 90 years ago to be one of the most recognised brands in the country,” Howard said.

“We are enormously proud to have such an iconic Australian company join the Supercar family. Century will help us further grow our great sport for the fans.”

The 2019 Virgin Australia Supercars Championship begins next weekend with the Superloop Adelaide 500.

18/02/2019
Stay In The Know
Sign up to the Virgin Australia Supercars Championship Newsletter
This website uses cookies to improve your user experience. By continuing, you will be providing your consent to our use of cookies.Ok