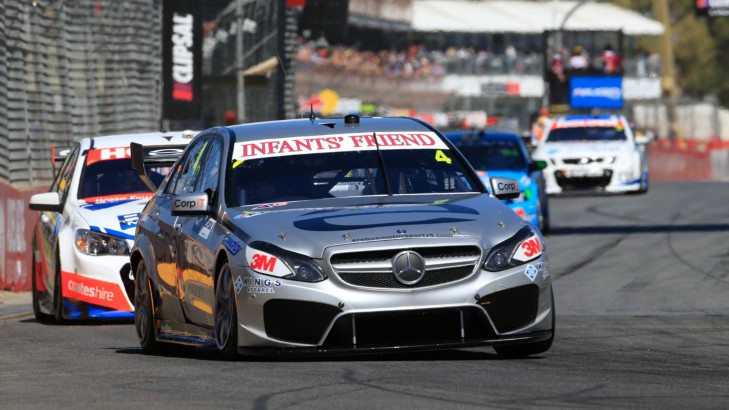 After a stunning debut at the Clipsal 500 Adelaide, Erebus Motorsport V8 pilot Ash Walsh is aiming to consolidate his performance and learn more about the E63 AMG V8 Supercar at the prestigious Formula 1 Rolex Australian Grand Prix event.

Taking a moment to reflect on the Clipsal 500 weekend which included a top 10 on debut, Walsh said: "I'm very happy with how the first weekend with Erebus Motorsport V8 played out. The car was a pleasure to drive in race two, I was 0.7 seconds a lap faster than in race one, so it was a real race and I was able to mix it with the other cars. I put my head down and concentrated on looking after my rear tyres in the last stint.

"Race one earlier was my first race in the main series so I was a little nervous at the start, but the last 10 laps or so the car improved and I knew there was potential to improve for the second race. So I sat down with my engineer Wes [McDougall] and we tuned up the car, and she was perfect for race two."

Acknowledging his rookie status, Walsh admitted that racing in the main game was a big step up from the V8 Supercars Dunlop Serieswhere he finished third in 2014.

"It was a bit of a weird feeling racing the same guys I've been watching for so long," he said.

"Although we've raced here before, Clipsal is a real baptism of fire for rookies like me. The main game is much more intense than what I'm used to in the V8 Supercars Dunlop Series. And even fitness-wise, compared to the V8 Supercars Dunlop Series races, after two 39-lap races, I could feel the difference in my body. I'm definitely the fittest I've ever been but race fitness comes from doing races like this, so I need to adjust, but no one out there is doing it easy."

Delighted with an eighth place finish on his first day of racing in V8 Supercars, Walsh is looking forward to the long sweeping layout of the Albert Park Grand Prix track.

"I raced at Albert Park in a Formula Ford back in 2010. From memory we had our second race cancelled and I just missed the podium in Race 1. It is an awesome track and I can't wait to get back into the Erebus Mercedes AMG E63 down in Melbourne,"Walsh concluded as the team got ready to depart the Queensland base.

The V8 Supercars will be on track every day at the 2015 Formula 1 Rolex Australian Grand Prix.