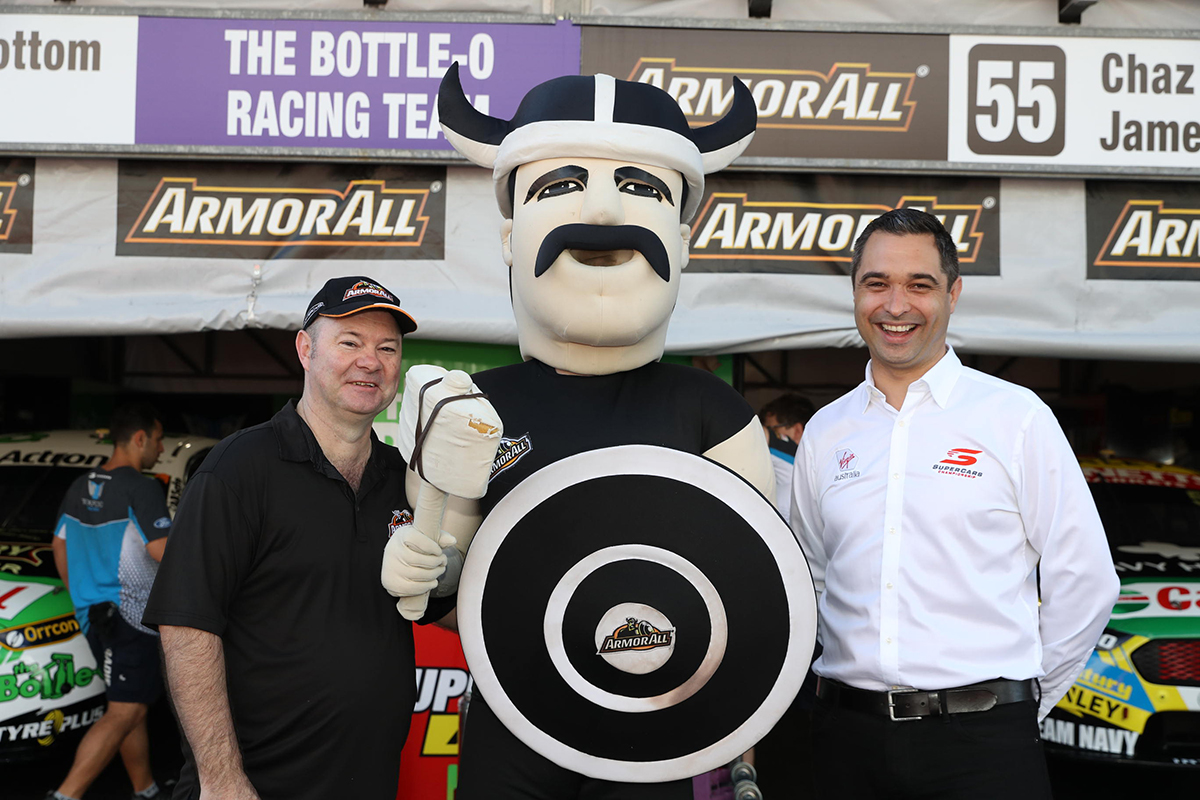 The ARMOR ALL Pole Award will continue to be a highlight of the Virgin Australia Supercars Championship in 2019 with the leading car care company extending its deal for a record 15th consecutive season.

With the announcement, the ARMOR ALL brand continues as one of the longest serving major sponsors of Supercars after becoming the Official Car Care Products Sponsor in 2005.

Since then prize money exceeding $1 million has been awarded through ARMOR ALL Qualifying, ARMOR ALL Pole Position Awards, ARMOR ALL Top 10 Shootouts and ARMOR ALL Races for the Grid.

The ARMOR ALL brand continues as the Official Car Care Products Sponsor and Naming Rights Sponsor of ARMOR ALL Qualifying and Pole Award for the Virgin Australia Supercars Championship, Dunlop Super2 Series and ECB SuperUtes Series in 2019.

Paul Blair, General Manager Spectrum Brands Global Auto Care Australia, said ARMOR ALL is excited to once again be closely aligned with one of the world’s leading motorsport categories.

“Spectrum Brands, the owner of the ARMOR ALL brand, has a long and proud history in motorsport across the globe and the Supercars ARMOR ALL Pole Award is one of the most instantly recognisable sponsorships.”

“ARMOR ALL has been a brilliant partner of the Virgin Australia Supercars Championship for 15 years, an amazing partnership that we are very proud of,” Seamer said.

“Our teams and drivers take high regard in claiming the ARMOR ALL awards at our events and we are delighted to have the ARMOR ALL team on board for 2019.”

Scott McLaughlin has again dominated ARMOR ALL Qualifying in 2018 and is the favourite to win the ARMOR ALL Pole Champion Award to go back-to-back following his success in 2017.

The Shell V-Power Racing driver can seal the award in this weekend's Vodafone Gold Coast 600.

18/10/2018
Stay In The Know
Sign up to the Virgin Australia Supercars Championship Newsletter
We use cookies to ensure that we give you the best experience on our website. If you continue to use this site we will assume that you are happy with it.Ok