‘Anything can happen – I know the hard way’ 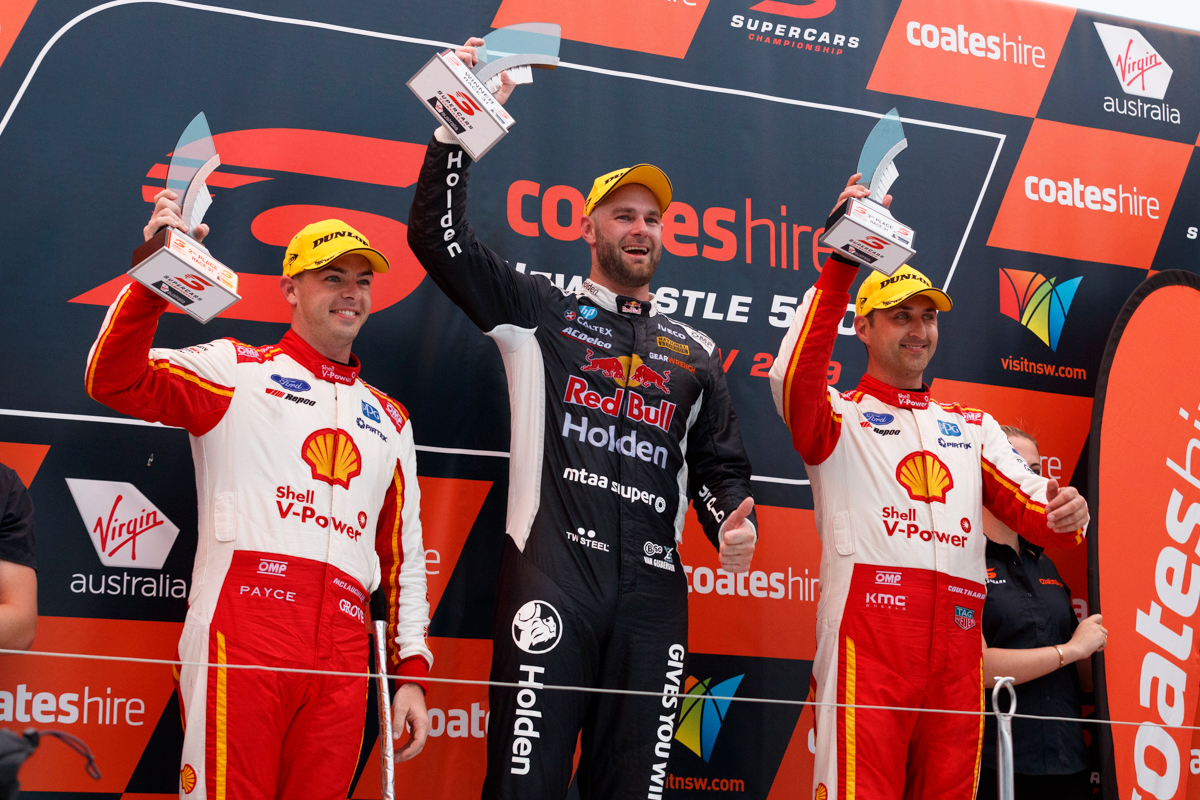 You don’t have to remind Scott McLaughlin that anything can happen on a Coates Hire Newcastle 500 Sunday.

Shell V-Power Racing head into the last race of the year with one hand on the teams’ title after McLaughlin and Fabian Coulthard delivered a crucial double podium yesterday.

Holding a 143-point lead with no more than 288 now available, they are on the verge of completing a coveted 2019 trifecta, along with the drivers’ championship and Peter Brock Trophy.

The equation is more or less this: Even if the Red Bull Holden Racing Team goes one-two this afternoon, Shell can wrap up the teams’ title if one car places fourth and the other is simply classified.

Alternatively, 10th and 12th would be enough to get the job done.

But McLaughlin and Shell are on their toes, after being similarly well placed two years ago in Newcastle.

On that occasion, McLaughlin took a 78-point buffer over Jamie Whincup and needed to finish just 11th in the Sunday race to secure his maiden drivers’ title.

It seemed a foregone conclusion when he stuck the #17 Ford on pole, but an incident-packed race would ensue to leave him heartbroken.

McLaughlin has avenged that day by winning back-to-back championships since but the unpredictability of Newcastle still looms large.

“This whole weekend is purely teams’ [championship],” he said.

“It’s not done, if these guys [Red Bull] finish one-two, we’ve got to be good – I think it’s like a top 10 or something like that.

“Anything can happen – I know the hard way.”

Coulthard added the teams’ title would be a fitting way to repay the work of his and McLaughlin’s crews.

“They are the unsung heroes that do the big hours,” he said.

“When it all goes well, we’re the figureheads of the organisation and we get all of the credit but I think it’s the boys back at the shop that deserve all of the credit and if we can do that for them, we will do our best.”

Van Gisbergen meanwhile noted it was a shame to lose a team one-two yesterday after Whincup dropped down the order with a late-race error but declared they will not give up the fight.

“It makes [Sunday] a little bit harder but we’ll be trying to get those points as much as possible,” he said.

Supercars will hit the track at 11:20am for ARMOR ALL Qualifying.