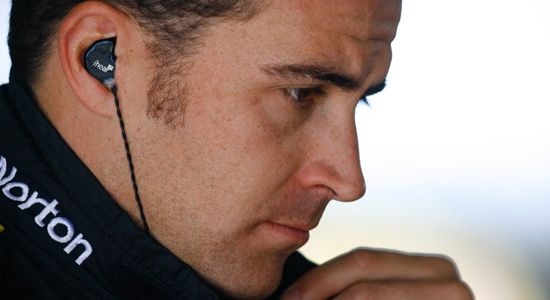 ALEX Davison will become part of the Ford Performance Racing family for the 2013 V8 Supercars Championship.

The former Porsche Carrera Cup champion has signed to drive for FPR’s customer team, Charlie Schwerkolt Racing, as the factory Ford team expands its operations to four cars next season.

Davison will join younger brother Will, Mark Winterbottom and David Reynolds in the line-up and will sample one of the team’s new Car of the Future-specification Falcons tomorrow at Winton at FPR’s final test of the year.

“It is extremely exciting for me to be racing in V8 Supercars again so I thank Charlie for putting his faith in me and for giving me the opportunity to be part of FPR,” says Davison, who spent three seasons with Stone Brothers Racing before competing in the Porsche Carrera Cup this year.

“I put all my efforts this year into getting into Charlie’s seat as it was my number one pick and was highly-sought by a number of drivers given the amount of success the team has had this year.

“The Car of the Future angle makes next year all the more exciting and the fact FPR are further ahead than just about anyone else with their preparations gives me a great deal of confidence.

“I am going into the test with a very open mind. I’ve heard what Will thinks of the new car but for me it is a chance to get some laps in before the break and also a chance to meet the team before we start working together properly in January.”

Schwerkolt, who takes back his REC (Racing Entitlements Contract) after it was used by Dick Johnson Racing this year to run James Moffat under the #18, says the 33-year-old brings the right mix to his new team setup.

“Alex is a great talent and one that deserves a drive at the highest level so I am very pleased he will be driving my car next year,” Schwerkolt said.

“His experience both in V8 Supercars and the Carrera Cup means we can immediately aim to be a contender at the front of the field.

“FPR’s Car of the Future program is very advanced and alongside the team’s three very talented drivers I think my car, with Alex in it, ensures all four factory Fords will be in the mix from the first race.”

Davison drove full-time in the V8 Supercars Championship in 2005 for Larry Perkins before spending two years in Carrera Cup and 2008 racing Porsches overseas in the Le Mans Series.

He returned to drive in the V8 Supercars Championship between 2009 and 2011 for Stone Brothers Racing in the #4 IRWIN Falcon.

He finished 11th in the 2011 V8 Supercars Championship and drove a Porsche this year for McElrea Racing, finishing third behind Craig Baird and Jonny Reid in the Carrera Cup.

Davison co-drove the Norton Falcon with James Moffat at this year’s endurance races, finishing 10th at Bathurst and keeping a 100 percent finishing record from nine consecutive starts at The Great Race.

His best V8 Supercar results remain a pair of second places – both in SBR’s IRWIN Falcon – at Hidden Valley in 2009 and in Abu Dhabi last year.