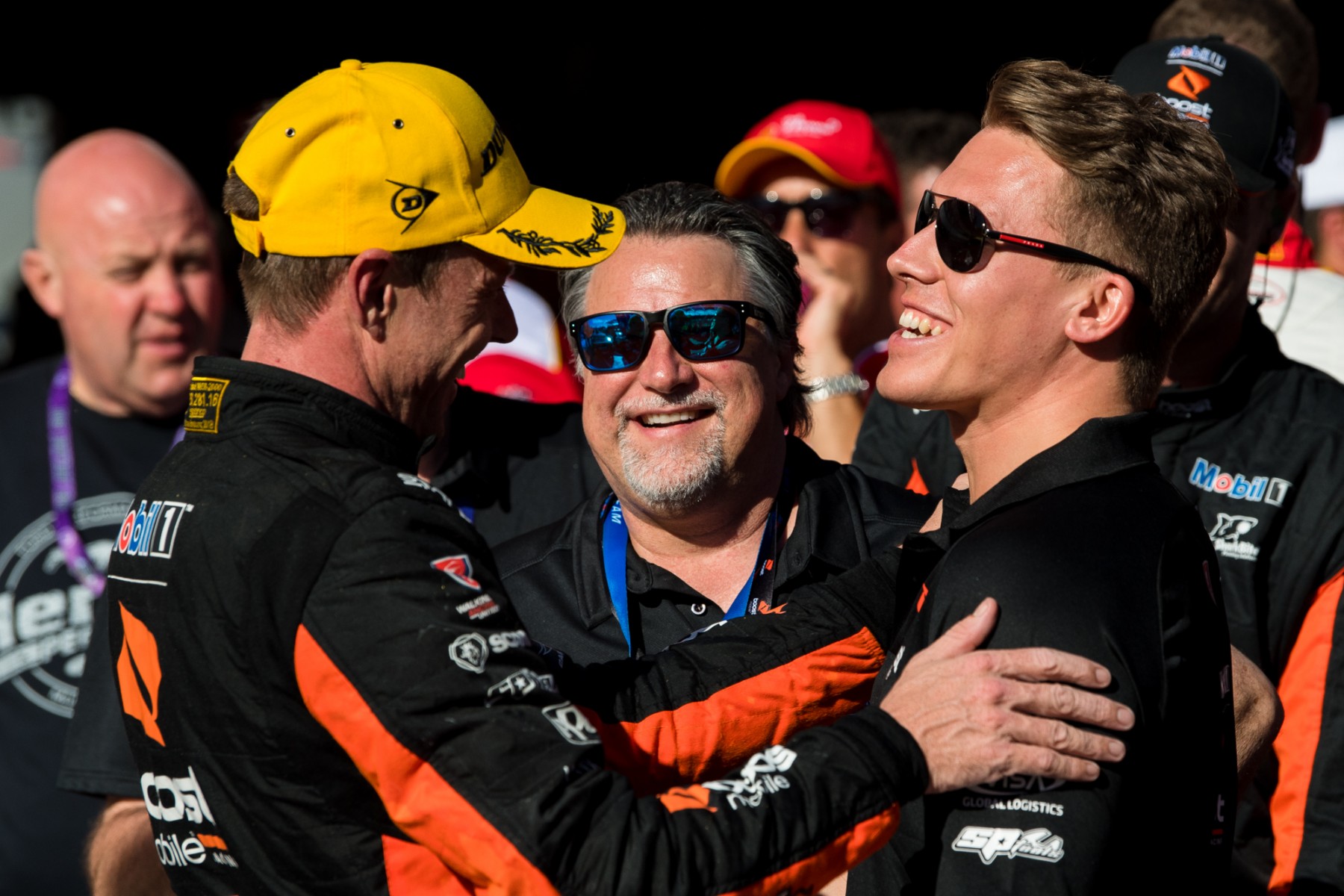 The American racing legends were at the circuit watching the progress of their respective teams over the weekend, which marked Andretti's debut as a Supercars owner.

Penske and Andretti have a long-standing rivalry in the Unites States, mainly in IndyCar, where they field two of the three heavyweight teams.

Their battle continues in Australia after both partnering with local teams, Penske buying into Dick Johnson Racing for 2015, and Andretti taking a slice in the former Walkinshaw Racing.

“It’s a good thing to be ahead of those guys, that was one of our goals,” Andretti told Supercars.com.

“We’ve made no secret that one of our motivations for coming down here was to race Roger, so of course we want to beat him.

“I know it’s way early days, but to come out of the first race ahead of them is really exciting.

“We caught up a couple of times over the weekend. It’s a fun rivalry that we have.” 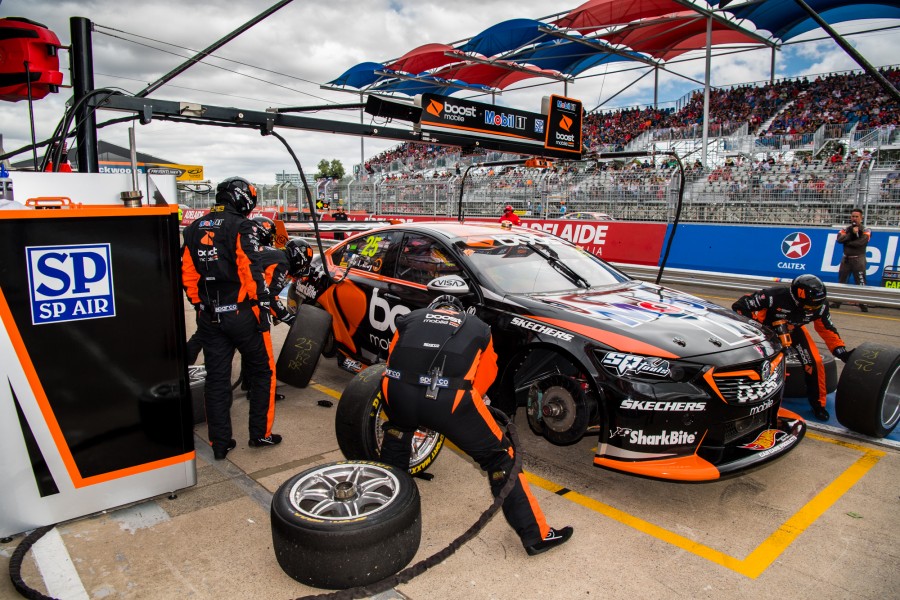 James Courtney led the charge for Andretti at the weekend, scoring second and sixth in the two races.

The Sunday result came despite a buckled wheel from practice being inadvertently put on the car in qualifying, resigning the 2010 champion just 14th on the grid.

Adelaide is traditionally a strong track for Walkinshaw and Courtney, leaving the jury out as to whether the team can be contenders over the season.

“We didn’t know what to expect, but I had a good feeling on Thursday; you could just feel there was a lot of confidence in the garage area,” said Andretti.

“I think we made some gains over the winter [Australian summer] and it really showed.

“We obviously had some problems in qualifying, but we were still able to salvage two top 10s out of it, which is encouraging.

“Coming out of Adelaide leading the teams’ standings and having a driver in third with James is not bad.

“Now we’ve just got to keep doing it race after race.”

Courtney stressed after Sunday's race that he feels the team has made a genuine step forward under the technical leadership of Carl Faux, with upgrades from the United States also coming for Albert Park.

Scott McLaughlin finished third on Saturday and scored provisional pole Sunday, only to finish 10th after a mid-race puncture.

Team-mate Fabian Coulthard meanwhile had a shocker, off the pace all weekend to be 20th in the drivers’ standings, 15 places behind McLaughlin.