The V8 Supercars family has paid tribute to Holden after it brought up its 500th win.

V8 Supercars has described Holden's 500th win as an "incredible achievement" for the sport.

V8 Supercars CEO James Warburton said: "The commitment of Holden to the Supercars Industry and our passionate fans over a long period of time has set an extremely high benchmark for the sport.

“We look forward to Holden continuing to make a significant contribution to our sport for many years to come.”

“To be able to win races in such a competitive series as Australia’s V8 Supercar Championship is only achievable through the passion, dedication, hard work and skill of great people.

“We sincerely thank each and every one of the many Holden team members and drivers who have contributed to reaching today’s unprecedented 500th championship race win – we are very thankful and proud of them all.”

McNamara said it was also satisfying that Holden met the many challenges it faced throughout the years, including major changes in series technical regulations.

“Holden’s record 500 championship race wins have come from many different eras and formulas, from Improved Production, to Group C, the Group A world category, the V8-only regulations, to today’s Car of Future platform,” McNamara said.

“We are extremely proud of Holden’s ability to tackle the changes of each era head on and successfully meet their challenges.”

"It's awesome to be able to win such an important race for Holden – the company has been the backbone of Australian motor racing for so many years and I'm honoured to have been able to have contributed a few of the wins to the 500 over the past couple years," van Gisbergen said.

"I'm stoked for Holden and everything they stand for in motorsport." 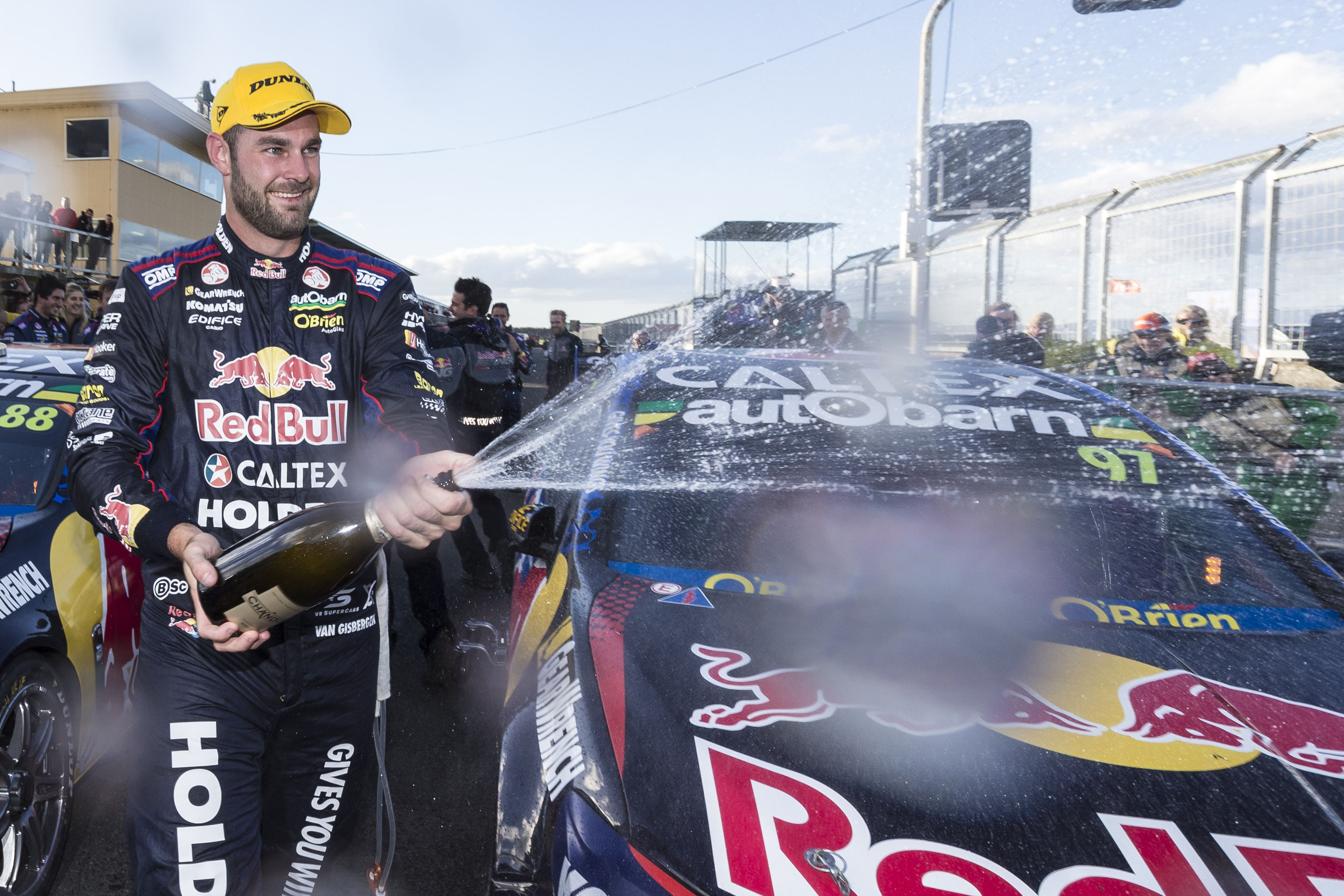 "I am extremely proud that it was Triple Eight Race Engineering and Red Bull Racing Australia that brought up Holden's 500th championship race win," Dane said.

"My relationship with [Holden parent company] General Motors goes back over 20 years and it is a privilege to race under the Holden umbrella, and very special to bring the 500th victory to the brand."