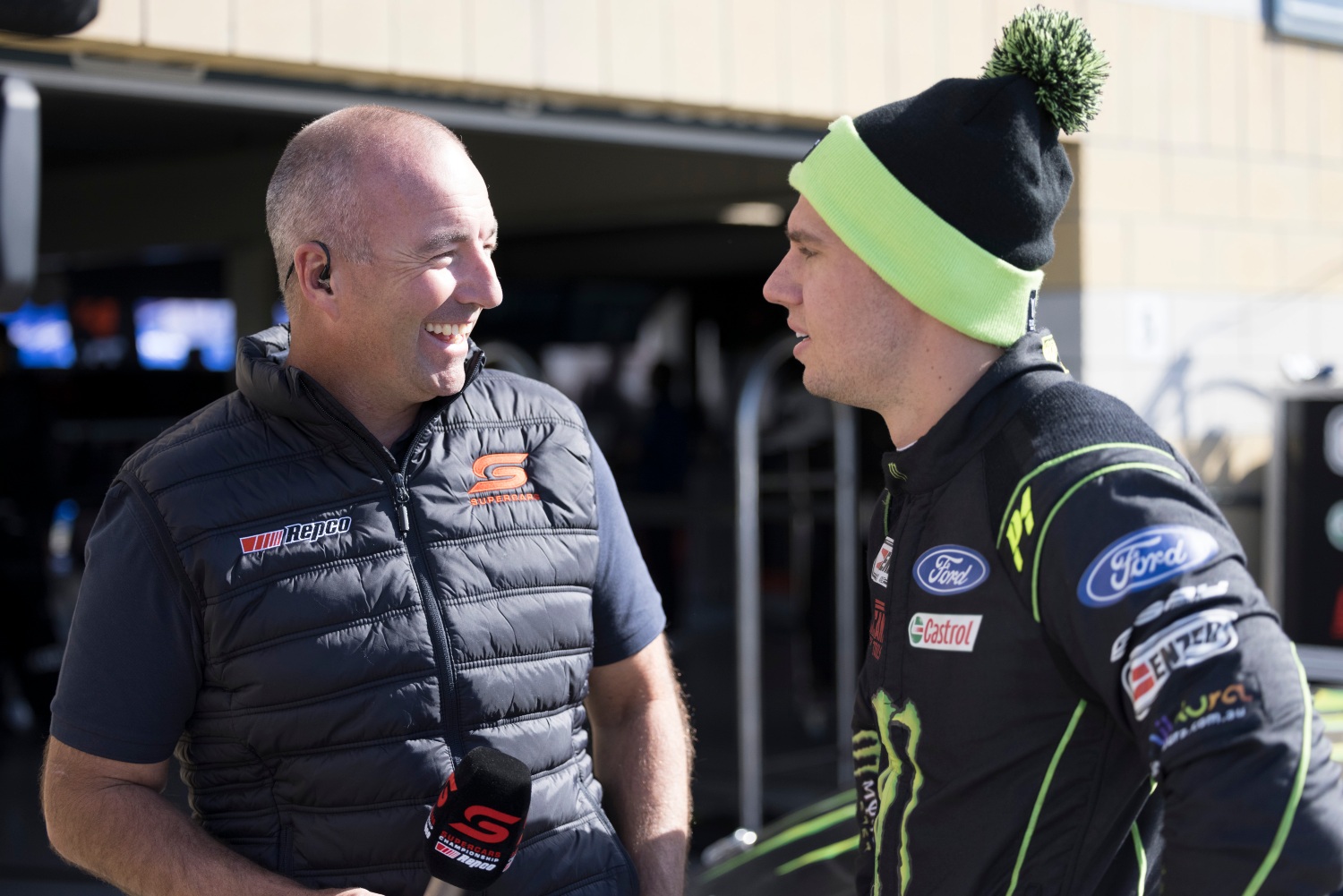 After a successful debut at Symmons Plains, Marcos Ambrose will return to the Supercars broadcast team.

The two-time series champion will return behind the microphone for next weekend’s Winton SuperSprint, before joining the broadcast team for the Repco Bathurst 1000 and Boost Mobile Gold Coast 500.

The 28-time race winner was a popular addition to the broadcast team in Tasmania, and even had the opportunity to steer a Shell V-Power Racing Team Ford Mustang.

“Tassie was a real whirlwind for me, but I really enjoyed my position in the broadcast team.

“I enjoyed being able to look at the races critically, and to be able to share that with the fans was great.

“I enjoyed it much more than I thought I would; I was intimidated at first, but everyone welcomed me in with open arms and I had a great time.

“I can’t wait to do it again, starting with Winton next weekend.”

Ambrose’s addition to the team was a hit with fans, who enjoyed the Ford legend’s insights into the current crop of drivers and teams.

“I’m looking forward to going to Winton and seeing the progression of the season,” he said.

“I’m keen to see where the drivers and teams are at, and their hunger to win.

“I remember talking on the Saturday at Symmons Plains, and asking if Shane van Gisbergen was ever going to get beaten.

“By Sunday, he had already been beaten! So it was great to see the teams fight and see who could get on top.” 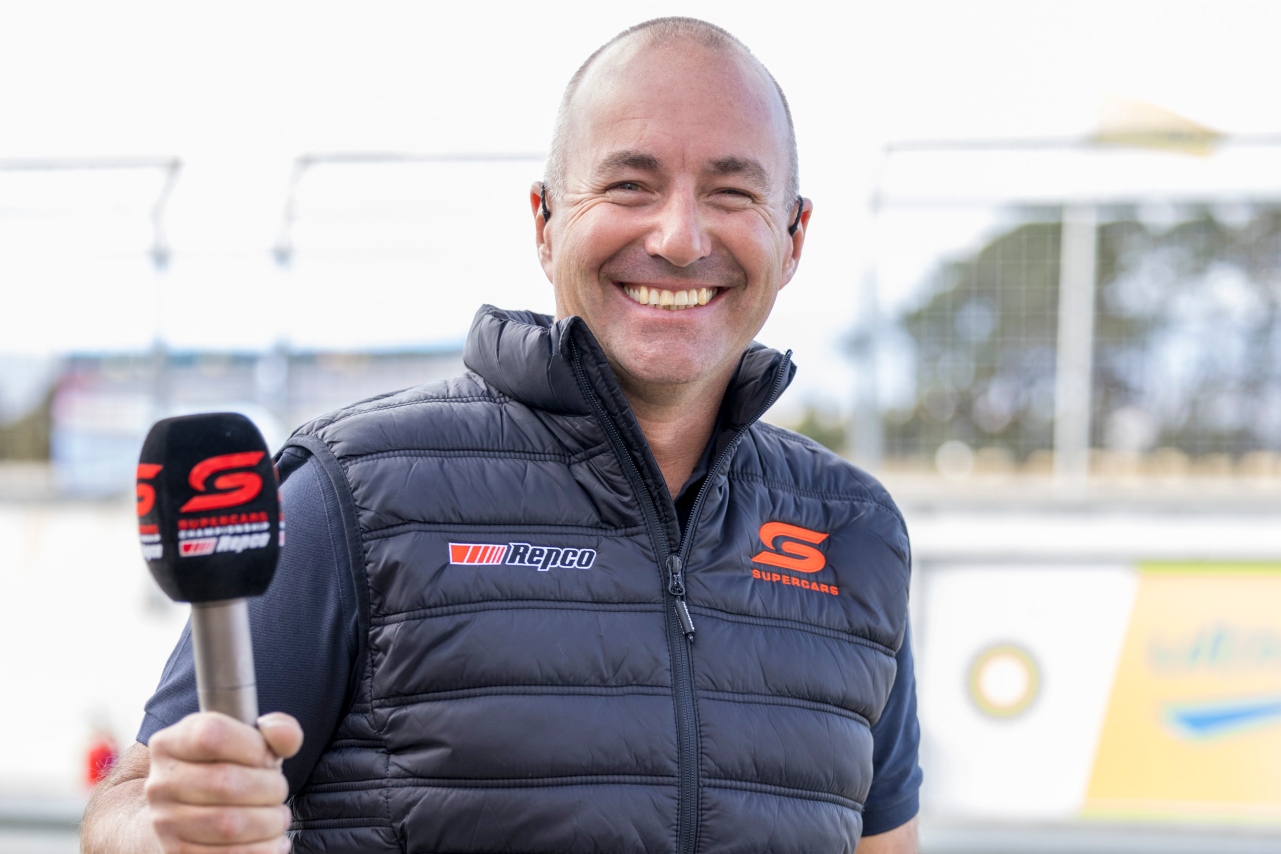 Ambrose is no stranger to Winton Motor Raceway; he took pole position in 2002 and 2003, and won the sole race in 2003 en route to his maiden drivers’ title.

With an eye on the 2021 title fight, Ambrose believes the Winton event will provide another key turning point in this year’s championship battle.

“There has been a big shake-up of results since Tasmania,” he said.

“A point of interest for me heading to Winton is who will put their hand up and be the new leader of the pack, because they seem to be sharing the baton around.

“Winton has the slowest average speed on the calendar, and is one of the toughest places to pass.

“It’s a track of discipline, but it also rewards aggressive driving.”

October will also mark Ambrose’s maiden broadcast stint at Mount Panorama, before he returns to the team for the Gold Coast season finale.

“I haven’t been to Bathurst for many years, certainly from a broadcast position,” he said.

“Bathurst and Surfers Paradise are feature events; it’s a great combination of events for me to be with the Supercars team.

“I’m thankful for Nathan [Prendergast, General Manager, Television & Content] and everyone in the Supercars TV team for inviting me back.

“I hope to do the broadcast proud, the sport proud and the fans proud.”

Prendergast added: “We’re delighted to welcome Marcos back to the team for Winton, as well as Bathurst and the Gold Coast.

“We loved his insights into the racing in Tasmania, and to have someone with his experience and authority was extremely beneficial.

“We can’t wait to have Marcos back at Winton, as well as Bathurst and the Gold Coast.”