Marcos Ambrose says he felt ‘right at home’ during his first laps in a racecar since 2015 during a Ford Mustang NASCAR demo on the streets of Adelaide.

But, having sensationally cut short his Supercars comeback in early-2015 after three events – only returning for that year's enduros – Ambrose is showing no signs that a racing return is on the cards.

Ambrose won the Supercars title in 2003 and ‘04 with Ford, before moving to the United States, racing in NASCAR for nine seasons.

After his brief Supercars return, he’s steered clear of track driving, only feeding his competitive nature via online sim racing.

“Look, I’m here to celebrate Mustang, Dick, Penske and Scott,” Ambrose said when asked by Supercars.com whether he expects to ever race a car again.

“Scott, to finally win this championship, and just to be part of the relaunch of Ford’s commitment in Australia and racing in general.

“It’s just an opportunity that I wanted to be part of.

“I did think about it for a day and I thought ‘yep, I want to be here and celebrate the Mustang, Dick Johnson Racing, Team Penske and everyone involved’. 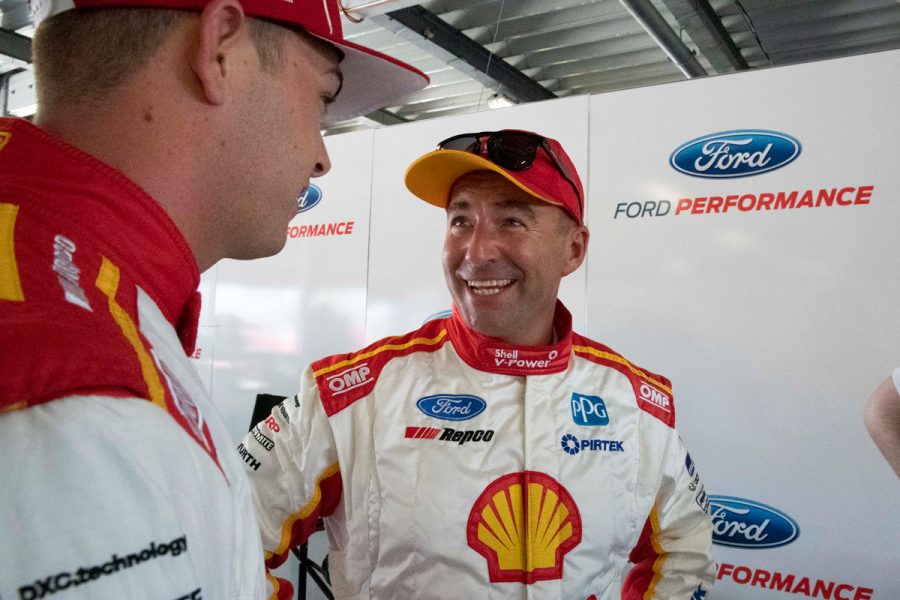 Although Ambrose says he’s still “engaged in racing” through friends in the industry, he admits he’s not even watched a Supercars race on television since his retirement.

Living in his native Tasmania, Ambrose has busied himself with other projects, including establishing a wilderness lodge in the state’s Central Highlands World Heritage Area.

“Everyone is busy in life, business moves on, life moves on, the kids and family move on, that’s what I’ve been doing,” he said.

“Stepping out of racing doesn’t mean you turn your life off. I’ve been based in Tasmania, just living.

“I’ve got bibs and bobs around the place, I’ve got a little tourism venture in Tasmania which kept me busy for a couple of years, then just doing a bit of other stuff, just business.” 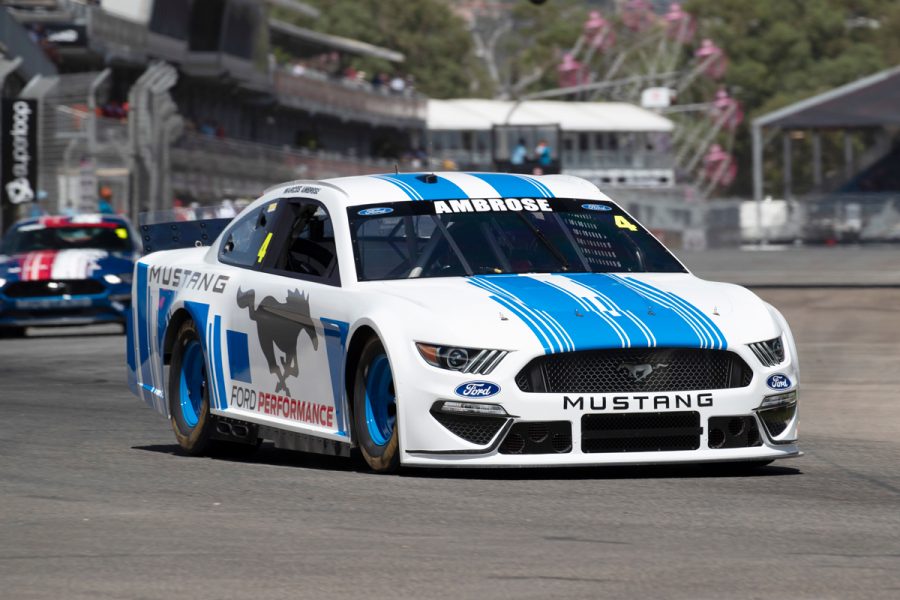 The NASCAR driven by Ambrose is a genuine, 2019 model built by Team Penske in the United States, dispatched to Australia specifically for the weekend’s three demos.

His last NASCAR race was at Homestead in Florida in November 2014.

“Jumping into the NASCAR, it felt right at home to be honest," said Ambrose.

"Jumping into the left-side, to me feels right, but driving it on this track felt all wrong.

“This car is not a nice car to drive on the streets of Adelaide, in the sense that it’s a tank, a very bumpy ride out there.

“We only got a couple of laps at it, so I’m looking forward to tomorrow, seeing if I can drive it a bit harder and have some fun.”