‘Almost killed each other’: No team game in Race 15 battle 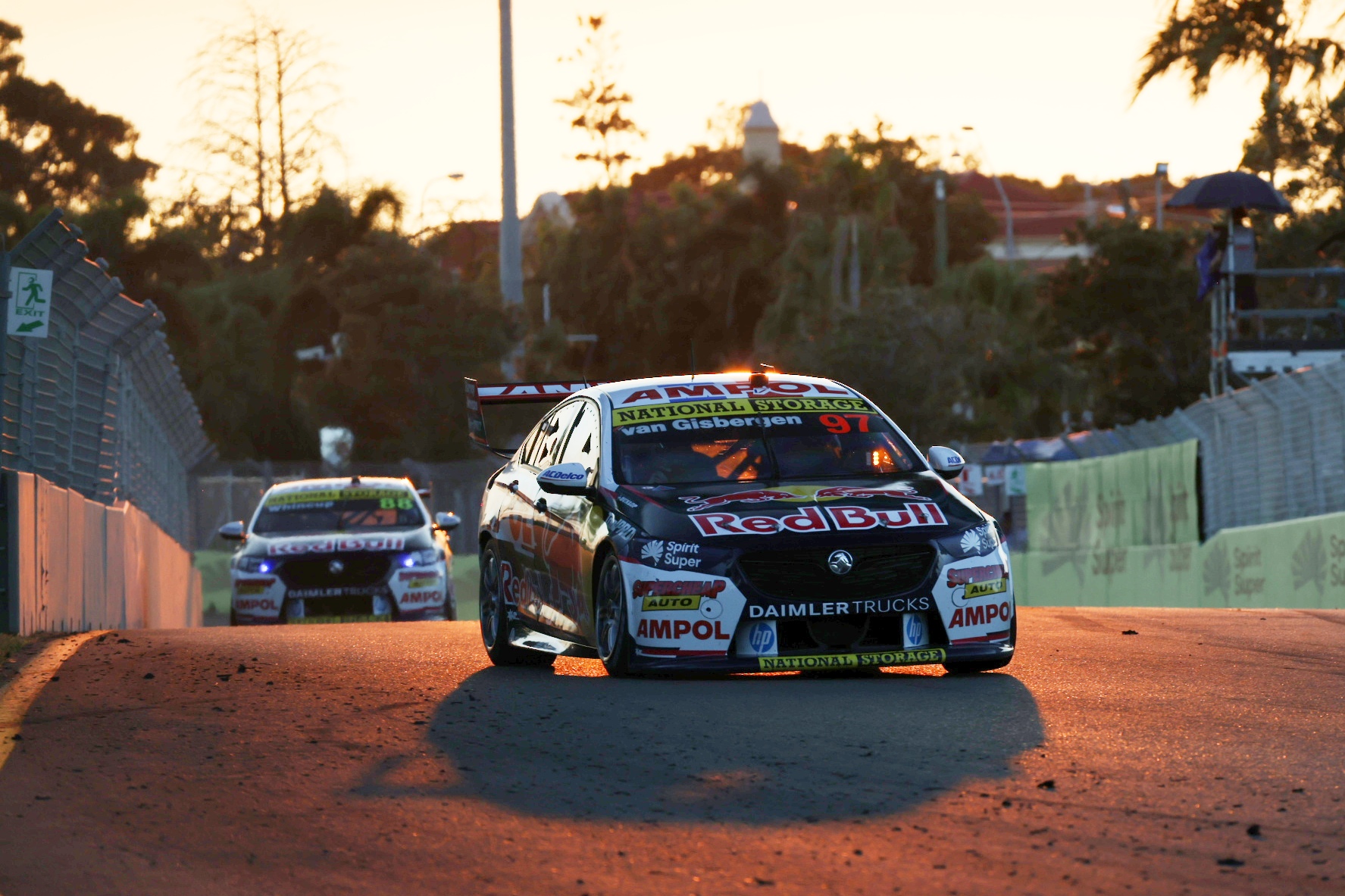 Van Gisbergen hunted down race-long leader Whincup and made the winning pass on lap 70 of 87.

It denied Whincup a 13th win in Townsville, with van Gisbergen driving away to a ninth victory of 2021.

It was an engrossing battle between the two drivers, and one their rivals had no answer to.

Anton De Pasquale, who finished third, was nearly 40 seconds down the road from van Gisbergen.

While the two Holdens weren’t in direct combat - it was a race of strategy and speed - Whincup said after the race he and van Gisbergen “almost killed each other” in pursuit of victory.

"We race flat out,” the seven-time champion said.

“There was quite a big gap back to third and we could have easily played the team game and backed it right off, but there’s a lot of people who paid a lot of money to come this weekend and a lot of people tuning in on TV.

“They don’t want to see a couple of cars cruising around collecting points - they want to see us going flat-out - so hopefully they appreciated the fact that we both almost killed each other just trying to get the win today.

“The cars were fantastic; we ended up way up the road.”

Van Gisbergen lost his advantage earned by starting from pole immediately, with Whincup building a five-second lead in the first stint.

The series leader ran longer in the first stint, but forced his way back into contention with a strong second stint.

With 18 laps to go, van Gisbergen made the move on Whincup, who had nothing left to challenge his teammate in the end.

“My start was good; his was just a little bit better and he cleared me,” van Gisbergen said.

“Then in my first stint, my car felt really average - just dirty air - and as soon as I got in clear air in my second stint and new tyres, my car was awesome, it came alive again. 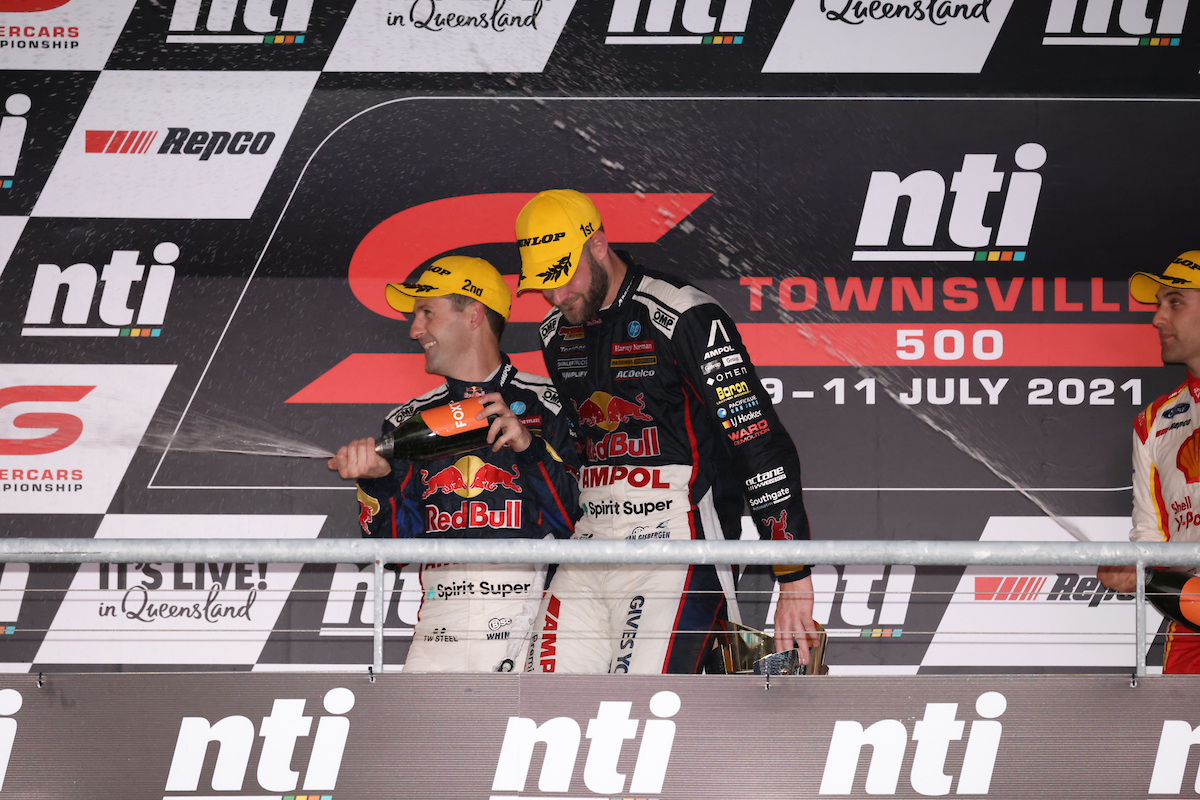 “The gap was a bit larger than I thought it was going to be - I lost a fair bit of time in traffic at the end of that first stint - and then just chipped away and saved the tyres, but the speed was quite good as well.”

The two Red Bull Ampol entries was untouchable, setting up another dream Sunday as the team aims for 11 wins in 16 starts this season.

Van Gisbergen has been responsible for nine of them, and heads into Sunday with an extended 233-point lead.

It came at a physical cost, with van Gisbergen exhausted after the near wo-hour, 250km epic. 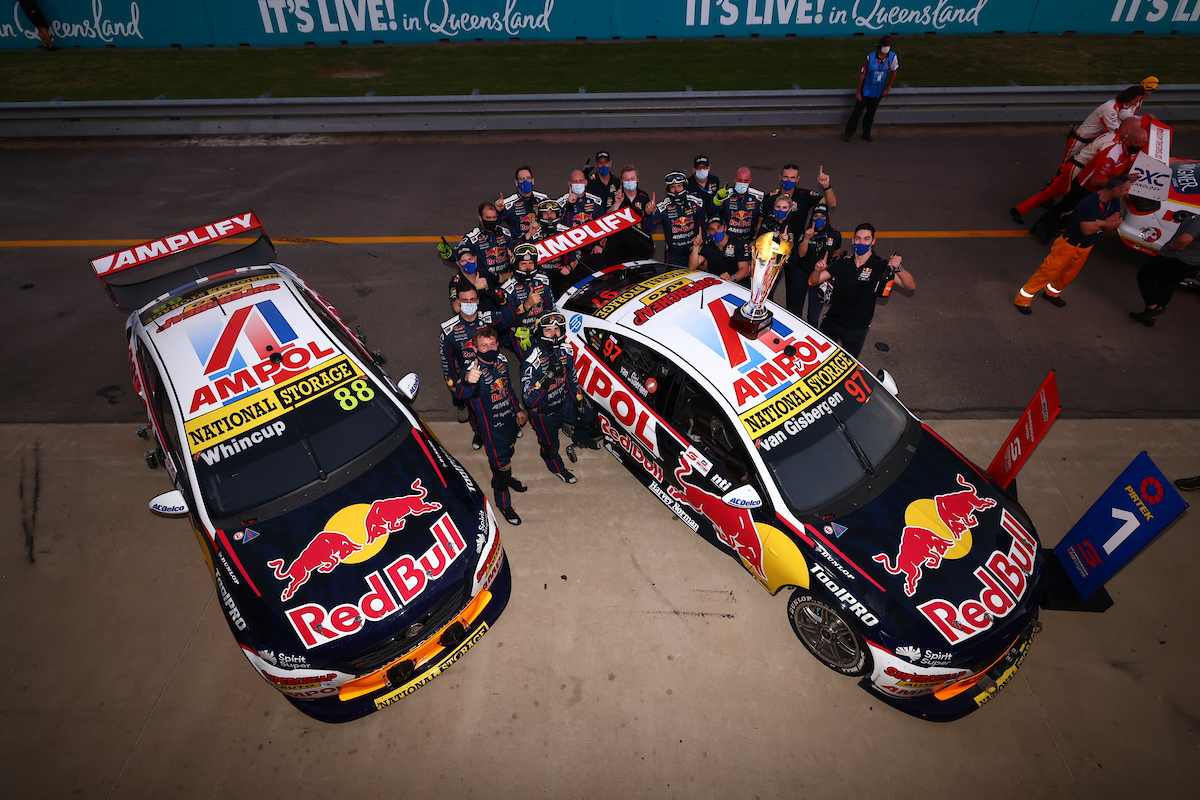 “Our engineering group and the mechanics, guys at the shop - it’s amazing how good our cars are this weekend.

“It was a long, tough race - we knew it was going to be - and I probably put too much energy into the racing.

"I was knackered at the end there. Our cars were awesome but this track - you just have to be on it the whole time, and no time for rest, really.

“I’m feeling it, but I’ll be fine tomorrow.”

Cars will return to the track for ARMOR ALL Qualifying at 10:10am AEST on Sunday.