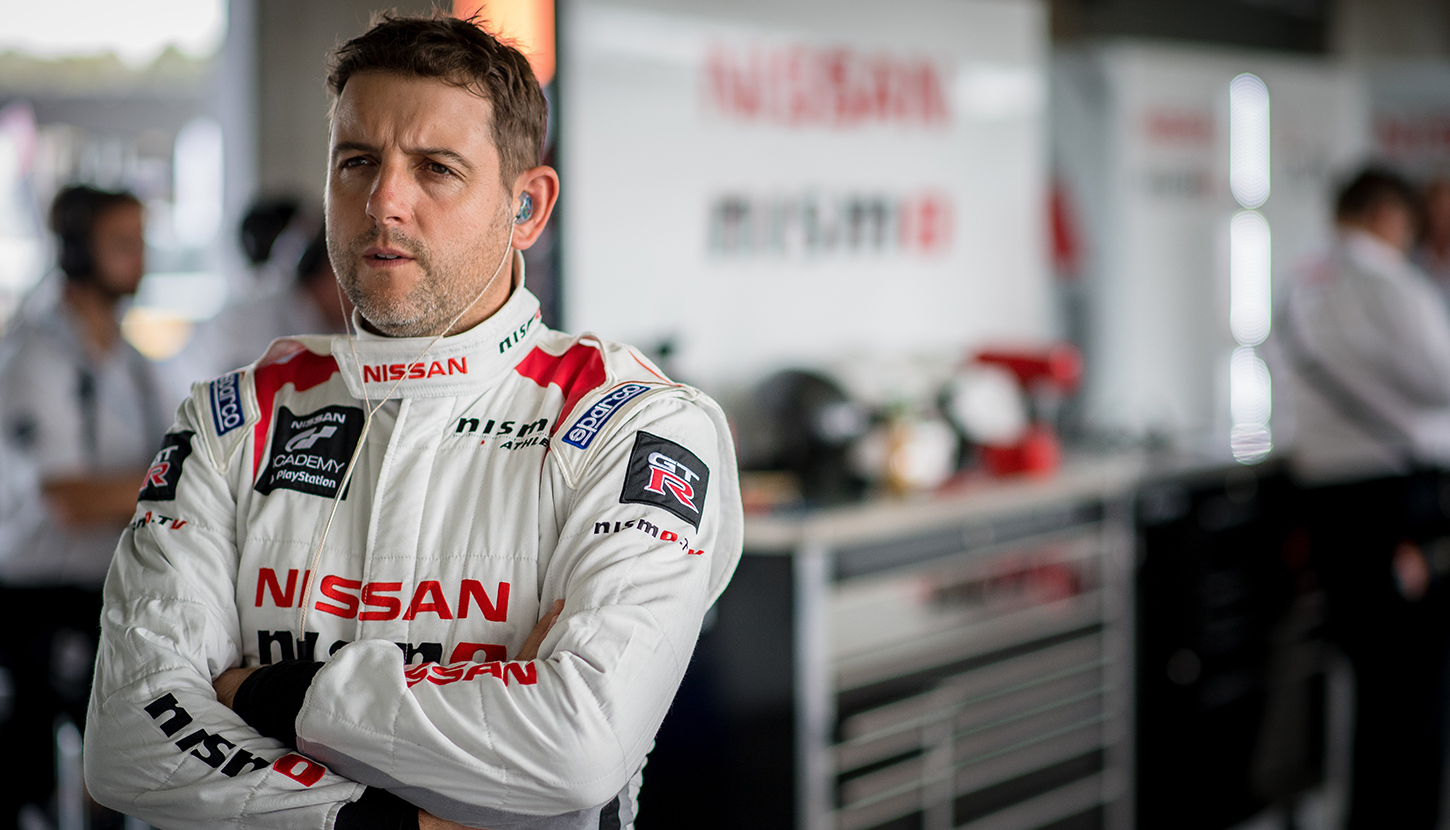 Former Supercheap Auto Bathurst 1000 winner Todd Kelly’s Bathurst 12 Hour debut is back on track after an all-nighter from the Nissan Nismo team.

The 37-year-old’s participation in the race was thrown into question after co-driver Florian Strauss crashed heavily at Sulman Park in yesterday’s third practice session.

Utilising a chassis jig from a local mechanic, the Nissan crew worked all night in order to return the #24 GT-R to the circuit partway through this morning’s final practice.

Noting the relative difficulty of repairing a GT3 car compared to his own team’s fleet of Altima Supercars, Kelly says that the GT-R performed strongly this morning.

“We weren’t 100 percent sure if it’d be back out at all with the damage it had,” Kelly told Supercars.com.

“An hour into the job there were still broken bits being pulled off the car, which is a lot different to what we’re used to.

“On a Supercar you pull the rail extension off, the front bar and a few bits and pieces and you can normally just start bolting everything back on relatively quickly.

“But the amount of parts that get damaged on these cars is quite substantial.

“With the chassis, there’s no bolt-on rail extension, it’s all chassis right up to the front and when you start bending those pieces it gets pretty serious.

“But the local guys up here brought out all sorts of bits to push, pull and weld it all up. 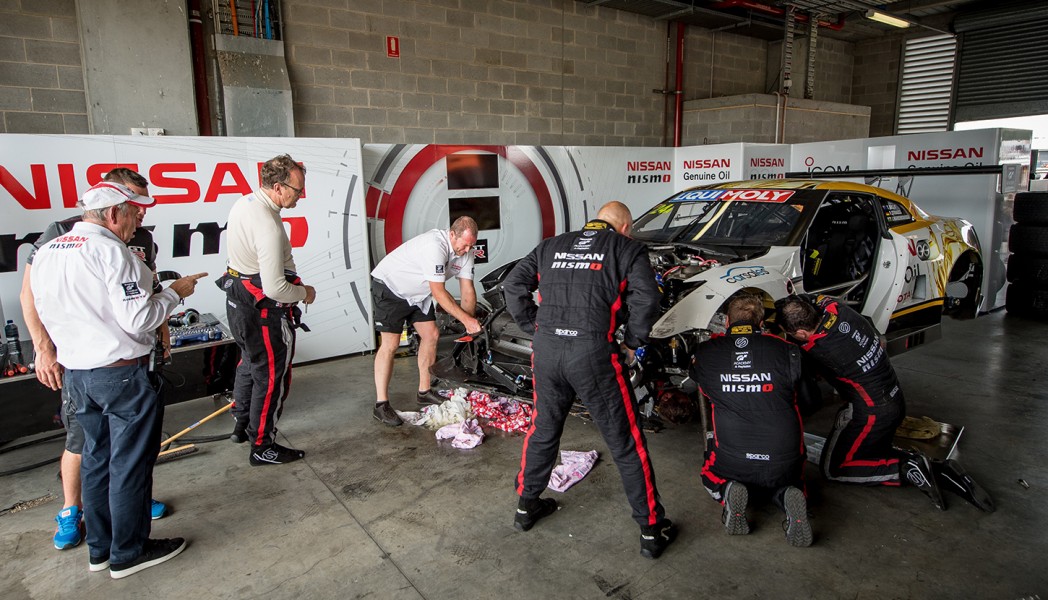 “The team worked through the night to get the car back out which was a massive effort.

“They did a great job of getting it back to where it should all be and Jann (Mardenborough, co-driver) reported that everything felt fine and that the steering was straight in that session.”

Although eager to get back behind the wheel, the Supercars veteran downplayed the setback ahead of tomorrow’s race.

“I think I’m up to about four laps, but I’ll go out again in qualifying and I’m sure that halfway through the first stint tomorrow I’ll be comfortable in the car,” he said.

“It’s not a big deal where you are for the first few hours when you’ve got 12 hours to sort yourselves out.

“I think we’re still in a good position for Sunday.”

There will be no rest for the Nissan team this morning, however, after Katsumasa Chiyo clipped the concrete in the sister #23 entry during the 60 minute practice session.

A misjudgement through The Esses damaged the right-front corner of Chiyo’s #23 GT-R, which is being co-driven by Supercars driver Michael Caruso.