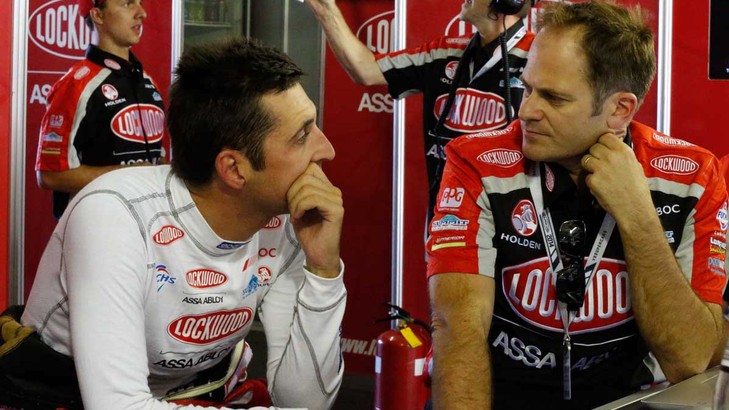 The final practice session has been run at the Clipsal 500 Adelaide and yet again all five manufacturers were represented in the top 10.

Lockwood Racing’s Fabian Coulthard has topped the time sheets once more, with a 1min20.9317.

Scott McLaughlin – who starts from second position on the grid in today’s second race – was just 0.0069sec behind in his Volvo S60, continuing the strong form, despite debuting the car at a race meet.

Coulthard’s teammate Jason Bright in his Team BOC Holden Commodore was third in the times, just 0.05 off the top.

Meanwhile, you have to look down to 16th to 20th to find James Courtney, Garth Tander, Craig Lowndes, David Reynolds and Mark Winterbottom.

The session ran without interruption, though Scott Pye had a big moment, spinning at turn four with 12 minutes to go in the session. The Wilson Security driver finished the session 15th.

Race one begins at 4.20pm local time, with Whincup starting from ARMOR ALL Pole Position, his Red Bull teammate Lowndes lining up alongside.