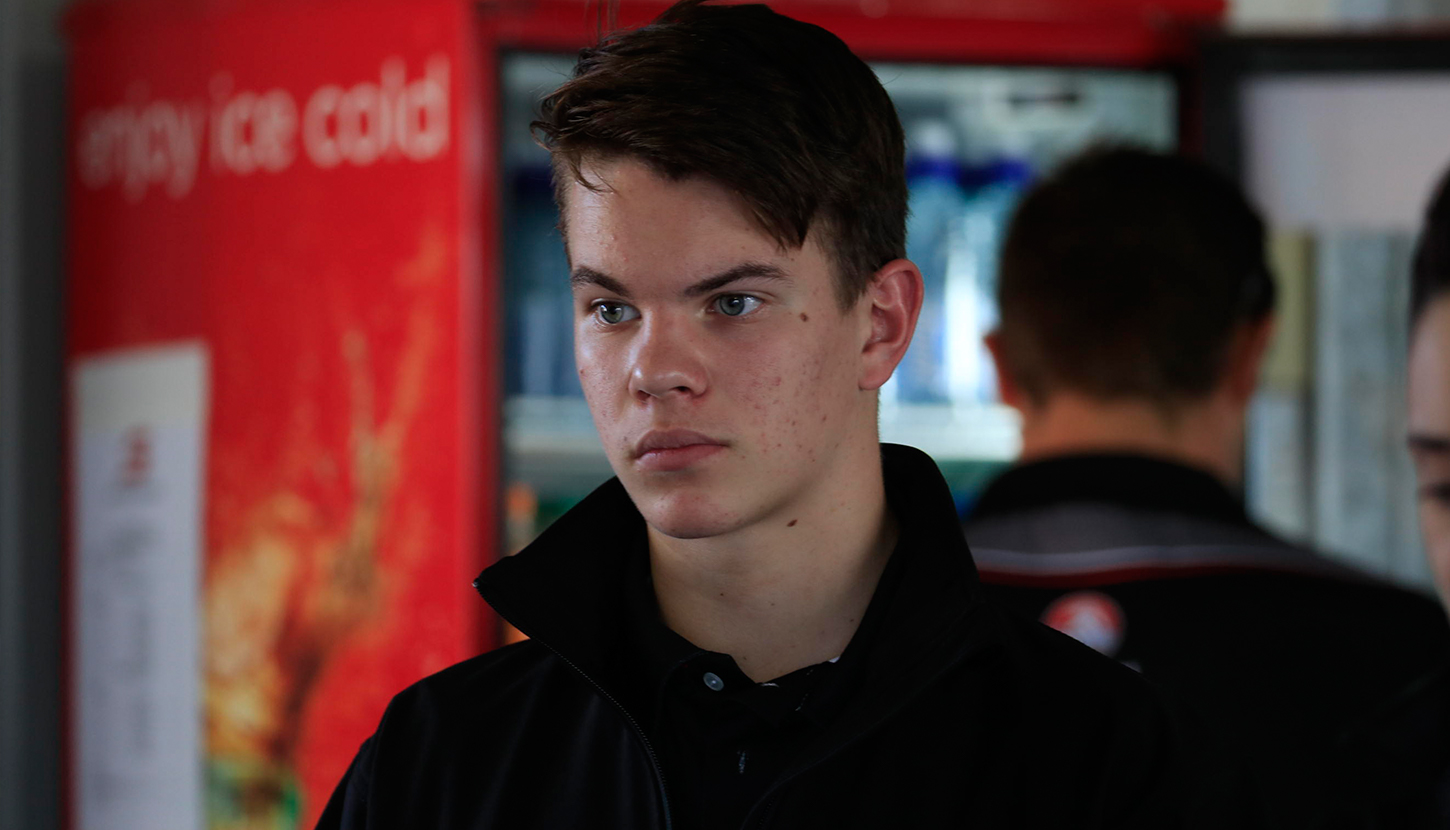 Young gun Alex Rullo became the youngest driver in history to drive in the Virgin Australia Supercars Championship when he piloted Andre Heimgartner’s Commodore in practice one at the Woodstock Winton SuperSprint today.

In what could be an audition for a future Pirtek Enduro Cup drive, Rullo described the experience driving alongside his heroes like Craig Lowndes and Mark Winterbottom as an exciting opportunity.

“I only got a few laps but it was awesome,” Rullo told supercars.com.

“I was a little bit nervous, especially having people like [Jamie] Whincup in your mirrors coming up behind you.”

The Perth-based talent turns 16 in June and contests the Supercars Dunlop Series for Lucas Dumbrell Motorsport.

Rullo is working to continuously improve his results after a top 10 finish at his home track in Perth last round.

He said he was surprised at the similarities between his Dunlop Series car and Heimgartner’s main game machine.

“It wasn’t too much different to my Dunlop Series car, obviously with it being the same Car of the Future,” Rullo said.

“I didn’t really have any expectations because I knew it would be a lot tougher than the Dunlop Series.

“It’s a lot easier when the whole field is full of experienced people, instead of a lot of developing drivers like the Dunlop Series."

Rullo completed the additional driver’s session, and expected that to be the end of his day, but was surprised when the team chose to leave him in the car for the first of the main-driver sessions.

“We put soft tyres on and the team threw me in for about five laps to see what I could do,” Rullo said.

It was also the first time he had experienced the Dunlop soft tyre, enjoying the challenge of the additional speed the softer compound provided.

“They felt a lot better, a lot more grip allowing for a lot more load on the tyre.

“At the end of the day it was an awesome experience and I think I adapted pretty well to the car”.

The Dunlop Series will next hit the track at the Castrol EDGE Townsville 400, from July 8 to 10.