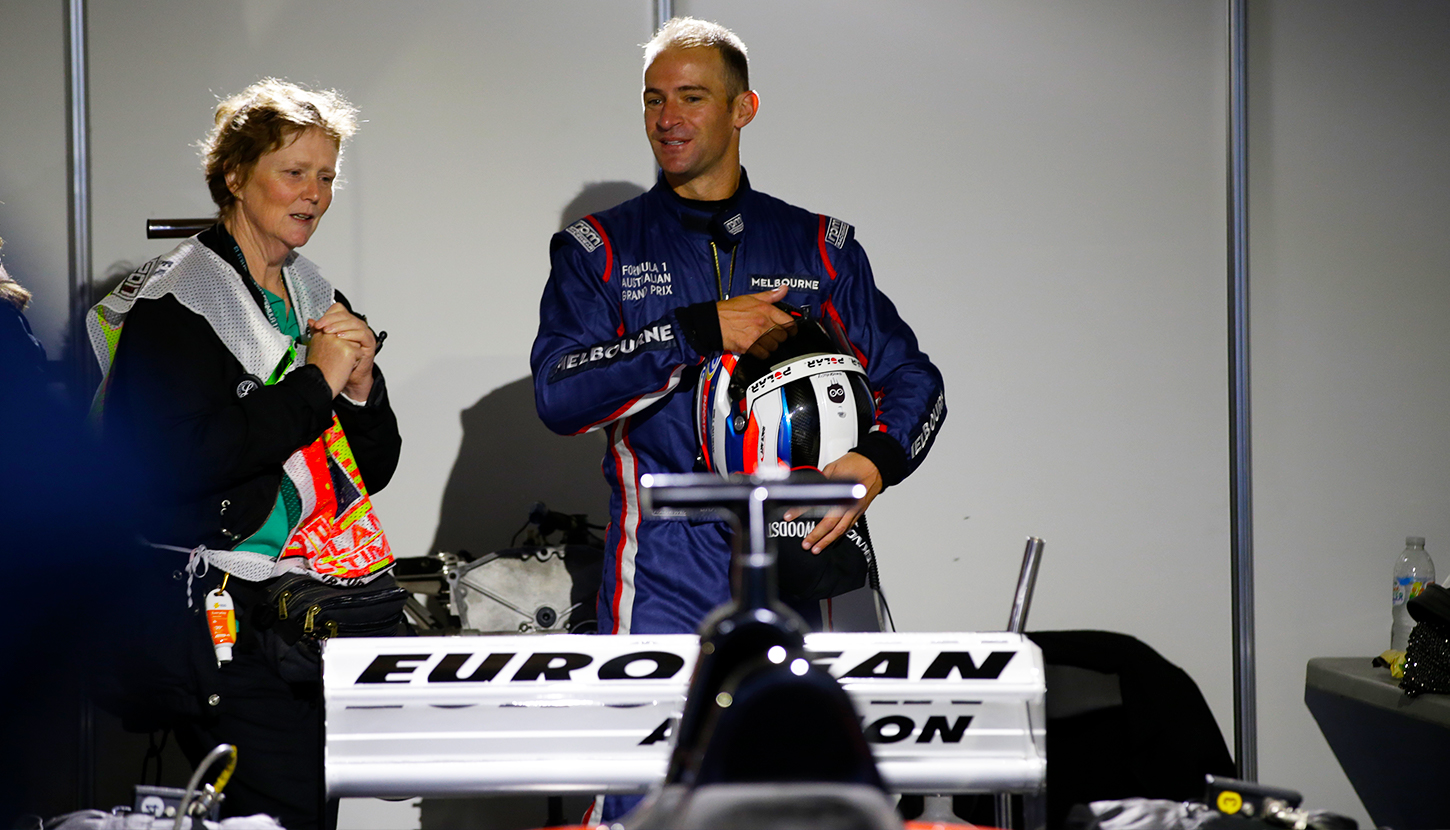 It may not be the race seat that he once dreamed of, but Supercars star Will Davison is lapping up the chance to drive Formula 1 machinery at Albert Park.

Davison briefly drove the car at Bathurst in 2014 and jumped at the chance to return to the wheel at Albert Park.

The airline magnate gave Davison his sole Formula 1 test in 2004 with his Minardi team, marking the pinnacle of the youngster’s open-wheel career.

Having returned home to focus on Supercars the following year, Davison says driving F1 machinery of any kind at Albert Park is a genuine thrill.

“It’s a bit tongue in cheek but no matter what, I’ve driven an F1 car at Albert Park,” Davison told Supercars.com.

“I get goose bumps hearing the car with someone else driving it, so being in it this weekend is really cool.

Although a long wheelbase car weighed down by a passenger, Davison says the ex-Tyrrell is well balanced and still pulls impressive g-forces under acceleration and braking.

“It spooks you out a bit when you first get in it because it’s so foreign, but after a while you are part of the car and it’s an awesome feeling,” said Davison.

“It’s pretty cool getting back into an open-wheeler with so much power and downforce, you forget that the sensations are so different.

“They’re so stiff, bottoming out a lot, a lot of buffeting on the straights and the braking is absolutely awesome.

“It’s obviously not a race spec car, but it’s a really nice feeling that you never get used to, the acceleration and the sensation of pulling 5g under brakes.

“Through the high-speed stuff it’s very stuck (to the track) because they wind a lot of wing into it, so the steering is very heavy.

“The wheelbase means it’s nothing mind-blowing in the slow-speed corners, but it’s a nice, predictable car to drive.”

Davison was a model of consistency in qualifying for the Coates Hire Supercars Challenge yesterday, recording 11th, 12th, 10th and 13th for the respective races.

Thursday at Albert Park also saw Davison’s grandfather Lex recognised with an entrance road at the venue named in his honour.

Will Davison  ›
Stay In The Know
Sign up to the Repco Supercars Championship Newsletter
We use cookies to ensure that we give you the best experience on our website. If you continue to use this site we will assume that you are happy with it.Ok