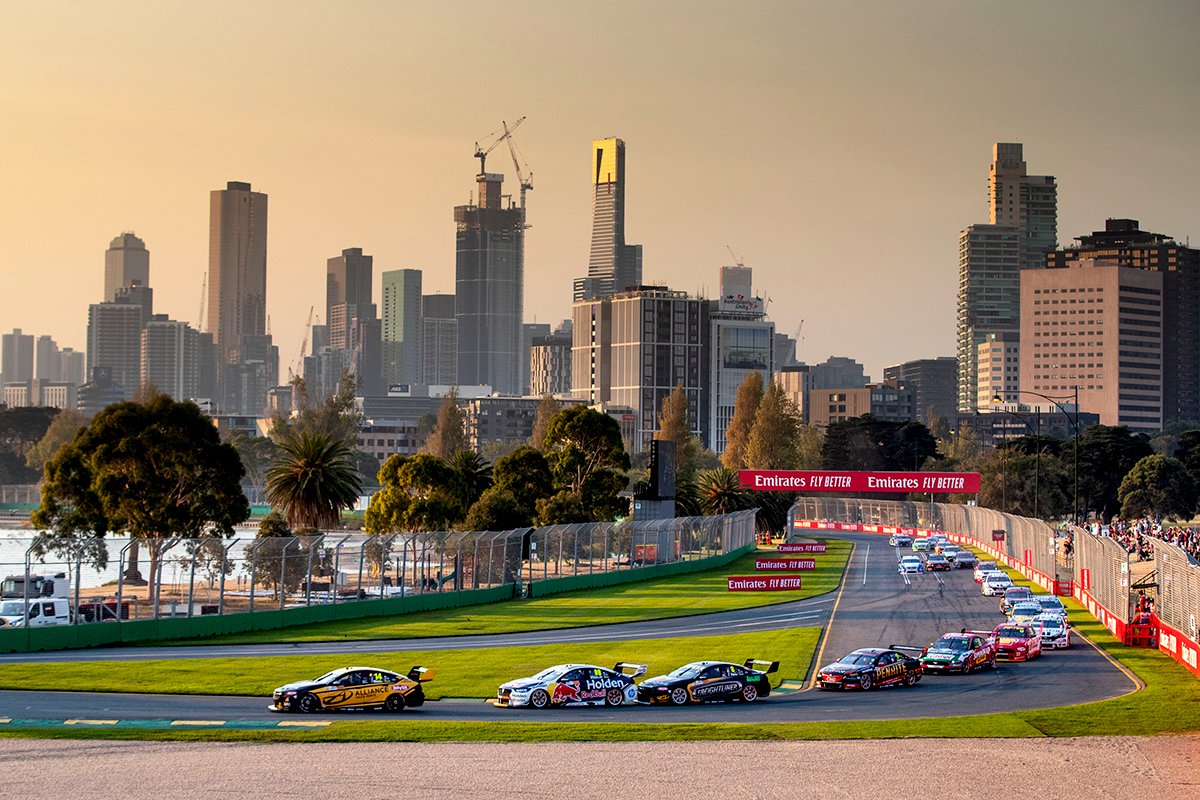 The date for Supercars' 2020 visit to Albert Park with the Formula 1 Australian Grand Prix has been announced.

Retaining its slot as the F1 season opener and familiar date, the Melbourne event will be held on March 12-15.

Supercars has raced for points at the Grand Prix for the last two years, with the Larry Perkins Trophy on the line across 400km of racing.

“Hosting Melbourne’s 25th Formula 1 race conjures excitement and interest, and as they said back in 1996, ‘Melbourne – what a great place for the race!’,” Australian Grand Prix Corporation CEO, Andrew Westacott, said.

“We’ve got the largest on-track program of any Formula 1 event in the world and combined with the amount and quality of off-track entertainment, there’s something for all and it’s an event that simply must be experienced.

“The date confirmation provides the opportunity for interstate and overseas visitors to plan a lengthy stay in Victoria.”

It is the second piece of the 2020 Virgin Australia Supercars Championship calendar to be locked in, after the season-opening Superloop Adelaide 500 on February 20-23.

The full calendar is expected to be released by the end of the month.

2019 Beaurepaires Melbourne 400  ›
Stay In The Know
Sign up to the Virgin Australia Supercars Championship Newsletter
We use cookies to ensure that we give you the best experience on our website. If you continue to use this site we will assume that you are happy with it.Ok