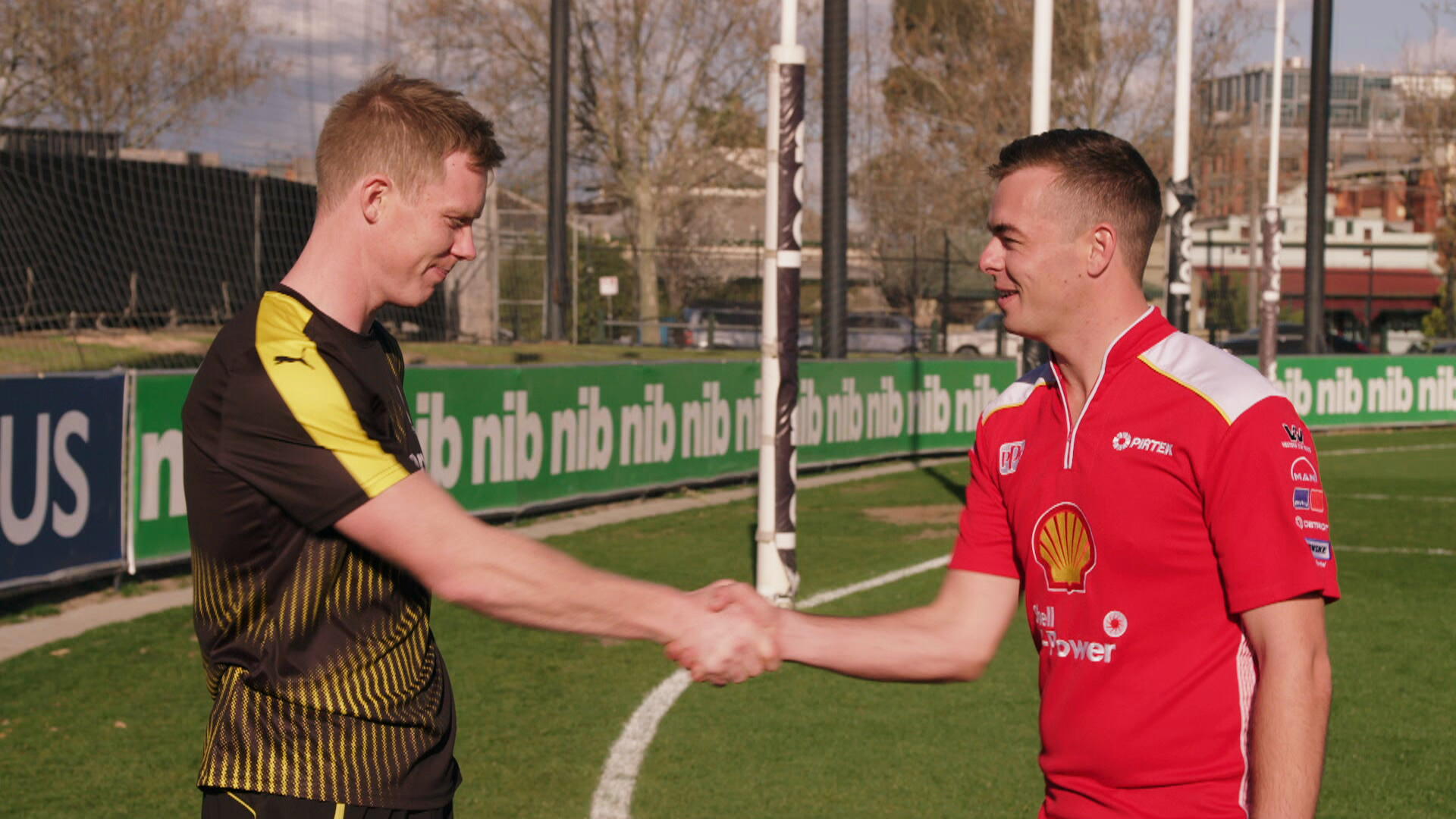 Scott McLaughlin will have Richmond AFL premiership hero Jack Riewoldt in his corner at Bathurst, as the driver looks to replicate his friend’s success.

Riewoldt - who kicked five goals in Richmond’s defeat of the GWS Giants last Saturday - will attend the Supercheap Auto Bathurst 1000 as a guest of McLaughlin.

The pair became friends after meeting on the set of Fox Footy program AFL 360, where McLaughlin is an occasional panelist.

Despite hailing from New Zealand, McLaughlin is a noted AFL fan, taking up Aussie rules football at school after moving to Melbourne with his family as a nine-year-old.

Last Saturday, McLaughlin was a celebrity kicker in the pre-game Longest Kick competition, before taking in the day with the Riewoldt clan.

“It was just cool to be part of the inner-sanctum, a little bit,” McLaughlin told Supercars.com of the Grand Final day experience.

“I’m a diehard Doggies [Western Bulldogs] supporter but I’ll support a mate any time and Jack was sensational on the day.”

It’ll be Riewoldt’s turn to soak up a new experience at Bathurst next week, where McLaughlin is chasing his first Peter Brock Trophy.

“He’s a guest of the team [Shell V-Power Racing], but he’s camping with his old man and brother,” explained McLaughlin.

“He’s never been before, he said it’s a bucket list thing for him. They’ll probably be on the cans a fair bit throughout the day!

“But it’s pretty cool to have him part of the crew.”

Good on ya bud @riewoldtjack08

Riewoldt reached out to McLaughlin after the driver’s devastating defeat in the 2017 Supercars finale, connecting him with Richmond’s mind coach Emma Murray.

McLaughlin says he's also learnt plenty off Riewoldt directly, talking "about a lot of things, just how he goes about his play.

“In the prelim he didn’t have the best run and then came out and booted a whole heap of goals the next week and was nearly best on ground. The elite don’t play two bad games in a row.

“Just being able to talk to someone who’s at the top level of a sport in Australia, leaning on someone like that I think for both of us works really well.

“We both have that connection through Emma Murray and it’s cool to be able to talk about the strategies he goes with, how it connects with his brain and focus and all that sort of stuff.

“That’s another cool thing and I think we’ve gotten close because of that.” 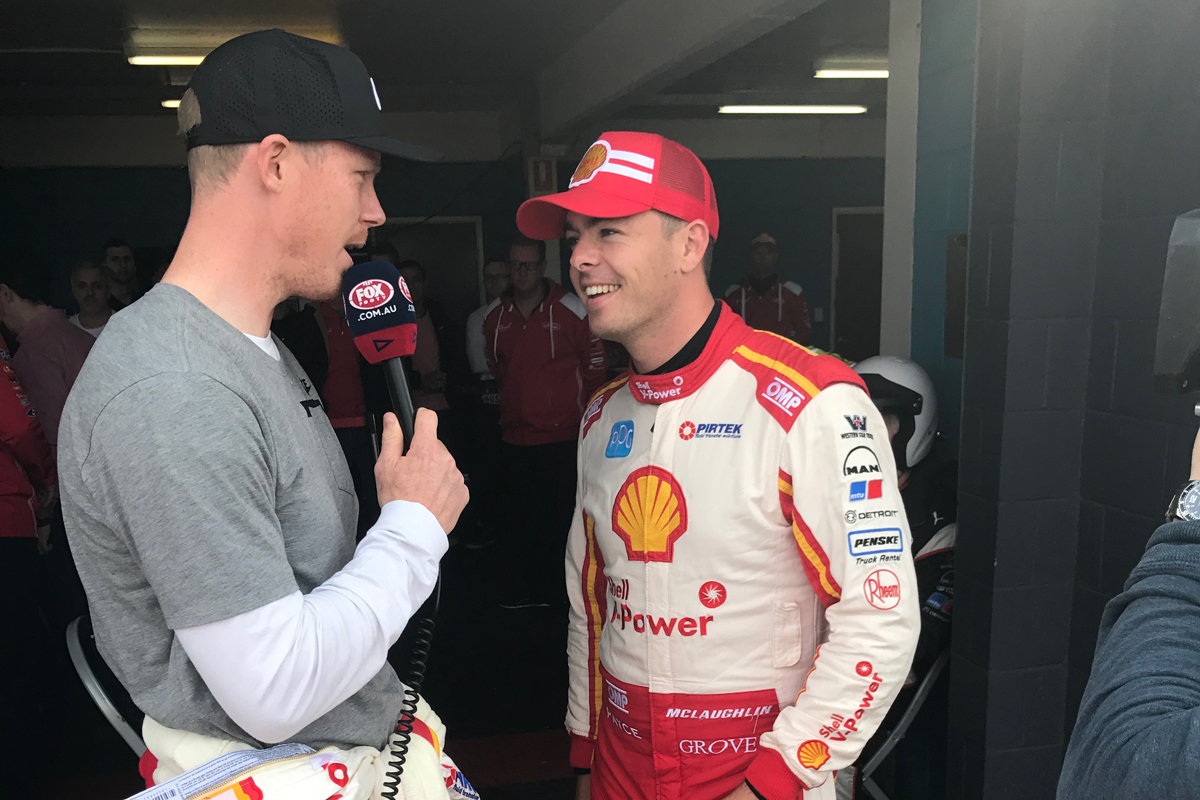 Riewoldt interviewing McLaughlin after going for a hotlap at Sandown, 2017

Earlier this year McLaughlin and Riewoldt started a podcast together, titled Balls and Bumpers, where they discuss all things sport.

“I’m really enjoying doing the podcast with him, it’s been a lot of fun and a bit of an eye-opener for me learning different sports,” said McLaughlin.

“We just get each other. We’re pretty similar blokes. We love a beer and love family and enjoy each other’s company.”