For 51 weekends a year, the corner of Bartels Road with Dequetteville Terrace is a calm suburban intersection.

For one weekend, it becomes a sixth-gear terror, where risk often outweighs reward.

Next weekend’s VALO Adelaide 500 will bring back many of the things that made the event great.

One such spectacle is Turn 8, which is arguably the most daunting and revered corner in Supercars.

When the event was reborn for Supercars in 1999, the corner evolved from a 130km/h chicane into a 210km/h sweeper. 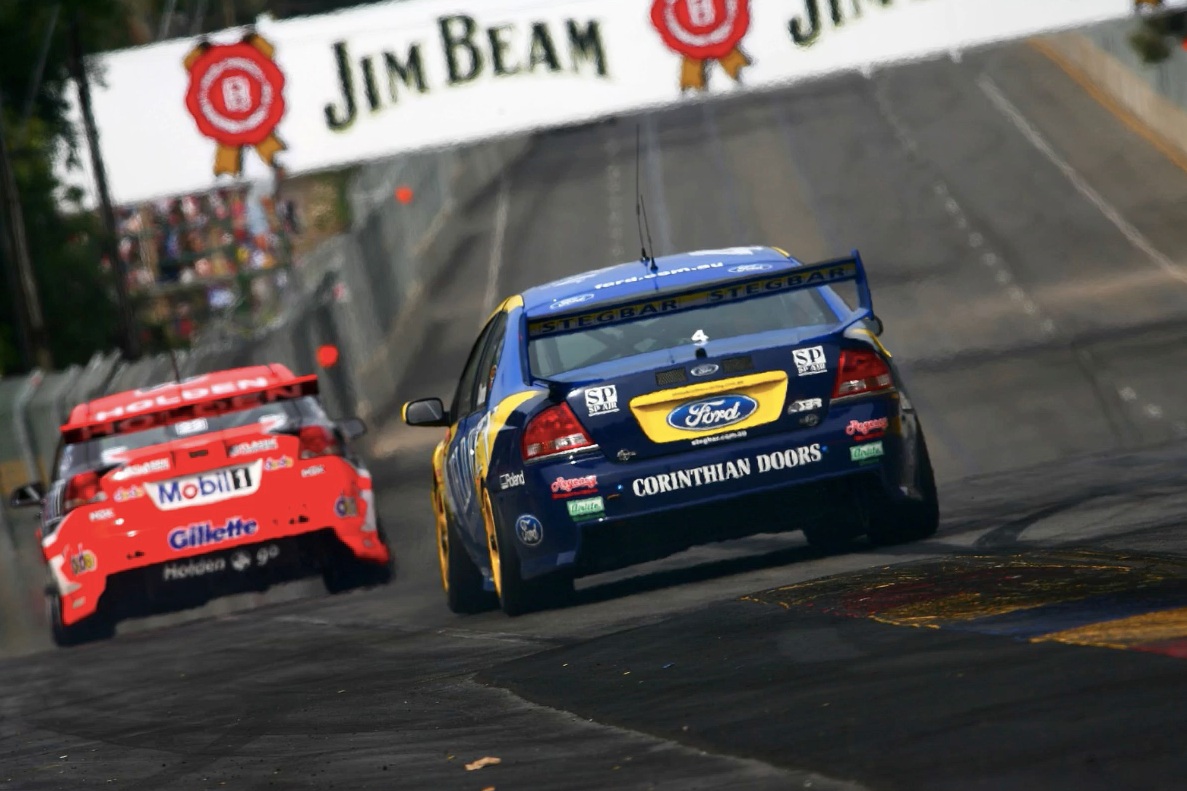 Given the speeds and that the corner has a narrow entry and zero run-off on exit, there is no room for error.

"It's unforgiving, it’s got a hero corner... it’s the reason people ride big waves or jump out of planes.

"This race track’s got Turn 8. It’s probably the wildest corner in Australian motorsport.

"We love it. It’s the reason we go car racing.”

The majority of this year’s Supercars grid has found trouble at Turn 8.

Local driver Nick Percat understands the consequences — notably, he crashed late in a 2014 race, and early in a 2017 race.

“The risk versus reward is high,” Percat told Supercars.com.

“It's not a corner where you can gain a lot of lap time, because it’s a high-speed corner.

“You’re in and out of it fairly quickly, but it’s nice to look at the microsectors and see your name towards the top.

“It shows that some drivers are more crazy than others.”

The corner has been reprofiled over the years, and features a small apex kerb. 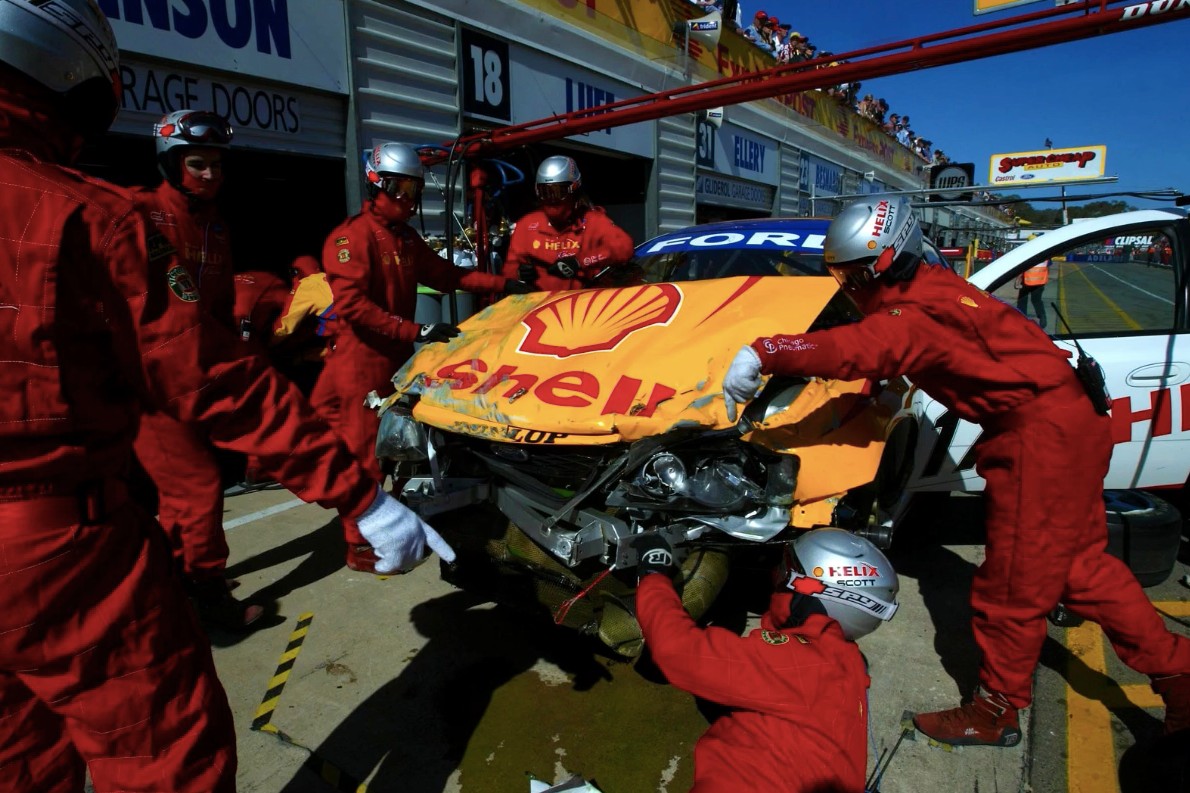 Even then, if a driver chooses to hug the kerb, they risk being fired into the wall.

Some drivers miss the outside wall entirely, but lose control and spear towards the inside wall.

“The way you judge the inside wall is especially important,” Percat said.

“There is a small apex kerb there, but it’s so tiny that if you rub your tyre on it, you’re basically hitting the inside fence.

“You have to treat that corner with a lot of respect. I treat it similarly to the top of Mount Panorama.

“You need to take the time to find your feet in the first session.”

On the whole, drivers managed to avoid the wall during the most recent Adelaide 500 in February 2020.

The circuit has been largely resurfaced since, with record lap times expected. 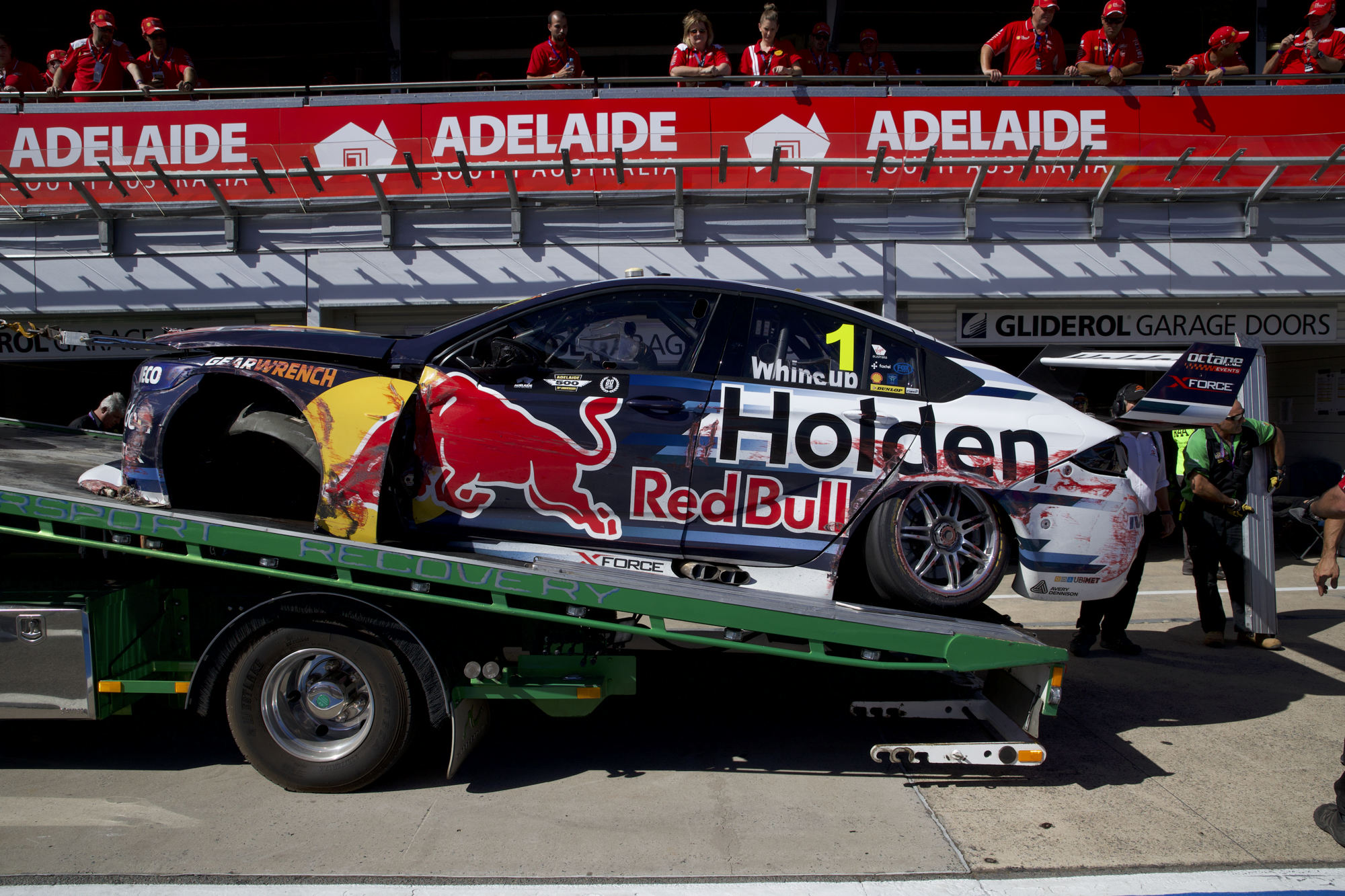 The very best have been caught out at Turn 8

Given the VALO Adelaide 500 is the last event of the Gen2 era, some drivers will be going all out for glory.

Others might be walking on eggshells throughout the race just to make it to the end.

Turn 8 remains a risk either way, with the corner known to punish complacency and eagerness in equal measure — big damage.

“It’s rare that you have a hit there and get away with it,” Percat said.

“Sometimes you won’t even see a car back out there the day after a hit.

“As early as lap 1, people can go in there. I’ve gone in there, it brings you down to earth.

“I had qualified on the front row and thought, ‘How good’s this’, then got aero understeer and made the fence.

“You have to be on your game."

Jones gets local backing for Adelaide