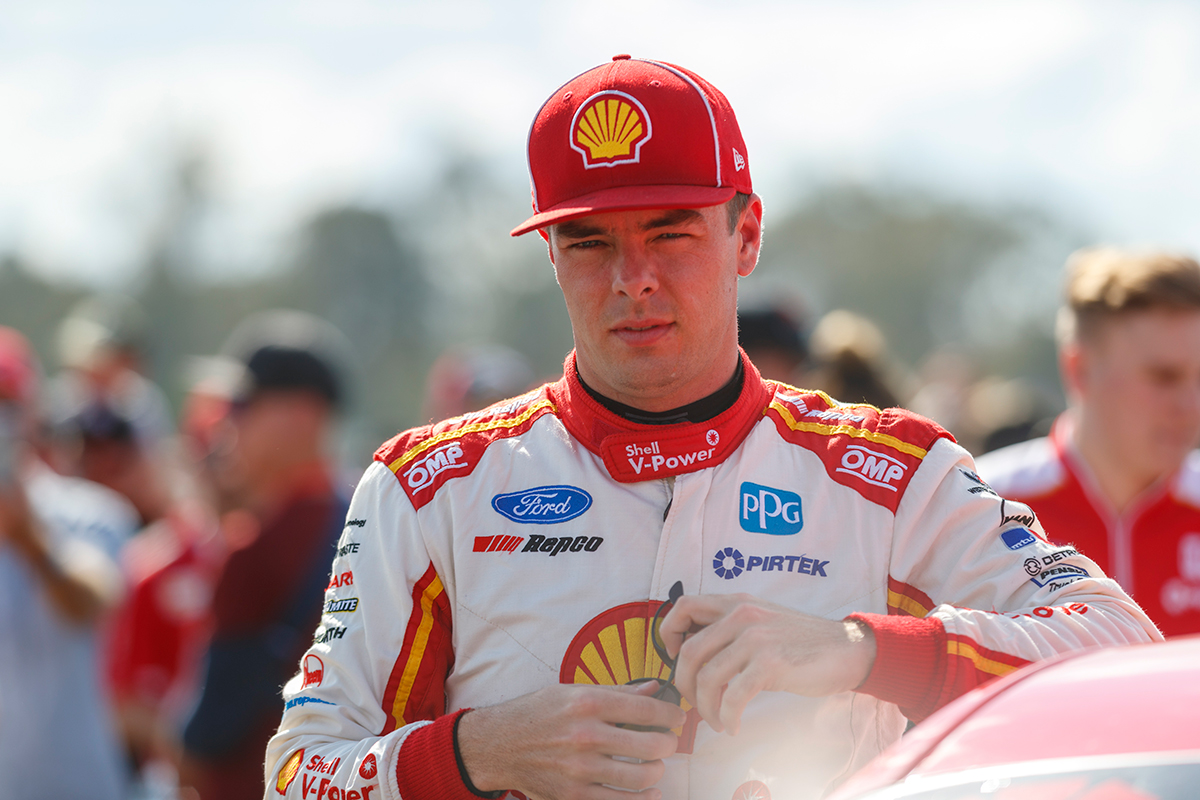 McLaughlin turned AMROR ALL Pole into a win on Sunday at the Century Batteries Ipswich SuperSprint, continuing his march towards back-to-back titles.

The 26-year-old faced his biggest challenges on the first and last laps, holding off Chaz Mostert at the start, before surviving an attack from Shane van Gisbergen at the finish.

McLaughlin’s calm, calculated drive showed a level of maturity that has developed over his two-and-a-half seasons with the Shell squad.

Hailing the driver’s progression, Story pointed to the contrast in the opening laps from Saturday to Sunday, and McLaughlin’s ability to adapt his driving.

On Saturday, the #17 Mustang was out-muscled through the opening corners by Jamie Whincup and Will Davison, briefing dropping to fifth on the back straight.

“The perfect example is comparing the start on Saturday to Sunday,” Story told Supercars.com of McLaughlin’s progression.

“Saturday’s race he ran a little bit deep which gave Jamie the opportunity, and on Sunday he held Chaz out. It was a masterful first lap, absolutely masterful.

“That’s his greatest strength, that he learns, not necessarily from mistakes, but when things happen he can adapt and evolve.

“He has just got so much scope to effectively grab an opportunity when it’s there to be had.

“I think those two starts are a perfect example of how he thinks and how he operates and the sorts of things that he learns from.”

Story felt McLaughlin extracted everything out of the car during Sunday's final stint to hold out van Gisbergen, who eventually crossed the line 0.7 seconds in arrears.

“We were watching where [Shane] was making up time, the way he was using the kerbs through Turns 4 and 5 in particular,” said Story.

“We relayed that to Scott so he could be conscious of it, and we were obviously keeping him abreast of the gap, and he managed it really, really well.

“He did a really good job at the start of the stint bringing the tyres up rather than going at it hell for leather, which meant he had reasonable tyre life at the end.

“We probably weren’t where we ideally wanted to be with our target pressures, but he did a good job in nursing the tyre through that last stint and that was the reason was he was able to stay ahead.

“There wasn’t any more pace in it.”

McLaughlin now holds a 433-point lead in the standings, after his second-placed team-mate Fabian Coulthard struggled to 10th and 18th place finishes.