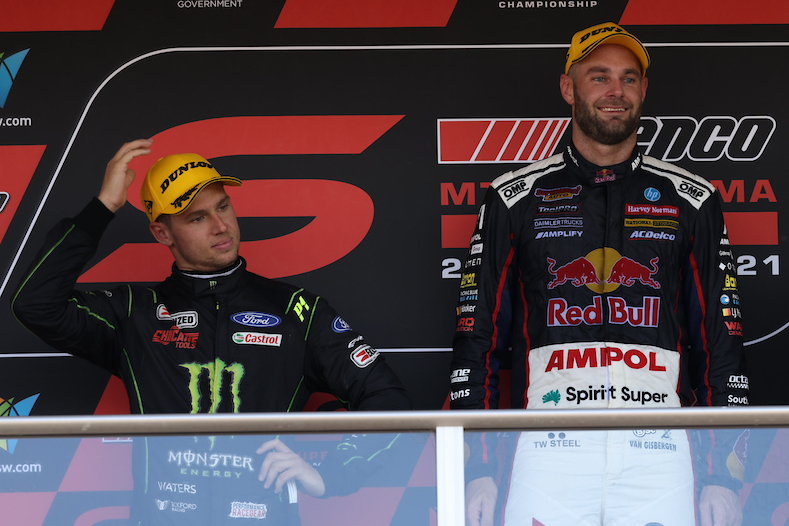 The key takeaway from the Repco Mt Panorama 500 finale was the battle between Shane van Gisbergen and Cameron Waters.

The duo engaged in on-track warfare for the second day running, with van Gisbergen again emerging with the victory.

Sunday's enthralling battle played out a day late, however, with Waters dropping out of contention early in Race 1 following a power steering issue.

Several pundits have pinpointed van Gisbergen and Waters as 2021 title combatants, with Supercars.com predicting the title fight will be fought between the two drivers.

In a cruel twist, a close title fight may have to wait, with Waters 117 points adrift of van Gisbergen following his Race 1 drama.

However, van Gisbergen, who recovered from a messy Friday showing to dominate on Saturday, knows the battle will only get closer as the season plays out.

"We have what we have this year. Qualifying's been really close between the two brands," the 2016 champion said.

"I feel like it's been pretty even, and it's been an awesome battle between three or four of us in qualifying.

"Racing super close, I love it." 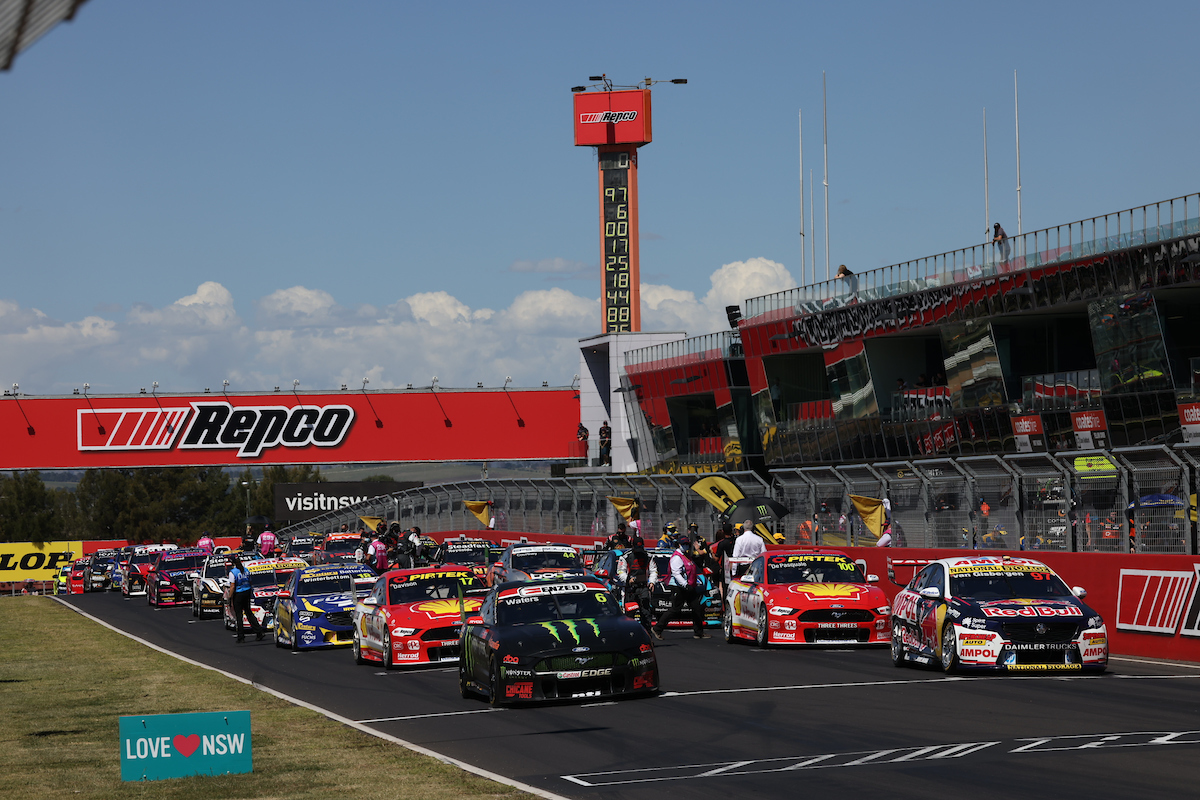 Five teams filled the top five positions in Race 2, with Mark Winterbottom emerging a surprise third in the standings.

However, van Gisbergen left Bathurst in prime position to win a second title, having started his new relationship with race engineer David Cauchi in the best possible fashion.

"The way it started, the team's been really good, and working with Cauchi's been awesome," he said.

"The atmosphere in the team's really good. As I said yesterday, I was frustrated with myself making mistakes. 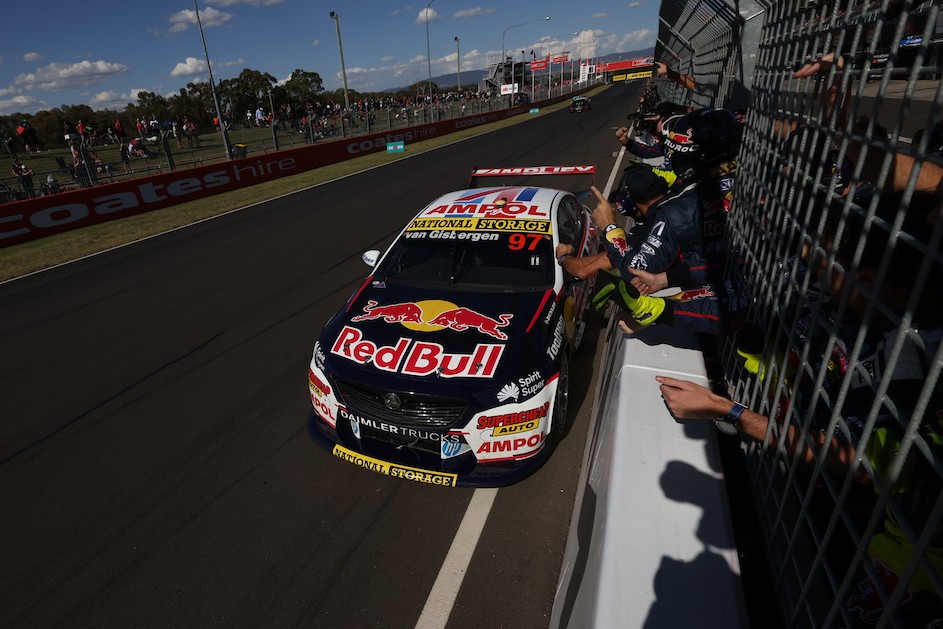 "Yesterday we rectified that, and today, the car was awesome.

"Much better in qualifying, and then the race, the balance was much better.

"It's frustrating to race in pit lane, but the middle stint was awesome, knowing I had to make a gap.

"But I'd rather win the race by passing him."

Waters led the opening stanza of the race, having out-dragged pole sitter van Gisbergen off the start.

He kept the #97 Red Bull Ampol Racing entry at bay in the opening stint, but the lead swapped hands after the first round of stops.

"I had a mega start; my initial was pretty well the same as Shane's and my secondary was amazing," Waters said.

"Really good start, which set up the start of the race for me. 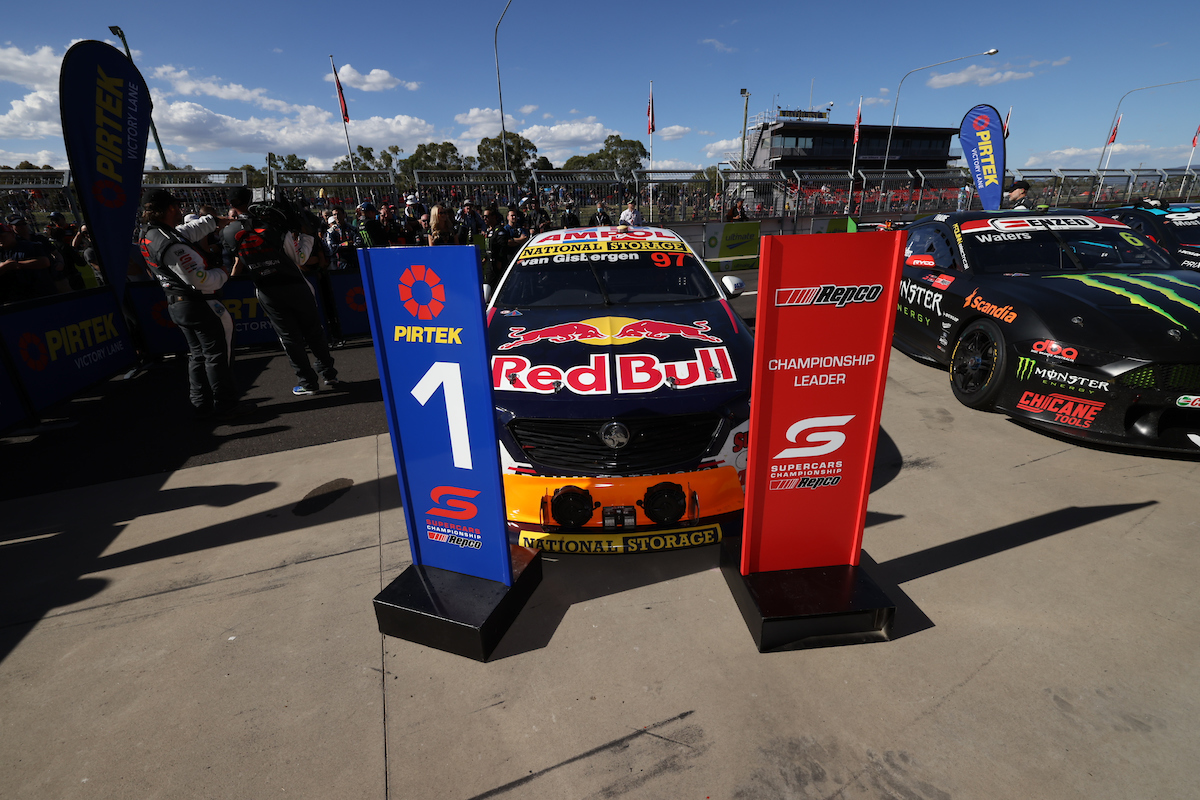 "I was just trying to race my own race in that first stint, and obviously it all played out the way it did."

Waters stopped on lap 15, one lap after Triple Eight dragged van Gisbergen in from second.

On warm tyres and with momentum, van Gisbergen swooped on Waters as the #6 Monster Energy Mustang left the lane.

While initially satisfied with the end result, with van Gisbergen creating a hefty gap due to supreme qualifying-style pace, Waters admitted Race 2 was a case of what could have been.

With van Gisbergen already 117 points up the road, the Race 1 drama could prove costly come December's Gold Coast finale, with the rest of the field looking to close the gap.

"Where I came out wasn't where they expected me to come out," Waters explained.

"They'll dive into that, what happened and why.

"Hindsight's a wonderful thing. If you could change it, you would.

"Shane's car was probably better in clean air than what mine was in clear air.

"Shane had a faster car than me today for sure. If I come out in front of him, would it have been a different story? Maybe.

"It's hard to tell but I would've loved to have found out."