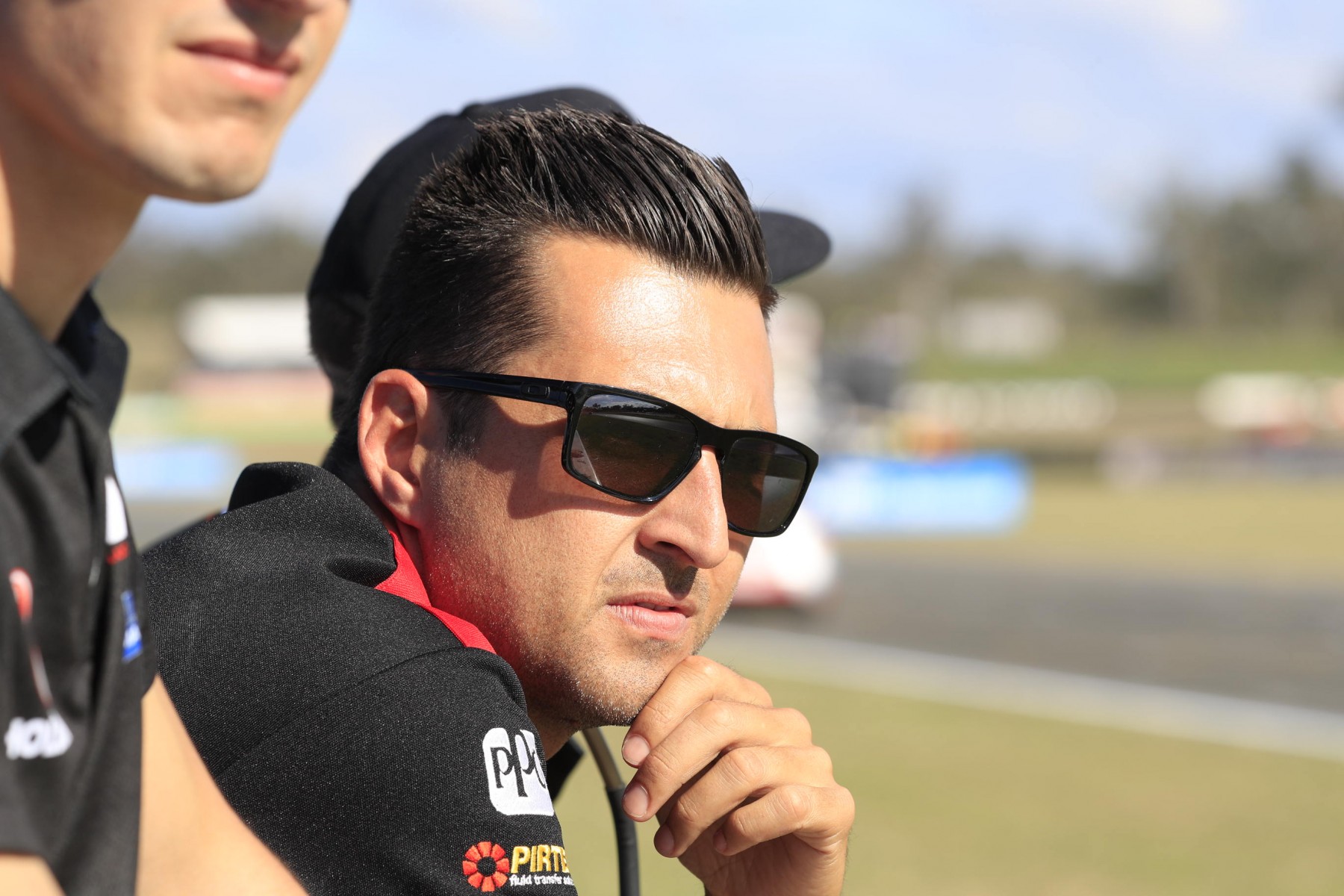 Fabian Coulthard is looking to kick-start a hot streak for DJR Team Penske this weekend at the team’s test track.

After topping practice at Queensland Raceway yesterday, the quick Kiwi was hopeful of pulling off a strong result this weekend after tough runs at the last two events, involved in a major accident on the first lap of the last race in Darwin.

DJR Team Penske was quick out the gate this season taking two pole positions at the Clipsal 500 but is yet to improve on a third place finish since the third event at Phillip Island in April.

“It would be nice to bounce back here and try and get our championship back on track,” Coulthard said.

“We have lacked a little bit of consistency all year but we have definitely had car speed at the time.

“So we just need to make that a regular occurrence and look for top five on a regular basis and it’s our chance to get better as we progress.”

Coulthard improved after finishing 12th in the first session and was positive he and engineer Phil Keed could find more overnight after getting through their program on-track yesterday.

The pair was a successful combination at Brad Jones Racing for years, with Coulthard’s career best finish sixth in the Championship in 2013.

“We stuck to the plan and worked through a few things and didn’t go too far away from what we know and put a better set on at the end and came home.

“The car was nice to drive so we need to replicate this tomorrow.”

Teammate Scott Pye finished second in yesterday’s first session and ninth in the second, and believes he could nab a result this weekend.

“We rolled out here on our first test day and we were pretty competitive, so I think out base set up around here isn’t too bad on the old tyres,” he said.

“I felt my car was more competitive … was we struggled quite a lot on the green tyres.”

Pye also completed a new car shakedown of his new

Pye spoke in-depth about his future for the first time yesterday after being cut from DJR Team Penske for 2017 for Scott McLaughlin.

The Supercars hit the track for a final 15-minute practice session at 11.55am local time today, before qualifying and 120km of racing.