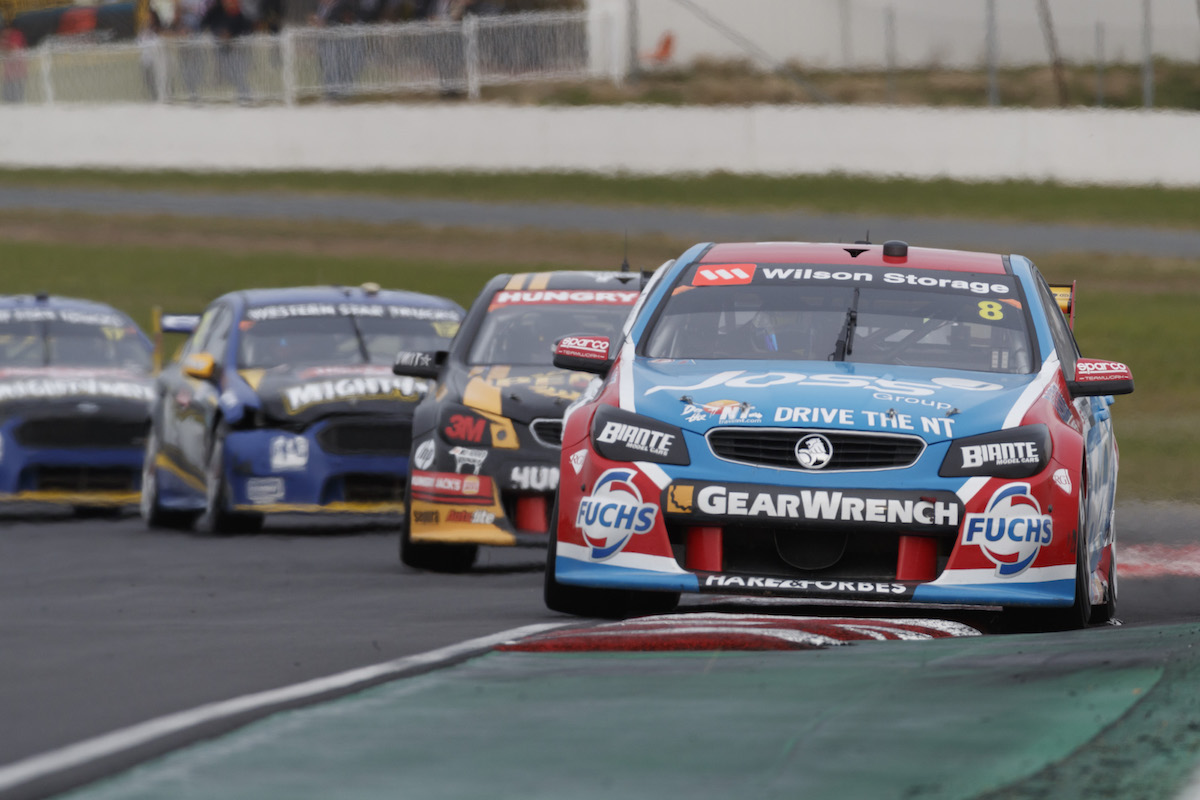 Following teammate Tim Slade’s dominant Winton, veteran racer Jason Bright is positive his own step-up is not far away.

The Supercars stalwart sits 15th in the championship points with a best finish of sixth in Tasmania this season – but with a test day locked in on Monday and the team focused on a clear path forward, Bright believes it’s an exciting time at Brad Jones Racing.

“I’m pretty sure we’ll make a nice step forward over these next couple of rounds,” Bright told supercars.com.

“It’s very promising, I think that the pace Sladey showed at Winton with just a little bit of a step in that direction was enough to show me that we’re in for some good times…

“We had a reasonably good car at Winton and some of the improvements we need hopefully are coming over the next couple of rounds.”

While Slade took both wins and pole positions, Bright started 16th and 18th, but managed to move forward during the races. He recognised his last sector needed work and says BJR knows the key area it needs to work on ahead of next round the CrownBet Triple Crown Darwin.

“I felt like Sladey was definitely getting off the corners better than what I was at Winton and that sort of showed in the last sector.…

"I think over the next couple of rounds we’ll see some improvements in that area – it’s just tuning and I think we’ll see a pretty good improvement.”

With Slade and CoolDrive racer Tim Blanchard both new to the team for 2016, and Fabian Coulthard and Phil Keed leaving, it has been the biggest shakeup BJR has seen in recent years.

But the three drivers have been able to work well and Bright believes the team is strong behind the scenes.

“I think we’re very close on setup, at Winton we sort of all migrated to pretty much the same setup across all three cars,” Bright said.

“I think that we’re working well as a team, I think the results that Sladey had showed the chassis are extremely good, we had great tyre life, we had probably the best speed I’ve seen in any car all year. I think it shows the chassis is pretty good when you can get a result at a track like that and have such good tyre life.

“I don’t feel like we’ve been struggling chassis-wise all year and now our race pace has probably improved that at every race.”