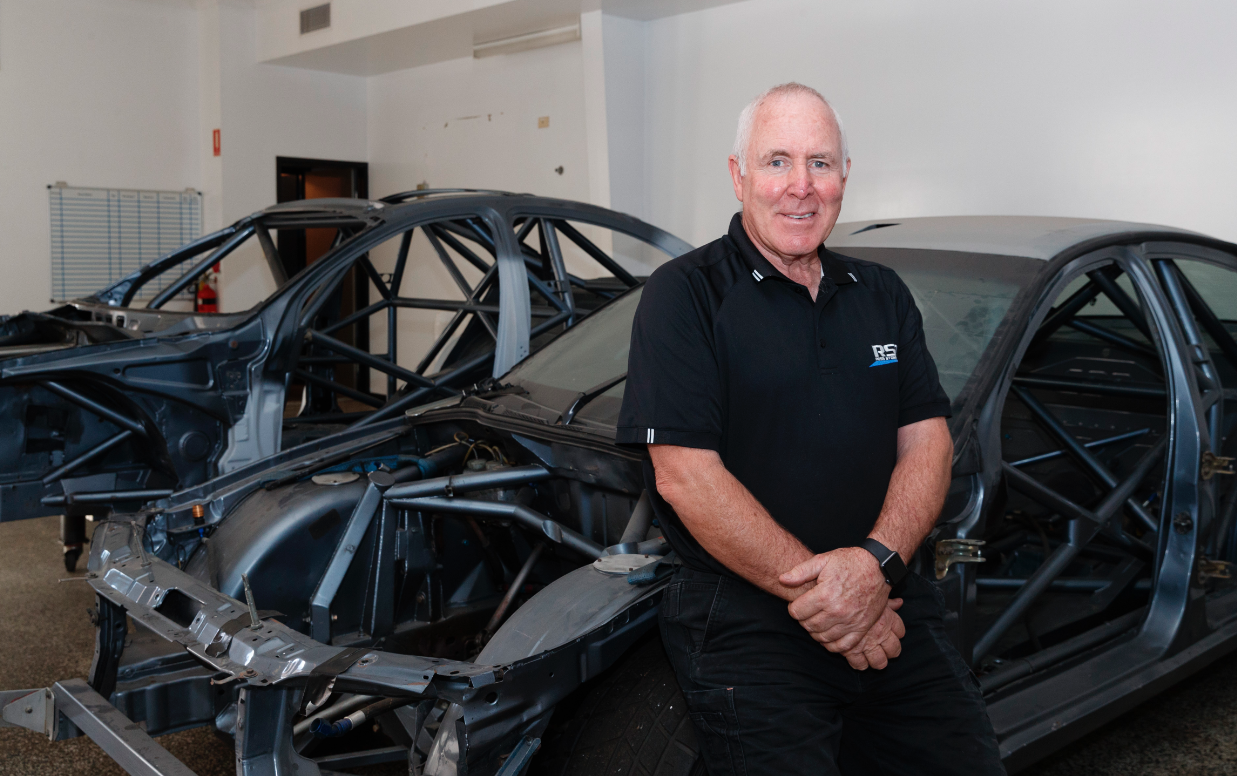 In addition to the establishment of a SuperUtes team, the recent reopening of the Stone Brothers Racing workshop has seen restoration begin on two very special Supercars.

Ross Stone has commenced the task of restoring the Ford Falcons that Marcos Ambrose (2003 and 2004) and Russell Ingall (2005) drove to their Supercars titles.

Three titles marked a golden era for SBR and Ford, with the triumphs following five straight championships for the Holden Racing Team. 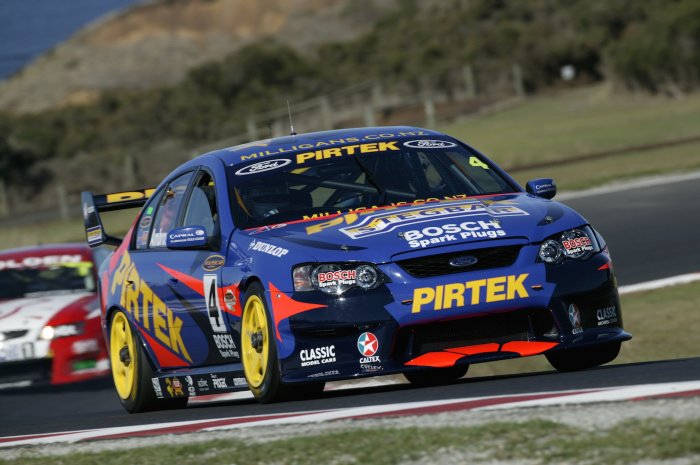 “They’re the only two cars we kept from SBR,” Ross Stone told Supercars.com.

“Jimmy and I had taken one each but now they’re back together and we hope to have them restored pretty soon.

“The Ambrose car is stripped ready for soda blasting and then we’ll repaint it and rebuild it and then the Ingall car will follow.

“We’re working through all the componentry that goes with the cars at the moment so that they’re fully original.” 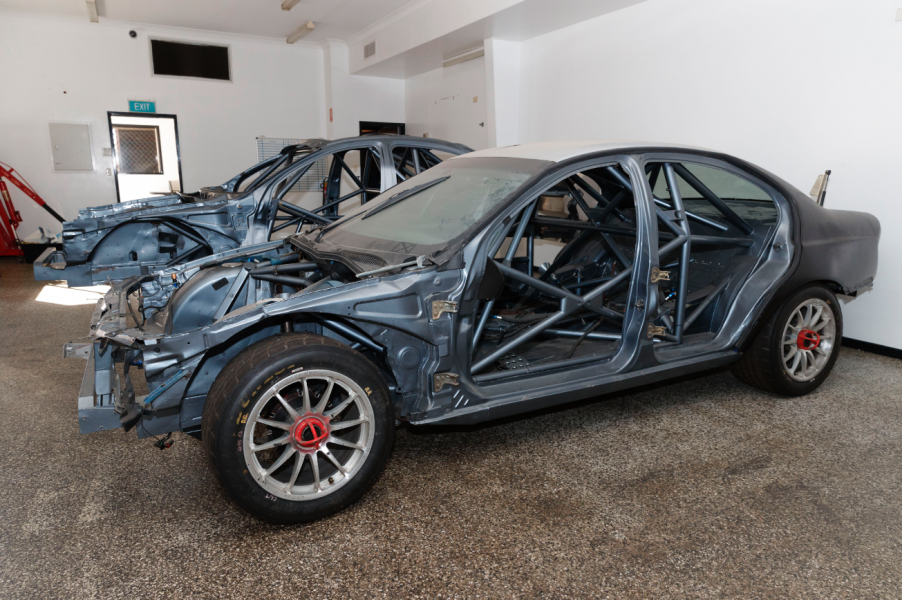 The Ingall chassis (foreground) will also be rebuilt

While the two cars are the ultimate reminder of SBR’s success, Ross suggests that they will likely be put up for sale after the restorations are complete.

“Originally Jimmy and I were going to do a few sprints and things like that in them, but I think now it’s taken us so long and we’re getting older, we’ll probably sell them,” he said.

“Everything just takes up room and somebody might appreciate them more than what we do.”

The revelation triggers questions as to how much they would fetch, with some tipping that the Ambrose car will attract $1 million offers. 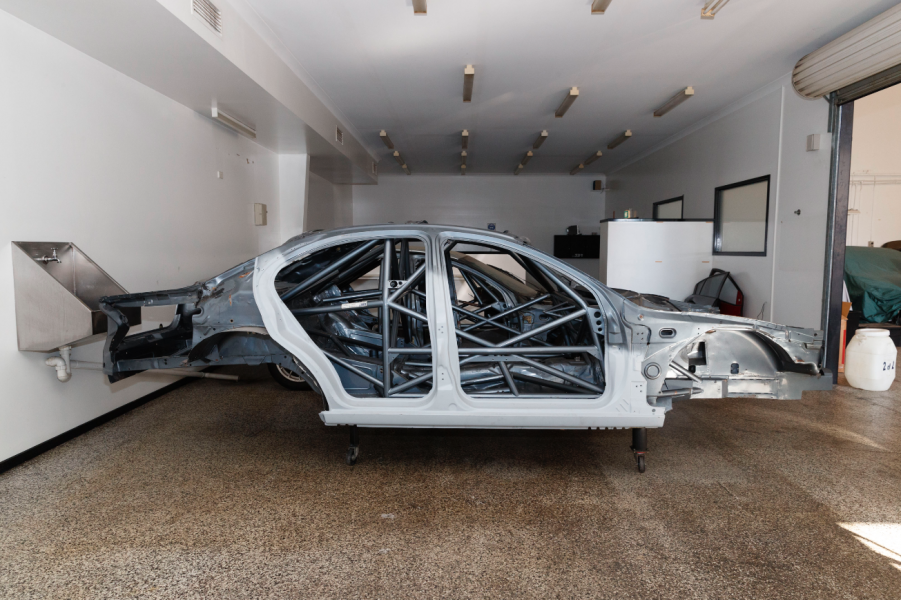 The Ambrose chassis as it currently sits

There is conjecture over whether the magic seven-figure marker for a Supercar was already reached last year with the sale of Mark Skaife’s Holden Racing Team ‘Golden Child’.

The chassis, HRT 045, scored the championship/Bathurst double in 2001 and 2002 and was retained by the driver until being sold to a private collector for an undisclosed sum.

Triple Eight’s 2015 Bathurst winner was also sold last year and is believed to have fetched around $750,000, further proving the market’s appetite for historically significant Supercars.

The team’s 2006 Craig Lowndes/Jamie Whincup Bathurst winner was too formally offered for sale in 2016 through Dutton Garage.

It remains in the hands of Triple Eight, with team boss Roland Dane not expected to part with it for anything less than $1 million. 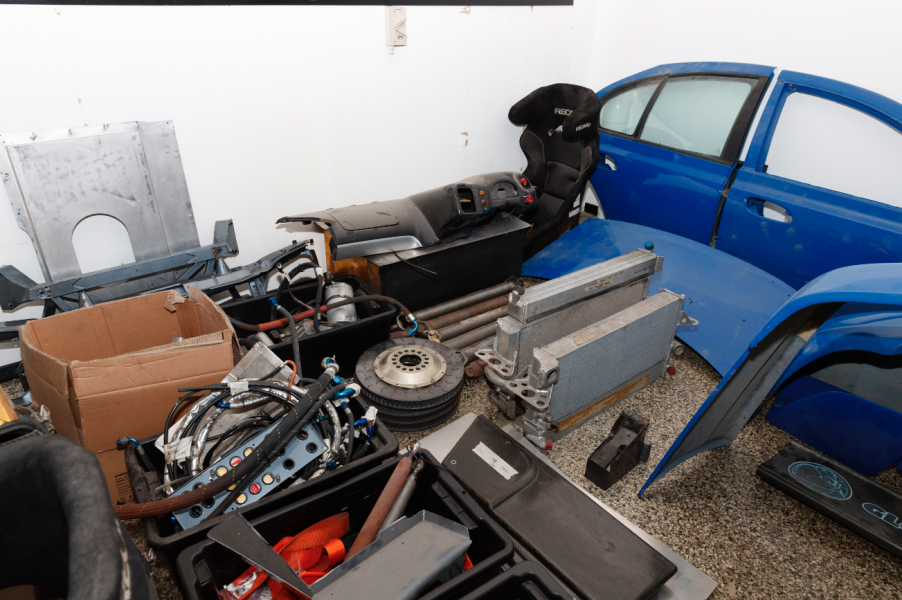 Stone is restoring the cars with their original parts

Supercars historian Aaron Noonan, who tracks the history of every chassis through his V8 Sleuth website, believes the Ambrose car could well reach the $1 million mark.

“There is no doubt this car is a significant car in Supercars, and indeed, Australian touring car racing history,” Noonan told Supercars.com.

“Whether it can fetch that high a price depends on the state of the market upon the completion of its restoration and which players are in the market at that time too.

“Marcos’ impact on the championship in the three-year period he raced this car was huge. This car made Ford a winner again after years of being dominated by the Holden Racing Team. 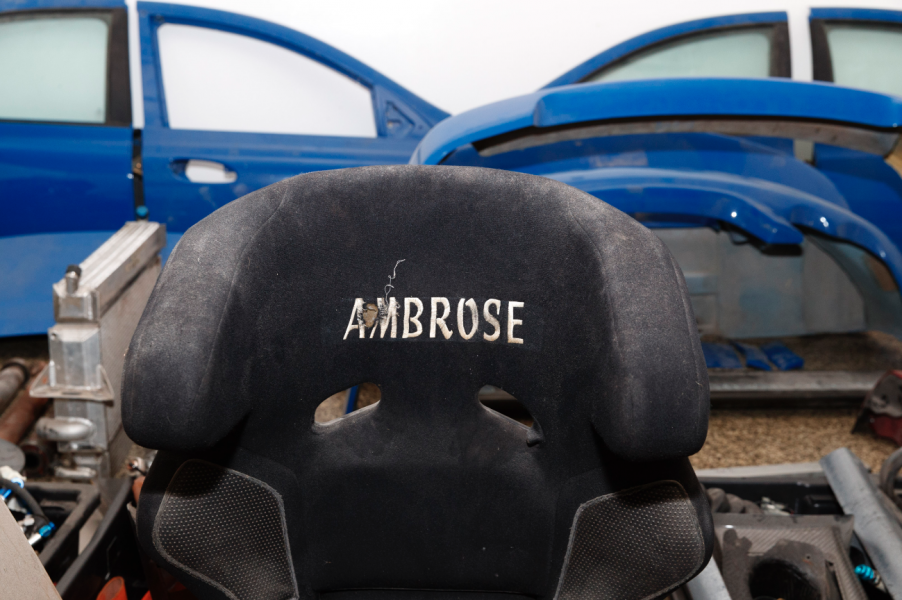 “Ambrose and this car won 13 rounds and 25 individual races (championship and non-championship) including the Clipsal 500 and Sandown 500, so it has plenty of achievements and stories to tell from within those two championship-winning seasons.

“The market for collectable Supercars-era race cars is growing all the time.

“When you consider it’s 25 years this year since the debut of the first Commodore and Falcons that paved the way for the category we have today, it’s safe to say plenty of cars will be emerging onto the market in the next 12 months or so.

“The end of the V8 Commodore and Falcon as racing cars at the top level of the sport, when it inevitably comes, will also have a big effect on values of these cars.” 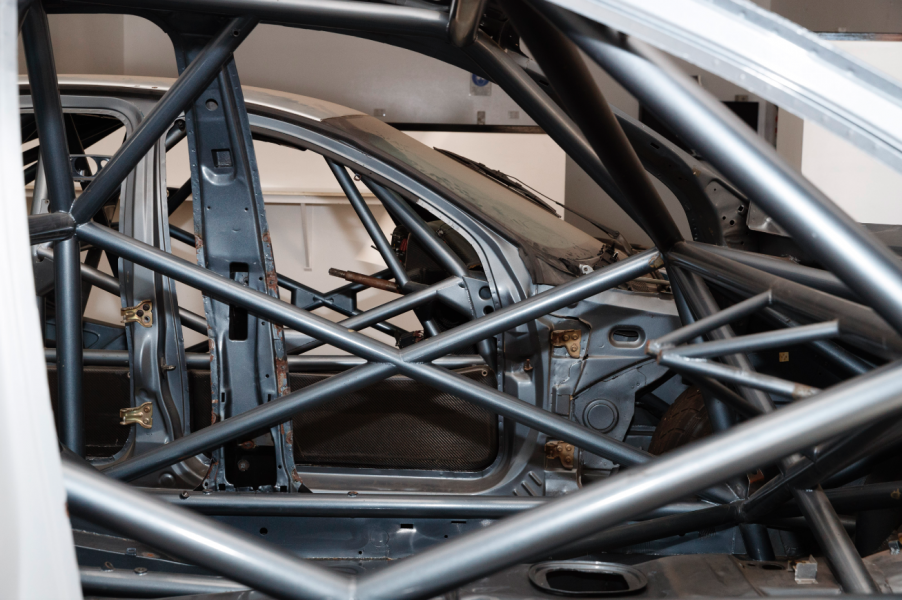 Both cars raced in Super2 after the main series

Ambrose signed off from his three-year stint in the car with a win at the 2005 season finale before it was passed onto his replacement, James Courtney.

Courtney used it for four events before it was eventually moved down to what is now known as the Dunlop Super2 Series, where it was run by SBR for Jonathon Webb.

Typically, Stone batted away suggestions that the car could become the highest priced machine of the Supercars era.

“I haven’t even thought about what it might be worth to be honest,” he said. “The priority at the moment is to just get them finished.” 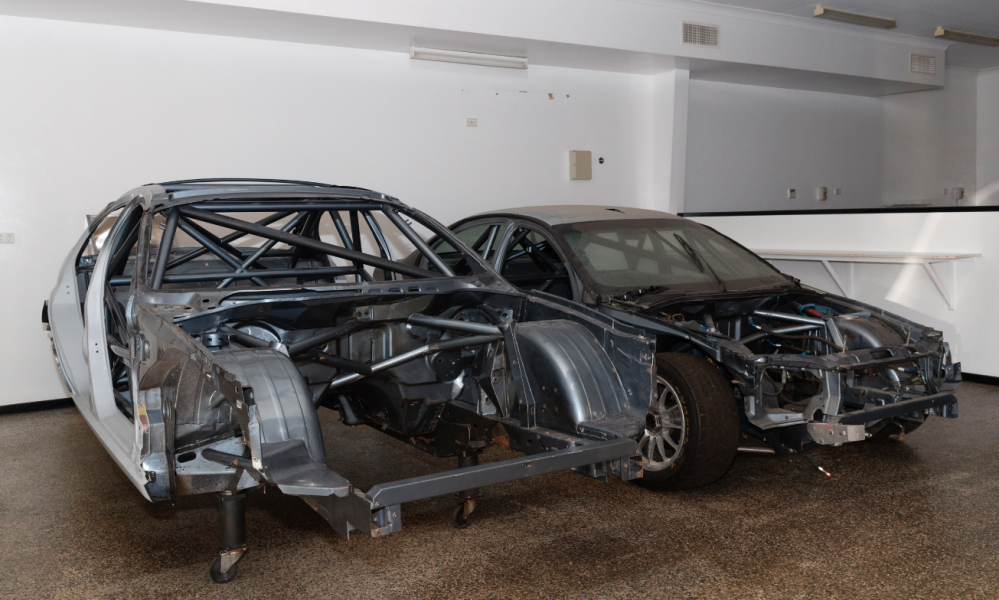 13/07/2017
Stay In The Know
Sign up to the Virgin Australia Supercars Championship Newsletter
We use cookies to ensure that we give you the best experience on our website. If you continue to use this site we will assume that you are happy with it.Ok