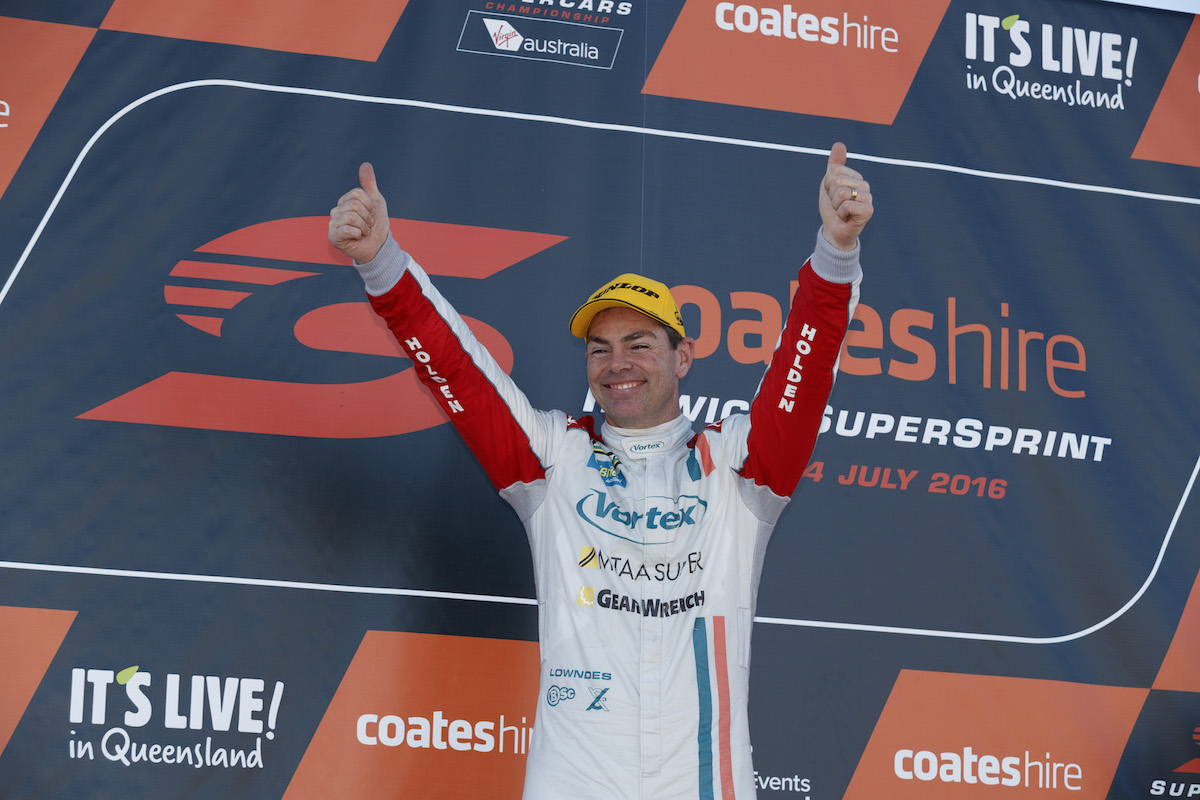 Every race Craig Lowndes starts sets a new record but this Sunday’s run at Sydney Motorsport Park is extra special.

The Supercars icon will line up for his 600th Championship race and become the first driver to reach the milestone.

It comes at a circuit where Lowndes broke through for Triple Eight’s first ever win in the category back in 2005, and could be the home of his 106th Supercars victory if he earns another victory this weekend.

And the six-time Bathurst winner suggested the big numbers wouldn’t stop there, saying it was likely he could reach 700 in a few years’ time.

“What’s that – five more years? Yeah, probably,” he told supercars.com when asked if he could make it another hundred.

Triple Eight boss Roland Dane added a third Supercar to his stable for this year to retain Lowndes, and bring in talented Kiwi Shane van Gisbergen. And the 42-year old TeamVortex driver is right up there with his younger teammates, sitting fourth in the Championship and just 150 points behind.

Lowndes wasn’t aware of the approaching milestone, but was proud of his longevity in the Australian racing category.

Format changes over the years have helped though, with most of last year’s events consisting of three races, while back when Lowndes started in Supercars/Australian Touring Car Championship there were less events and races in a season.

“The whole configuration of events has changed,” Lowndes said.

“Now we’ve got multiple races over weekends, where, when I first started the weekend was an event, so you’ve got more opportunities now to break those numbers.

“I think going forward, the generations there now will have the opportunities in the future too if they want to stay around and get the longevity out of the sport.”

Lowndes won the season’s last race, on Sunday at Queensland Raceway, his second victory of the year.

Supercars Chief Executive Officer James Warburton urged all fans to get out to Sydney Motorsport Park this weekend to acknowledge Lowndes’ milestone.

“Craig is one of the greats of Australian sport and is still one of our most competitive drivers. He is also a fantastic ambassador for the sport and our modern day Peter Brock,” he said.

To celebrate his milestone, Supercars will hand out special Craig Lowndes face masks to the first 5000 fans who attend his 600th race this Sunday August 28.

As well as the Virgin Australia Supercars Championship, fans will be treated to some of the best Australian and international motorsport with the Australian GTs, Toyota 86 Series, Porsche Carrera Cup and Porsche Asia all taking to the track at Sydney Motorsport Park.

There will be free trackside entry this Friday with access to the Supercars Paddock included in all ticketing across Friday, Saturday and Sunday. In addition to FREE FRIDAY, tickets start from as little as $10 for Park & View or $60 for one day tickets for adults with children 12 and under free with a paying adult. Tickets are available at www.ticketek.com.au.