Craig Lowndes has achieved almost all there is in Supercars – he even has a Medal of the Order of Australia for his road safety work – but there’s still plenty left on the list for the 600 star.

The milestone man lines up at the circuit where he debuted as a full-time driver 20 years ago under lights, and says there’s plenty left for him to conquer in Supercars, including another title.

“I still would love to win another Championship – our last one was ’99,” Lowndes told supercars.com. “There’s been a lot of opportunities, we’ve been second in six or seven years between Jamie and others. We’re sitting fourth.

To  mark his 600th race this Sunday, Lowndes’ teammates Jamie Whincup and Shane van Gisbergen today presented him with a specially made cake. His crew also donned some of the special Craig Lowndes face masks that will be handed out to fans at this Sunday’s Red Rooster Sydney SuperSprint at Sydney Motorsport Park. 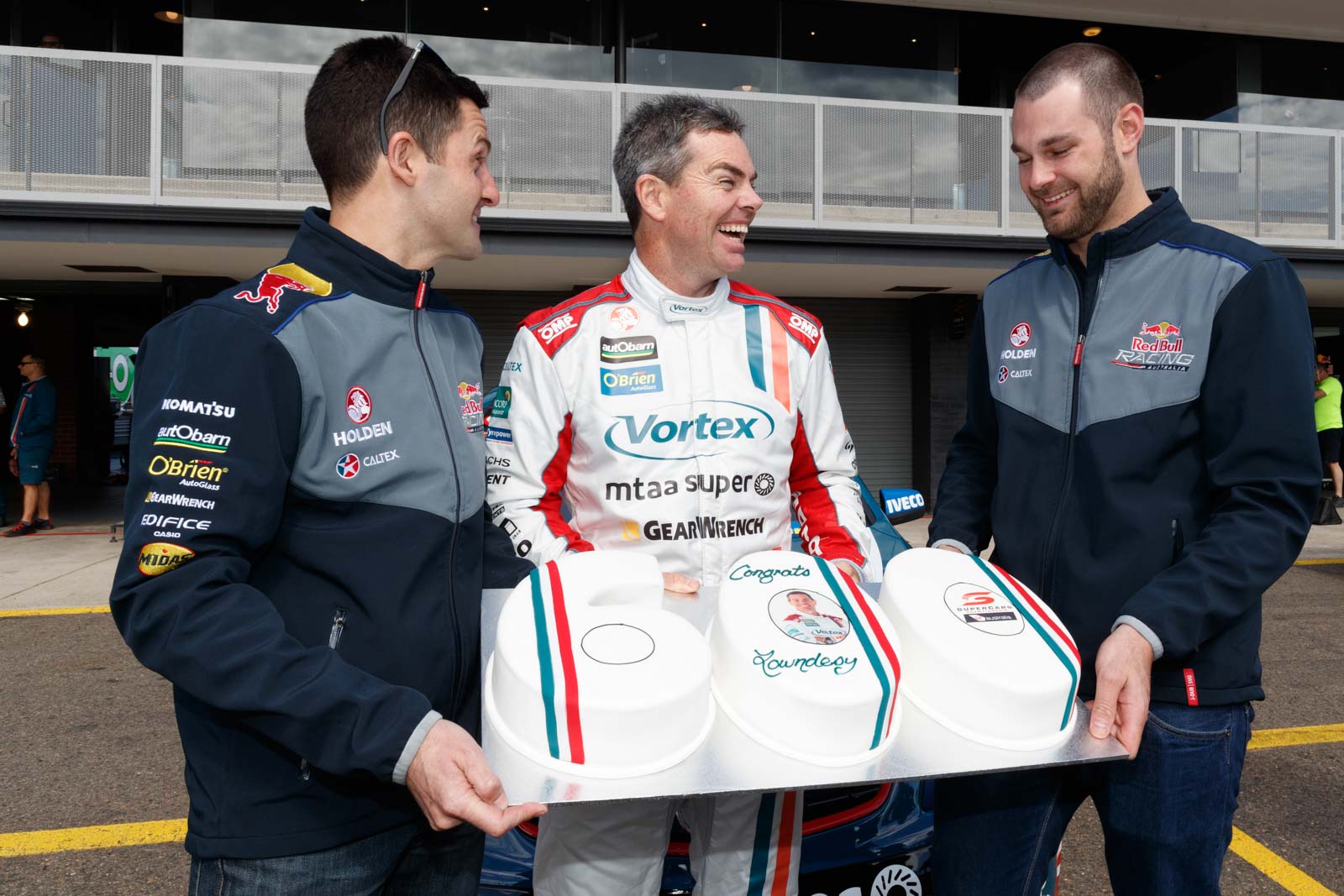 Another challenge ahead of the 42 year-old is helping develop the Gen2 Holden Commodore announced to run from 2018 through Triple Eight.

Lowndes has been in the field back when the category was known as the Australian Touring Car Championship, through the V8 Supercars project blueprint era, to the ‘car of the future’ new generation and, from next year, Gen2.

“I thoroughly enjoy that – I really enjoy the challenge of going to another generation of car, and trying to then extract the best out of it.

“I still don’t believe we’re anywhere near the potentials of these current cars, but we’re going to move forward as a category in 2018.

“Next year is going to be one of those interesting years where you’re trying to develop the current car, you’re bringing on a new car, you want to go testing with a new car, but you don’t want to interrupt what your current program is – so that will be a challenge for the teams to get their head around.

“I hope now Holden has committed to the category that other manufacturers support and get behind it.

“It’s been a great career for me for the last two decades, we’ve travelled to some unbelievable places, raced at some unbelievable tracks, and I’d love to see the manufacturers now put their pen to paper, so everyone is more secure about where the future of Supercars is going.” 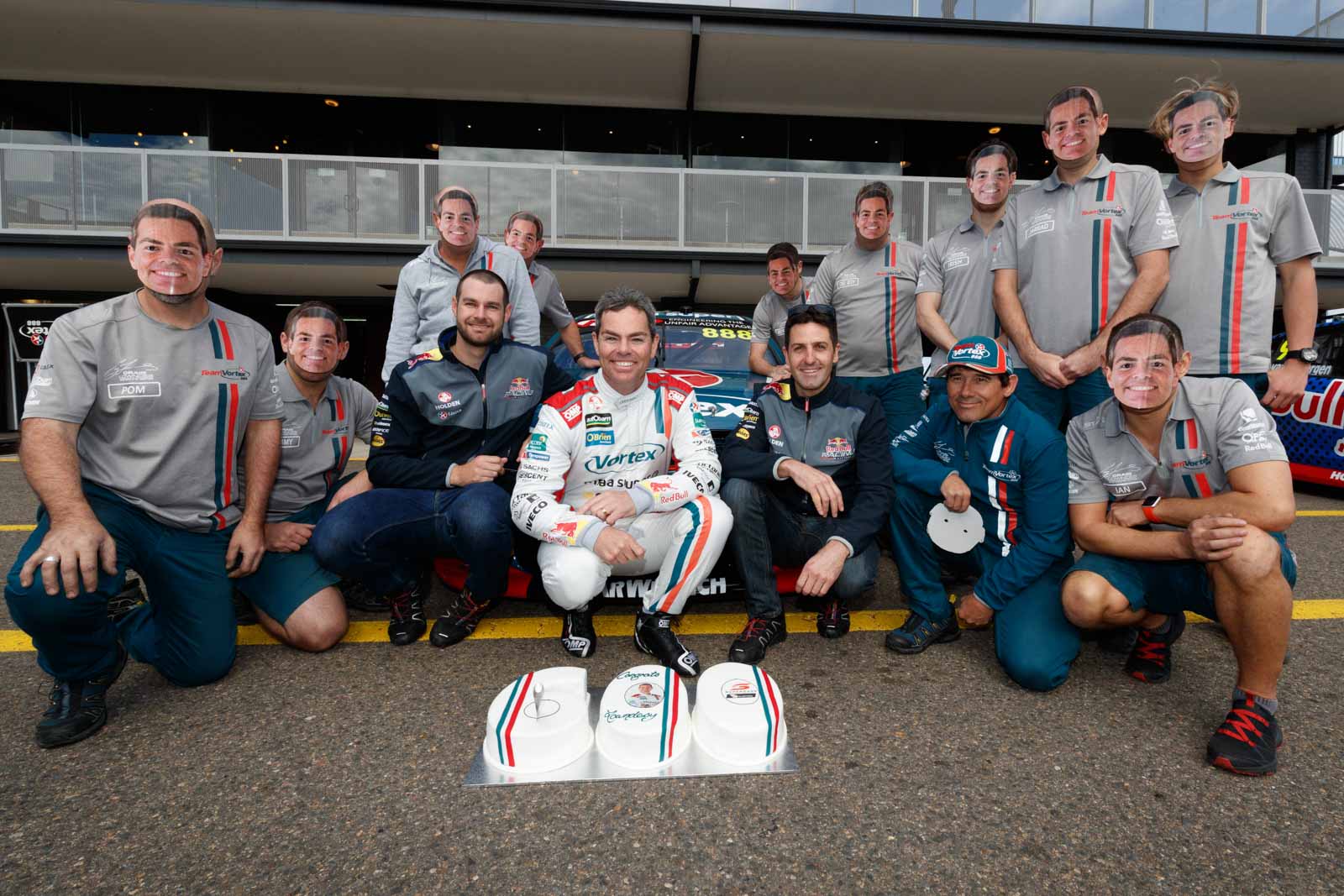 Being the first to hit 600 is something Lowndes is proud of, and there are other drivers knocking on the door as well, with Garth Tander the nearest competitor with 565 starts to his name.

It’s a nice coincidence the number comes up at Sydney Motorsport Park.

“I think there’s no doubt it’s a great honour to be around the sport as long as we have to get the milestone, to be in the 600 Club, be the first to the 600 club.

“We were setting new records throughout the year with 100 wins and things, but Jamie’s sitting on 99, and a lot of drivers are not far off getting into the 600 club.

“For me it’s a great honour for me to be the first, I don’t think I’ll be the last.”