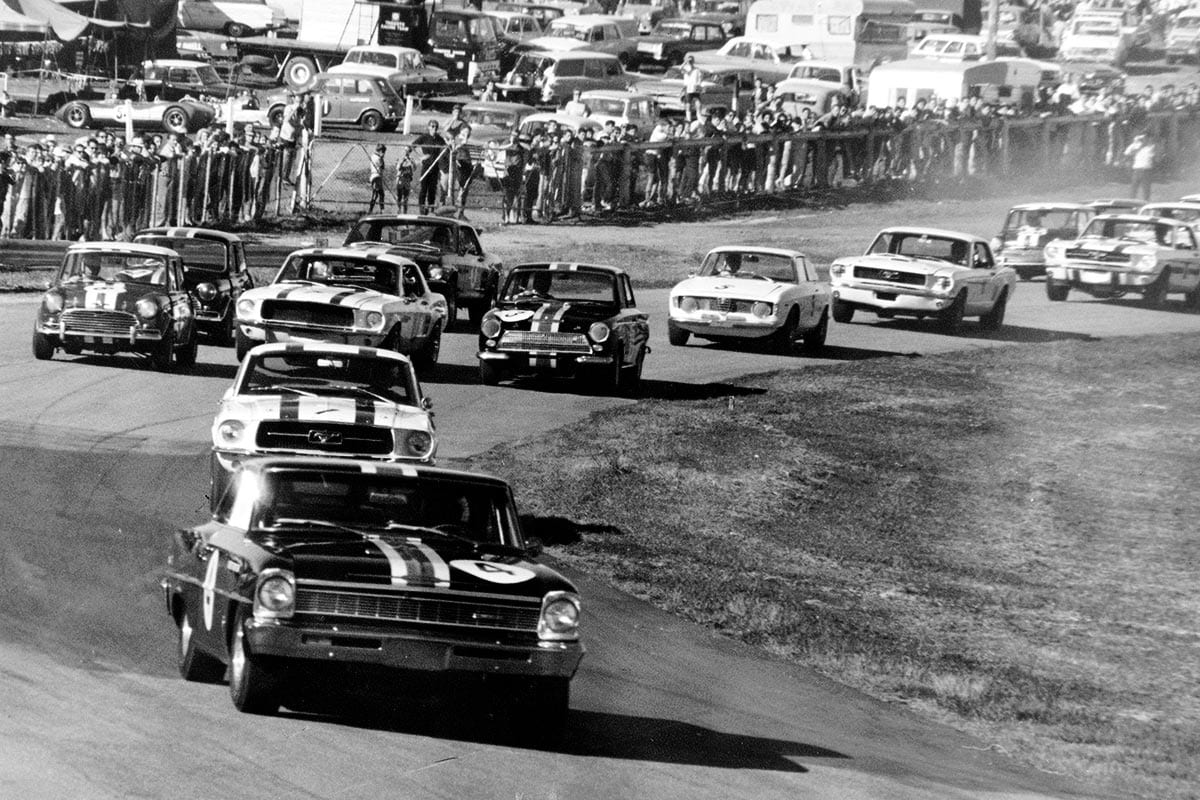 This year marks the 60th anniversary of the Australian Touring Car Championship and, while the Virgin Australia Supercars Championship is paused, it creates an opportunity to stop and look back at each of the six decades that has made up that history.

WATCH: A TRIBUTE TO AN AUSTRALIAN ICON

The ‘60s lay the groundwork for the championship we have today, evolving from a one-race title for modified production cars into a multi-round series where the front-runners all drove expensive, highly-developed, purpose-built machines.

That inaugural race in 1960 was the very first event to be run in Australia under a new set of technical rules known as ‘Appendix J’, marking the first common set of touring car regulations to be used across the country.

The early years of the ATCC were dominated by 3.4 and 3.8-litre Jaguars, while the sweet-handling Ford Cortina GT also picked up a title despite possessing only 1.6-litres of engine.

The introduction of ‘Improved Production’ rules for 1965 coincided with the start of the muscle car revolution, the new Ford Mustang claiming that year’s title in foreshadowing its dominance of the remainder of the decade.

Crucially, the decade also saw the rise of touring car racing with fans, the category beginning to overtake open-wheel racing as the most popular form of motorsport in Australia by dint of its spectacular sedans and the personalities of their pilots. 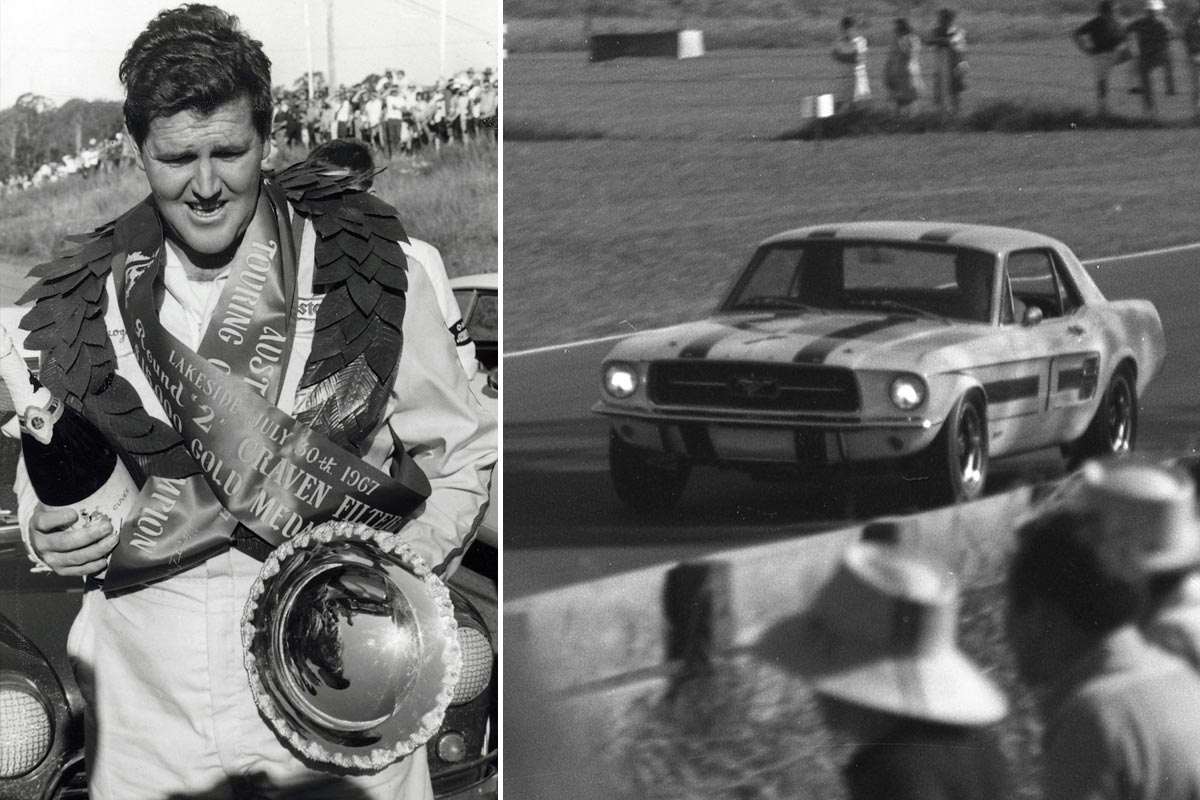 Driver of the Decade

There can only be one possible candidate for the rightful king of the first decade of the championship, and that is Ian Geoghegan.

The raw numbers illustrate his dominance of the era, and his tally of five championships (including four in a row!) stood unmatched for two more decades and was only beaten in the 2010s.

That he was able to seal the first multi-race title to add to his swag of one-race crowns emphasised Geoghegan could be both fast and consistent.

Competing in all but one of the 14 championship rounds held across the decade, Geoghegan finished either first or second in nine of them.

It’s a strike rate that could have been even higher but for the last two rounds of the 1969 season, where Geoghegan lost chances to convert pole positions to top finishes with a puncture (Surfers Paradise) and missing the first three laps of the season finale (Symmons Plains) with his Mustang unwilling to fire, then being excluded from his eventual third place due to getting a push-start from his mechanics. 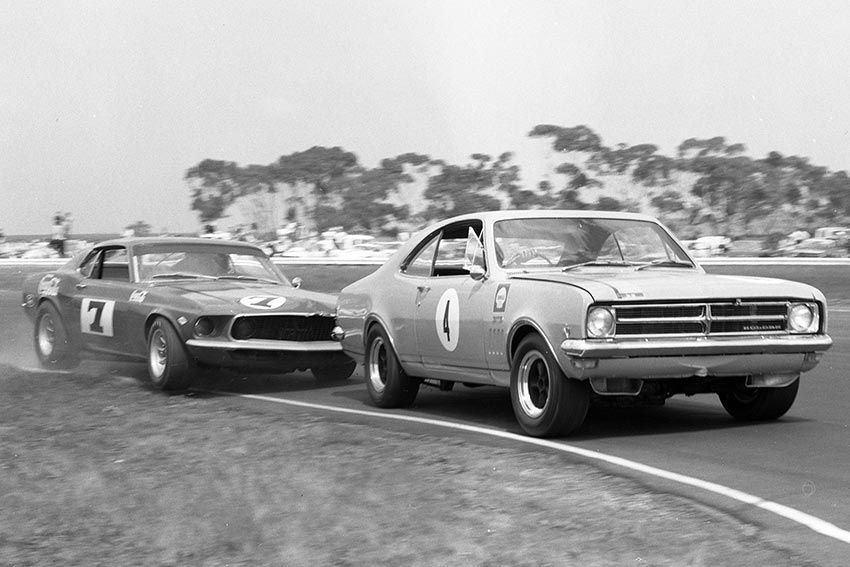 The Winners of the Decade (Round Wins) 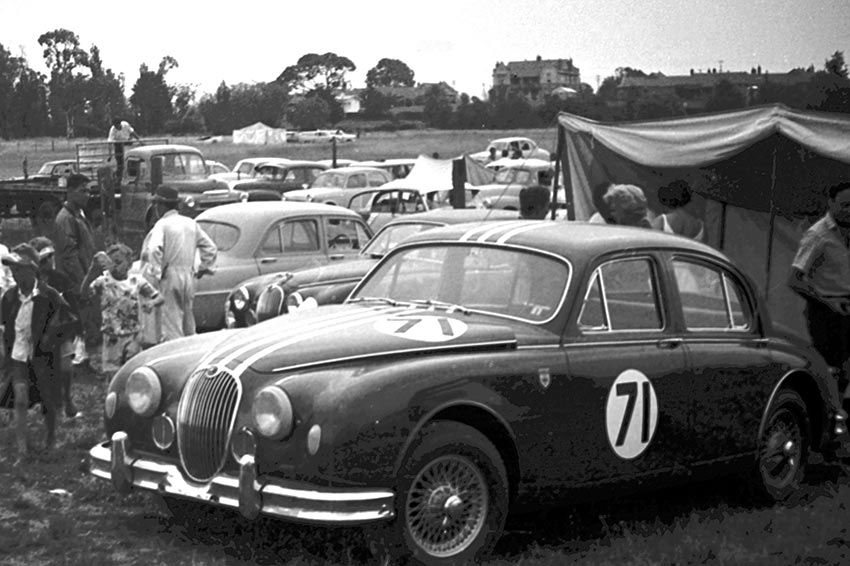 The Race of the Decade

Despite so few races to choose from compared to later decades, the 1960s produced several crackers.

However, the very first race in 1960 at Gnoo Blas, a six-kilometre circuit on public roads just outside Orange, NSW, is hard to top for drama.

The first three cars of Ron Hodgson, David McKay and Bill Pitt all skated wide on the opening lap, although Hodgson regained the lead only to outbrake himself on the second lap and lose a minute recovering.

That left eventual winner McKay ahead, but he lost much of a near half-minute lead due to, of all things, his path being blocked by the parked car of a fellow competitor who’d left it to aid a rival who had crashed and rolled, before a spin from McKay on the following lap allowed Pitt through to the lead.

However, the Queenslander would have to wait until the following year to win an ATCC: his Jaguar encountered gearbox problems, allowing McKay to sneak through to claim the maiden title by six seconds. 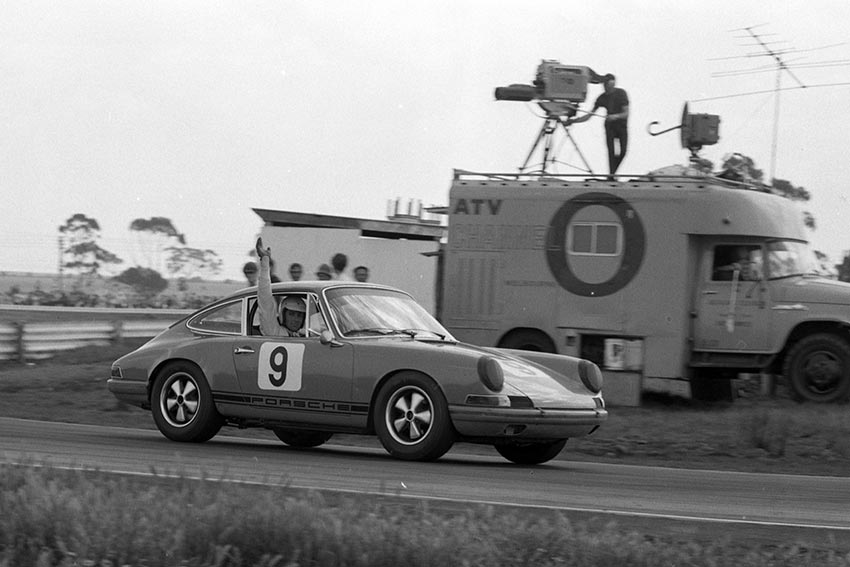 The closest finish of the 1960s came in the very last race of the decade, playing a direct role in deciding the first championship held over multiple rounds!

Geoghegan and Porsche pilot Allan Hamilton entered the race split by three points, but with each needing to drop their worst round, Hamilton could beat ‘Pete’ to the title by winning the race if the Mustang driver failed to score.

And he nearly did it, too.

With Geoghegan’s aforementioned push-start expected to lead to his exclusion from the race – and, therefore, prevent him from scoring any points – Hamilton was gifted one half of the equation he needed to win the title.

The other came in the form of dramas for the two cars ahead of him. John Harvey led the early going in Bob Jane’s Mustang before two mid-race punctures handed the lead to Norm Beechey, the Monaro holding a comfortable margin over Hamilton’s 911.

But Beechey soon encountered transmission problems that allowed Hamilton to slice the deficit to shreds.

After 40 laps, the smoking Holden only just made it to the chequered flag first, ahead of Hamilton by just 0.3 of a second.

Two of the races across the decade produced winning margins of over a lap, illustrating both the rapid pace of progress as well as how unreliability could quickly whittle down the top contenders.

Beechey’s 1965 championship win at Sandown came with a margin of one lap back to Geoghegan, whose Ford Cortina was no match for the new Mustang – nor could any other car on the grid hold a candle to the lightweight V8 muscle car.

There were two of the new ‘pony cars’ in the race; Jane’s Mustang qualified on pole by over four seconds and led the early stages but broke down while holding second place, while Beechey rose from 14th on the grid to second place by lap two!

It was Geoghegan who produced the other victory by over a lap, heading home Hamilton’s Porsche at the Mount Panorama round in 1969 after chief rival Jane retired, while Beechey failed to start the race after crashing in practice. 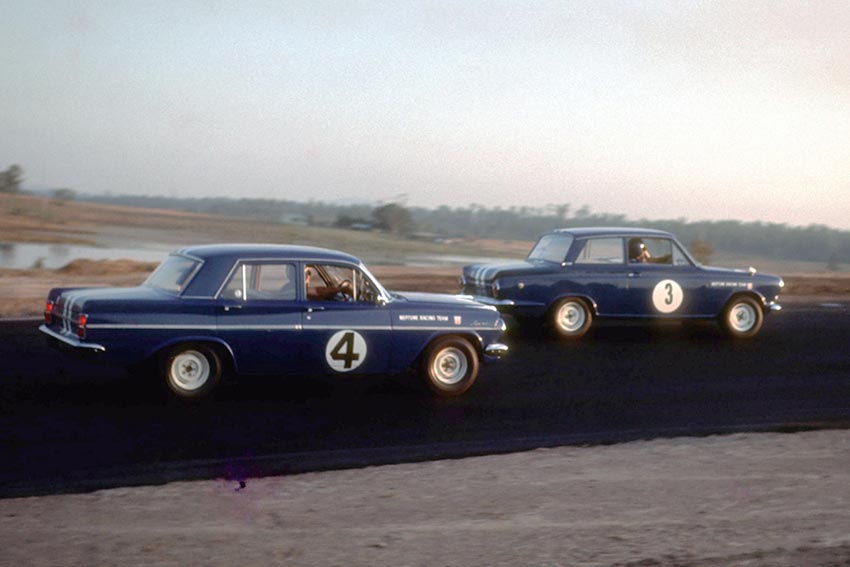 Oddity of the Decade

It’s hard not to do a double-take when looking at the qualifying times for the 1964 championship race at Lakeside.

Jim McKeown secured both pole position and set the fastest lap of the race in his Lotus Cortina, but while his race lap was a 1m08.2s, his qualifying time was 11 minutes, 40.2 seconds!

Many different qualifying formats have been used to determine grid positions across the 60 years of the championship, but the one used at Lakeside in 1964 is unique.

Four 10-lap heat races were used to whittle the 33-car field down to a 20-car grid for the championship race, with each race devoted to different classes based on engine capacity.

However, the grid positions were set by a driver’s total elapsed time for his heat, regardless of which heat he’d raced in – McKeown beat Geoghegan in their heat, while Jane won his heat but, as it was slower, lined up third on the grid!