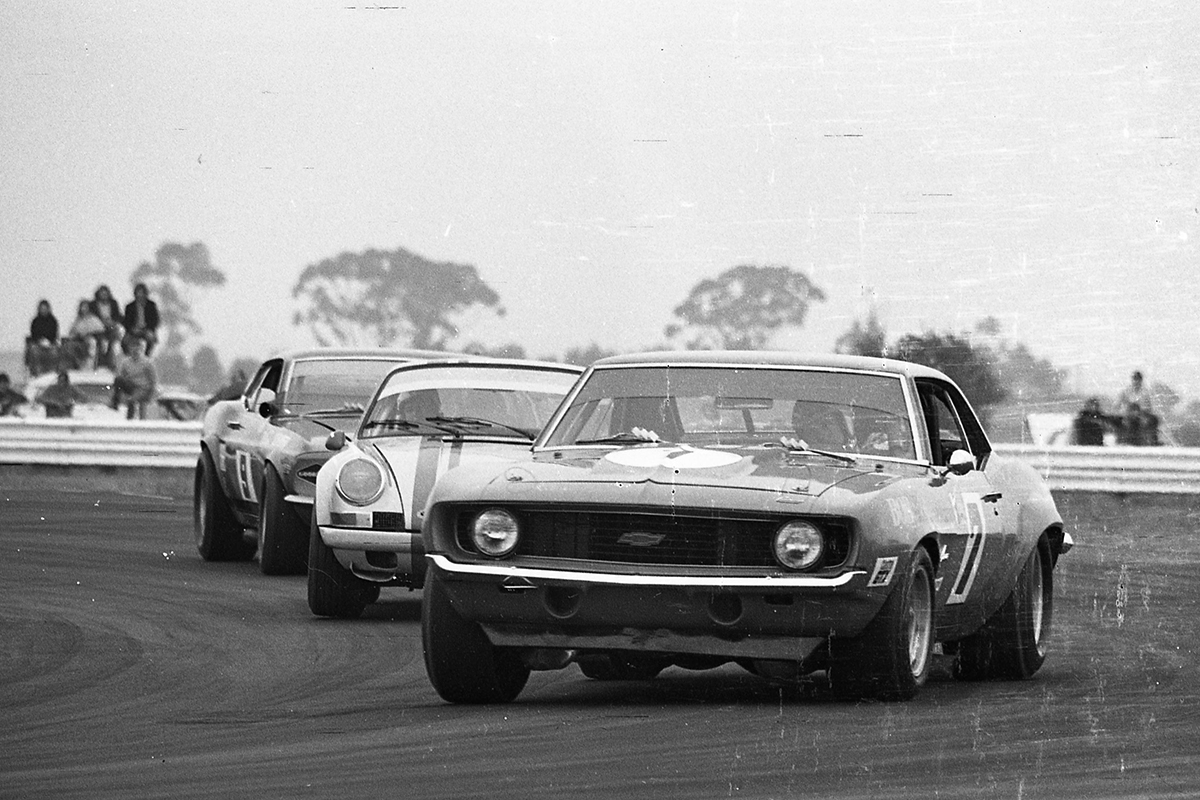 This year marks the 50th anniversary of the thrilling title battle between Bob Jane, Allan Moffat and Ian Geoghegan.

Jane and Moffat, who would also father some rapid drivers of their own, were responsible for what still remains one of the closest seasons ever.

The 12th running of the Australian Touring Car Championship, and third as a multi-round series, featuring thrilling battles between the pair.

He would prove a worthy adversary for Jane, who to 1971, had already won two ATCC titles and four Bathursts.

Moffat, who would win four titles and four Bathursts of his own, opened the 1971 season with victory at Symmons Plains in Tasmania. 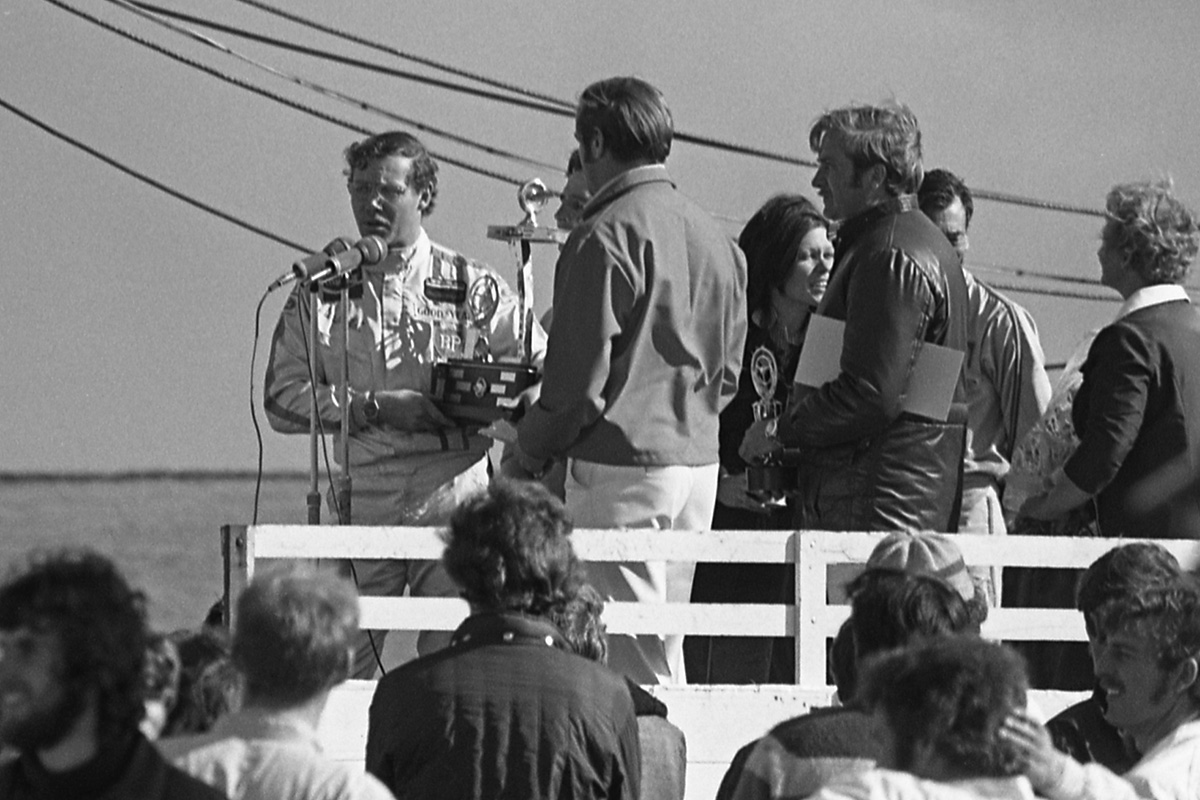 Moffat won three rounds in 1971, but not the title

The wet race began with Jane and Ian Geoghegan leading Moffat early on.

After clearing Geoghegan, Moffat set off after Jane and regained the lead on lap 5. A spin dropped Jane behind Norm Beechey, who was closing on Moffat.

Moffat would have a clear run to victory after Beechey’s engine blew, but Jane recovered to finish second.

Both Moffat and Jane retired from the following event at Calder Park, with Beechey winning ahead of new points leader Geoghegan.

Moffat and Jane took their battle to Sandown, where Jane was awarded victory after Moffat - who was black-flagged midway through the race due to loose bodywork - was disqualified.

Moffat had crossed the line first but was censured for ignoring the black flags, gifting victory to Jane. 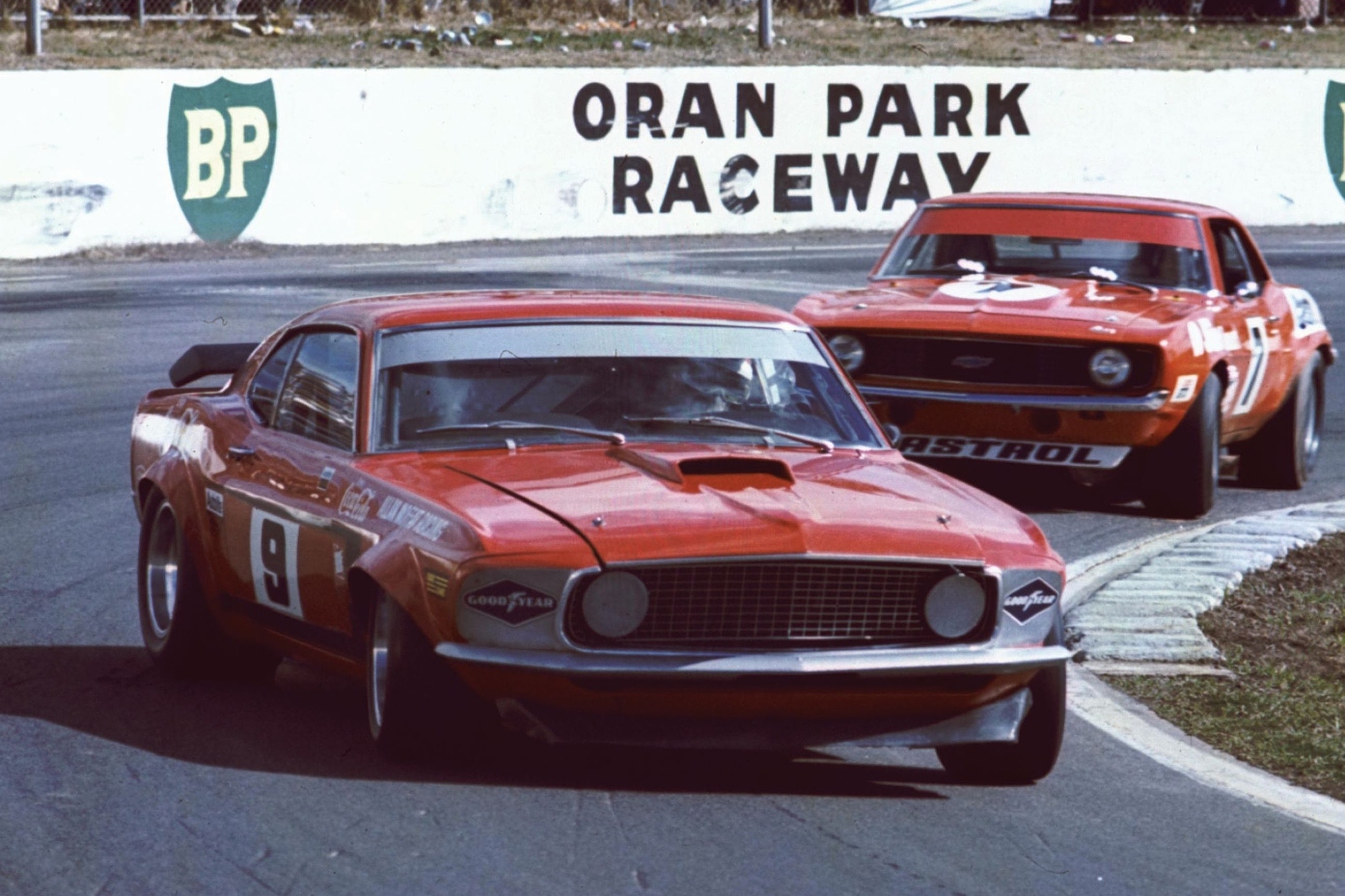 The Surfers Paradise event belonged to Moffat, who claimed pole, set a new lap record and won the race by over 30 seconds.

However, the series lead fell to Jane, who finished second ahead of Geoghegan. Moffat, though, was just three points behind his primary rival.

Moffat dropped ground at Mallala following a spin, with Jane taking victory. However, the margin tightened again after the Canadian won at Lakeside, with Jane third behind Geoghegan following a wheel bearing failure.

Heading to the Oran Park finale, Jane was on 34 points, with Geoghegan second with 32 and Moffat third with 31.

The 1971 points season awarded nine points for victory and six for second, meaning any of the three drivers could win the championship with a race win.

Moffat claimed pole ahead of Jane and Geoghegan, and led away from the start. 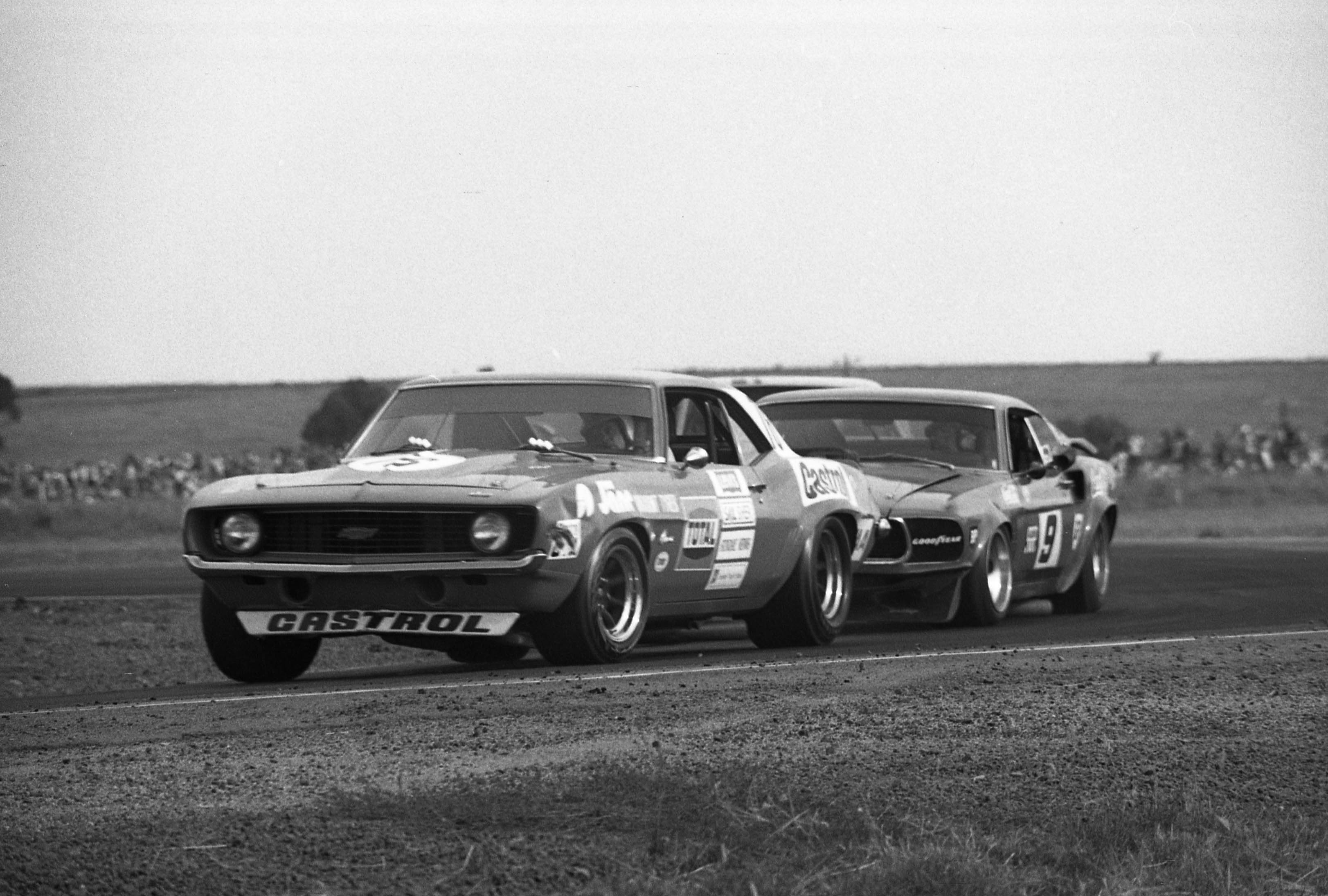 Jane and Moffat resumed their rivalry in 1972

Moffat skipped away to a small lead in the opening laps, on lap 16, disaster struck: Moffat was stuck in second gear, allowing Jane and Geoghegan past.

The title and race were Jane’s to lose, and Moffat - having rejoined the race - set after Geoghegan.

He fought past Geoghegan and chased after Jane, with the lead hovering at six seconds.

Bizarrely, a spectator drove a Valiant Pacer road car onto the circuit and was almost hit by Moffat.

It didn’t deter Moffat, who ranged behind Jane’s Camaro and loomed to steal the title at the death.

Jane, however, held on to take the race win and the championship, while Moffat's second place saw him overtake Geoghegan. 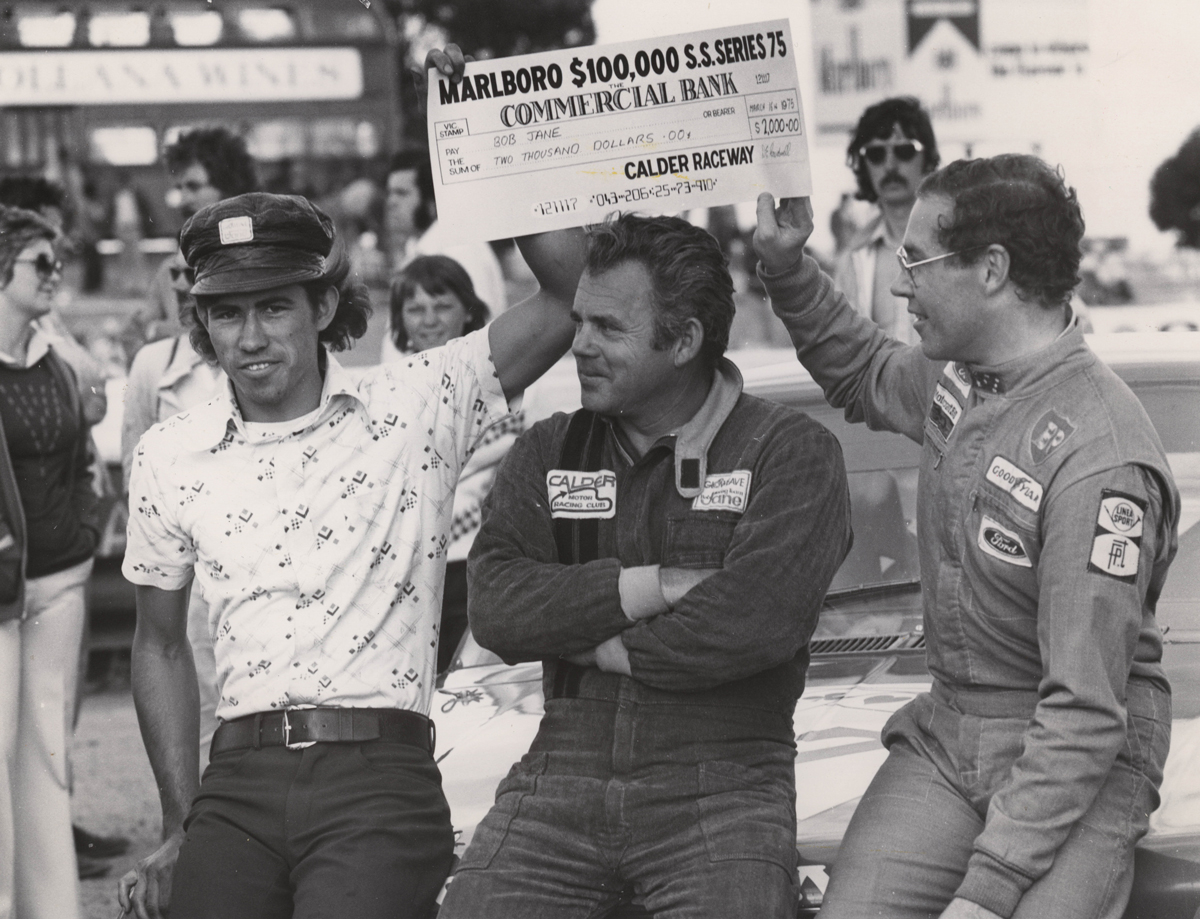 All told, Jane won the title by six points over Moffat, with Geoghegan a point behind - the top three covered by just seven points.

Jane would win again in 1972, before Moffat won four of the next 11 titles.

Both Jane and Moffat families were represented in motorsport in the years to come.

Moffat’s son James, born the year after his 1983 title, carved out a long Supercars career which featured a solo win at Winton and a Gold Coast win in 2018.

Moffat junior is set to compete at this year’s Repco Bathurst 1000 for Tickford Racing.