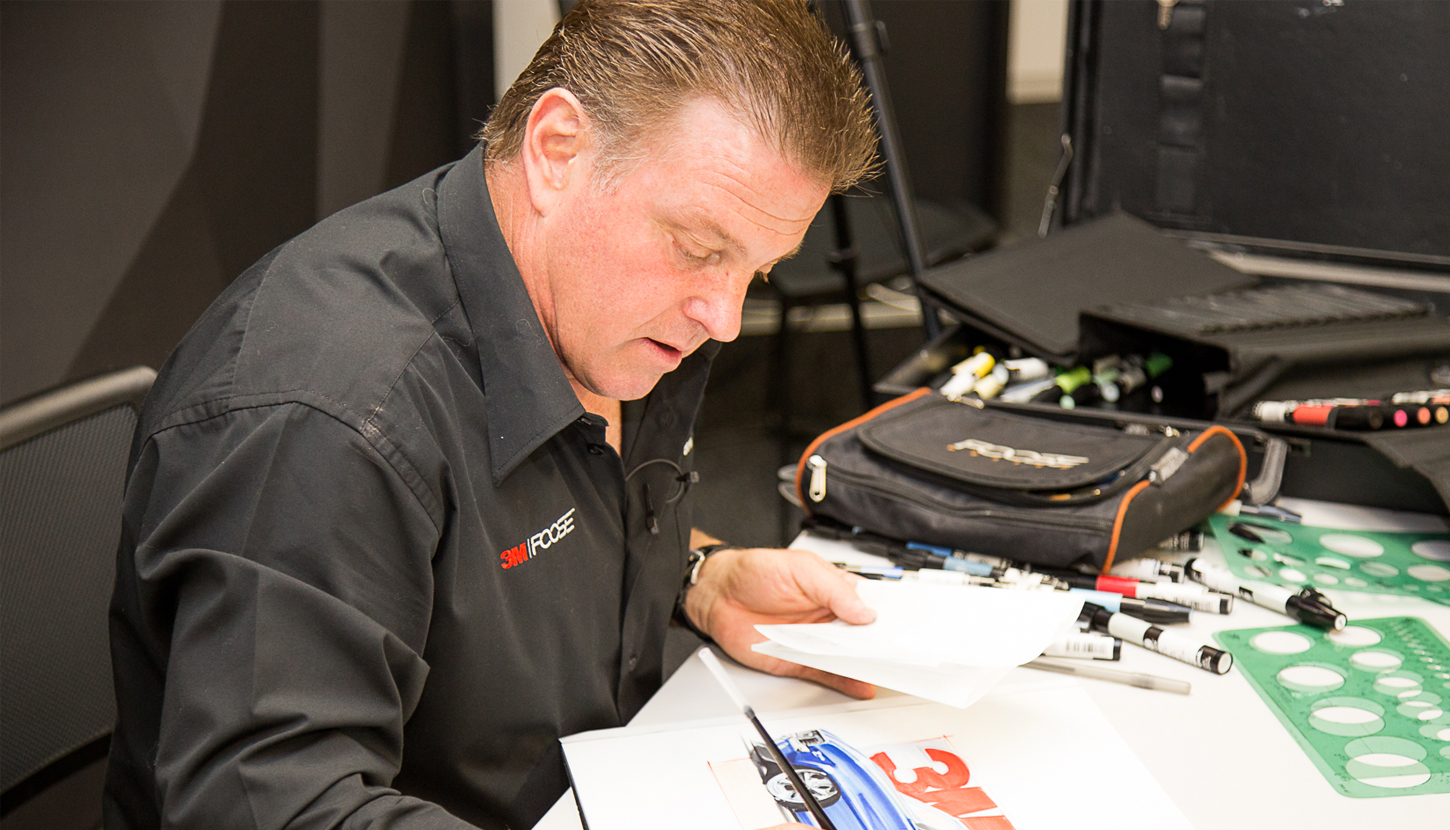 Manufacturing giant 3M ANZ has signed an exclusive agreement with Supercars as the official Innovation Partner for 2017.

To celebrate the partnership, world-renowned automotive artist Chip Foose will be travelling to this year’s Supercheap Auto Bathurst 1000 to meet with fans and illustrate his famous renderings of custom cars.

Chip is known around the world for his work on reality television program Overhaulin’ as well as designing characters for Disney.Pixar’s Cars films.

He was personally selected by John Lasseter of Pixar to contribute paint schemes and graphic treatments to characters from the hit movie Cars.

Enter a special 3M competition for your chance to win a VIP experience plus a Chip Foose meet and greet the at Supercheap Auto Bathurst 1000.

This relationship has since expanded to a showcase of original Chip Foose Cars artworks at Disney Theme Parks around the world and a role as a consultant on the Cars sequels.

The Supercars partnership for 2017 continues 3M’s long-standing relationship with the category.

Previously 3M has supplied various teams with innovative products and was a partner with the Stone Brothers Racing and Erebus Motorsport teams.

Supercars CEO James Warburton said this year’s partnership with 3M and the appearance of Chip Foose at this year’s Supercheap Auto Bathurst 1000 was great news for fans.

“3M is an international brand, recognised in over 200 countries,” Mr Warburton said.

“For 3M to partner with us and bring Chip Foose, one of the world’s most well-known automotive artists and restoration experts to the Supercheap Auto Bathurst 1000, it’s great news for fans.

“For many years, Chip had an association with the late Peter Brock, so he is well aware of the importance of this race and is looking forward to attending our iconic event.”

“Bringing the science of racing together is the perfect match for Supercars and 3M’s five major business groups,” Mr Duguid said.

“In particular, our automotive, industrial, safety and graphics businesses where we innovate and work tirelessly with Australia and New Zealand’s leading industry bodies and customers to bring the most innovative science based technologies to life.