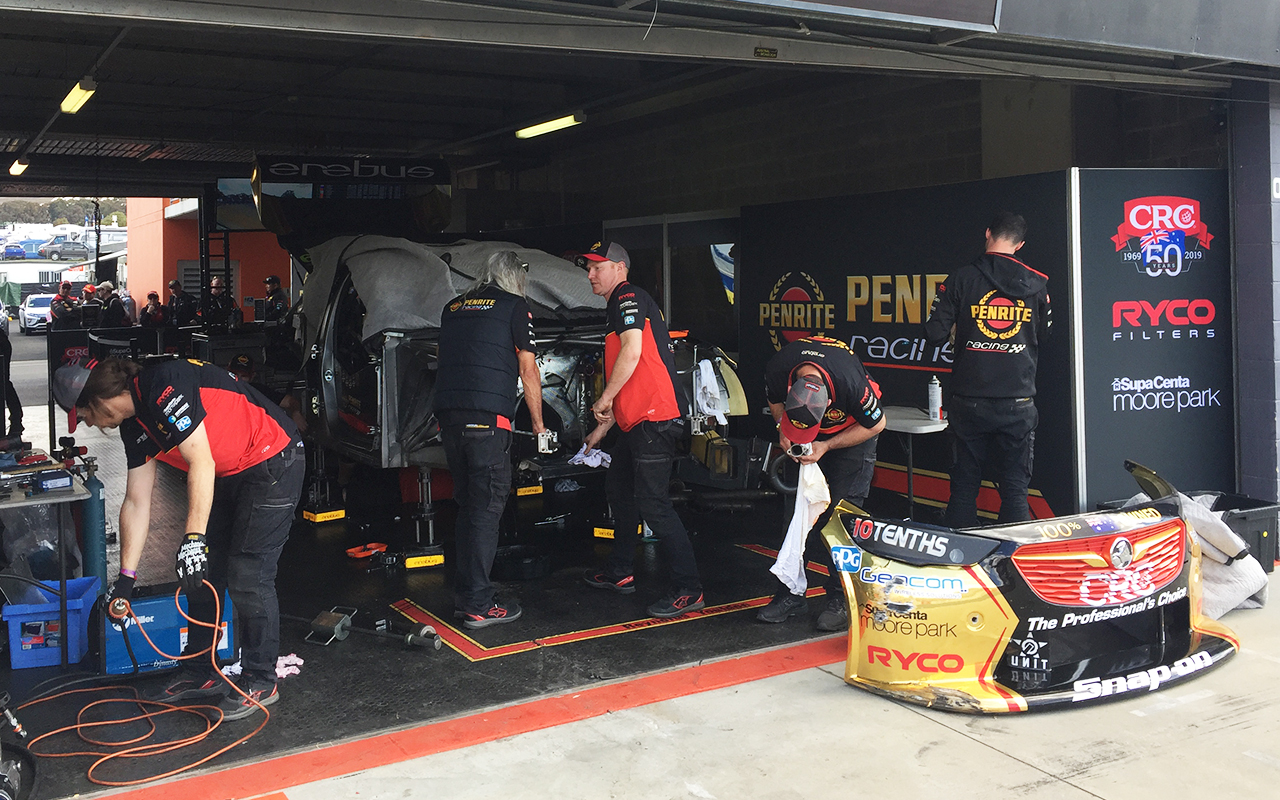 Youlden ran wide and slammed the wall at Sulman Park during the Thursday afternoon session, causing substantial damage to the front and rear of the car on the right-hand-side.

Team boss Barry Ryan expects the car to miss the next three practice sessions before returning for ARMOR ALL Qualifying, scheduled for 4pm Friday.

“It’s extensive damage but it’s nothing we can’t fix,” he said.

“The target now is just to get out for qualifying. We know the car is fast, it doesn’t matter who’s driving it.

“As long as Dave gets out and qualifies it on the front-row and Luke has two half-hour sessions Saturday, we’ll go racing, it’s as simple as that.

“The car is fast, qualifying is where we need to be, the rest doesn’t matter.

“Two one-hour sessions tomorrow don’t mean nothing because the car is fast.”

Ryan says the team has all the parts it needs at the circuit to complete the repair.

‘I think the worst parts are actually ok, the things that can put you out for the weekend are ok.

“But we’re still assessing it. At the moment it looks like it’ll be right - 24 hours I reckon.”

Reynolds had been sixth fastest in the morning’s session, three places behind teammate Anton De Pasquale, whose co-driver Will Brown was fifth in Practice 2.