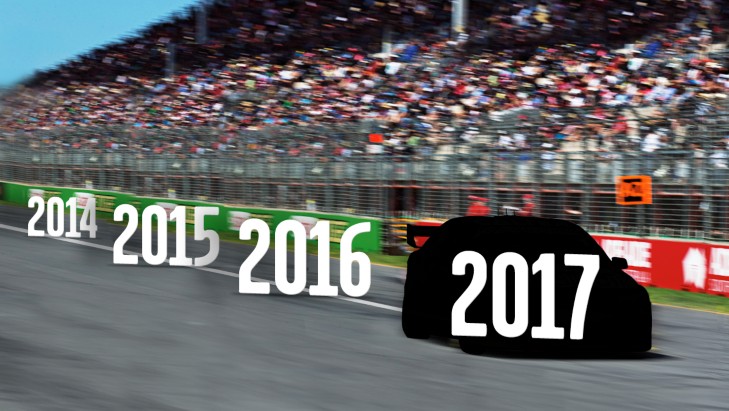 V8 Supercars CEO James Warburton is formulating a white paper on what the next generation V8 Supercar might look like and what form the Championship could take.

Warburton is researching how the automotive landscape will change once Ford, Holden and Toyota cease local car manufacturing. He will present his initial findings to the V8 Supercars Board in the coming months.

As part of his investigation, Warburton is meeting with car makers already involved in the Championship and others who are not.

Warburton has made it clear he has an open mind on what the future potentially holds for the V8 Supercars Championship, declaring "there are no sacred cows".

He is also adamant there needs to be respect for the achievements, the success and stability the past two decades has delivered.

"We have to be very mindful about our heritage, our past; and the fact that we're about high octane entertainment," Warburton told v8supercars.com.au.

A variety of elements are sure to be considered; a potential move to coupe body styles alongside or in place of sedans, the appeal to existing and future manufacturers and international possibilities.

"What we're working towards is a 2017 generation 'two' and a completely different landscape without manufacturing," Warburton explained.

"So everything's on the table and that's why we're talking to manufacturers at the moment, participating and non-participating.

"The beauty of the landscape we have is that anything is possible. So you could look at a different configuration, different power plants. That's not to say we are suddenly going to make wholesale changes, it may be that we decide to stay as is."

While for traditionalists a V8 engine is integral to the category, Warburton said Australia's changing demographic needed to be considered.

"Let's look at the entire framework," he said. "The ethnicity of the country's changed. We've got a third of the population that weren't born here and have probably never driven a V8. So all I'm saying is we need to look at it from an overall point of view and think about what we're doing and where we are heading.

"I don't think you'd rule anything in, or out," he added. "You've got to be very careful about it -the great thing about V8 Supercars is the act has been very well defined; what we're about and the show we put on. And so you'd be reticent to mess with too much of it."

Warburton said a key part of discussions with car manufacturers was determining how they could gain value from being involved in the Championship. He said that could mean "a completely different approach to how they're using the platform" and "what we can do and what they should be doing".

"People love coming to the races, they love the sound, they love the show we put on, so the relevance of this platform is the participation and the audiences we achieve and then how you use those to actually sell cars and sell product."

Warburton said that the longer term strategy for the way V8 Supercars raced internationally could remain as it is, with the Championship continuing to be paid sanctioning fees by overseas promoters. At the other extreme, the concept could be franchised to other continents.

"I think we're a little way off going down that tunnel," he cautioned. "We've still got a number of things that we're looking to achieve here."

23/06/2014
Related Content
2014 Castrol Townsville 500 – Driven by TAFE Queensland  ›
Stay In The Know
Sign up to the Virgin Australia Supercars Championship Newsletter
We use cookies to ensure that we give you the best experience on our website. If you continue to use this site we will assume that you are happy with it.Ok