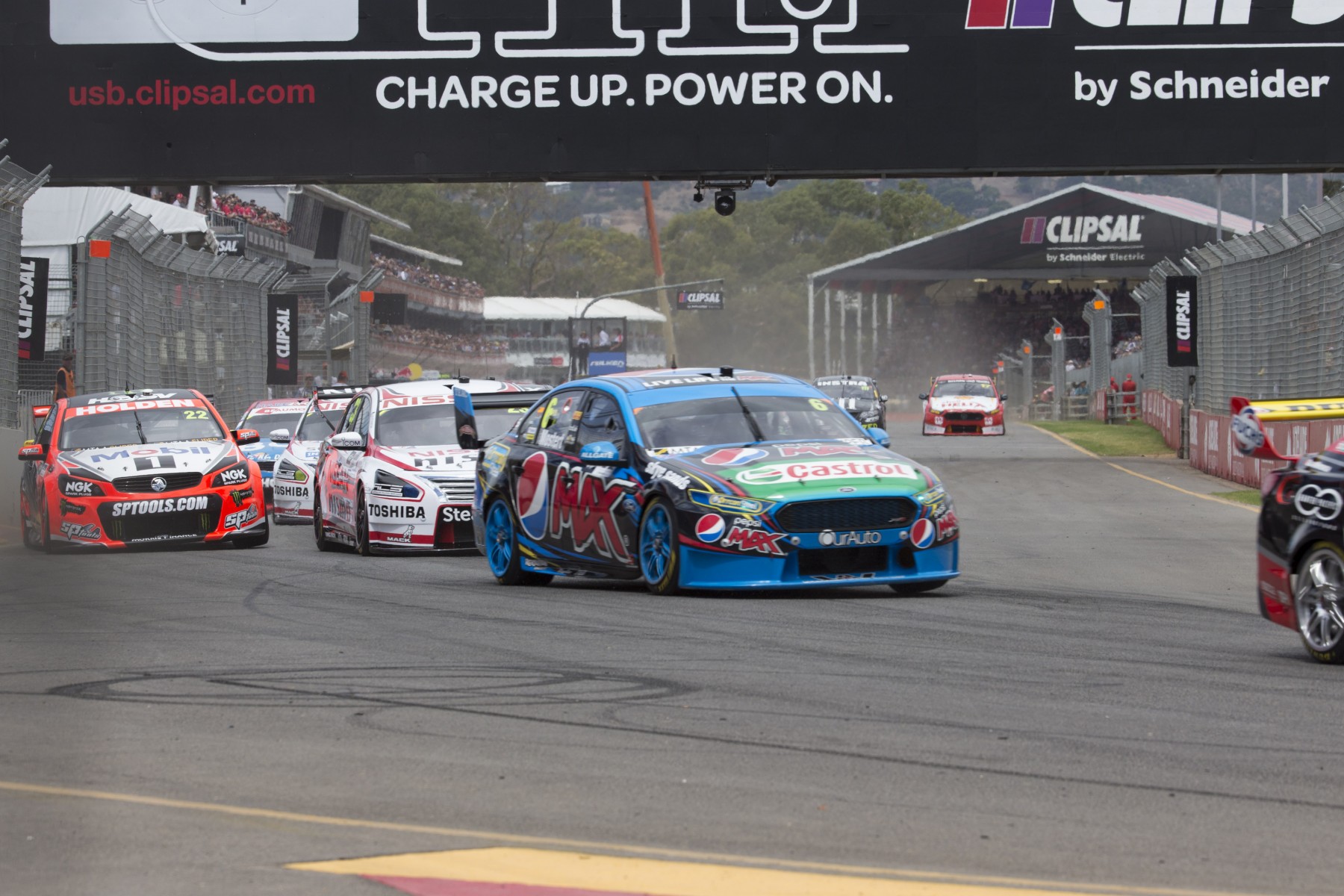 Yesterday’s questions covered off the big contenders – but there’s plenty to watch throughout the field, with so many talented drivers in for a shot at the title.

From young guns and developing teams, to what the 2017 grid might look like, read on for more of the hot topics v8supercars.com will be talking about this season.

It’s a big call to replace the guy who finished third in the championship with a rookie. But that’s what happened at Prodrive, where David Reynolds has made way for Cameron Waters (although as this was written Waters still hadn’t been announced). Of course the Mildura native dominated the Dunlop Series and showed some decent pace in Mostert’s Falcon late last year. Most promisingly he demonstrated a pugnacious attitude, refusing to be cowed by James Courtney and Garth Tander at Pukekohe. Maybe he won’t be the new Mostert. Being Cam Waters may do just fine. 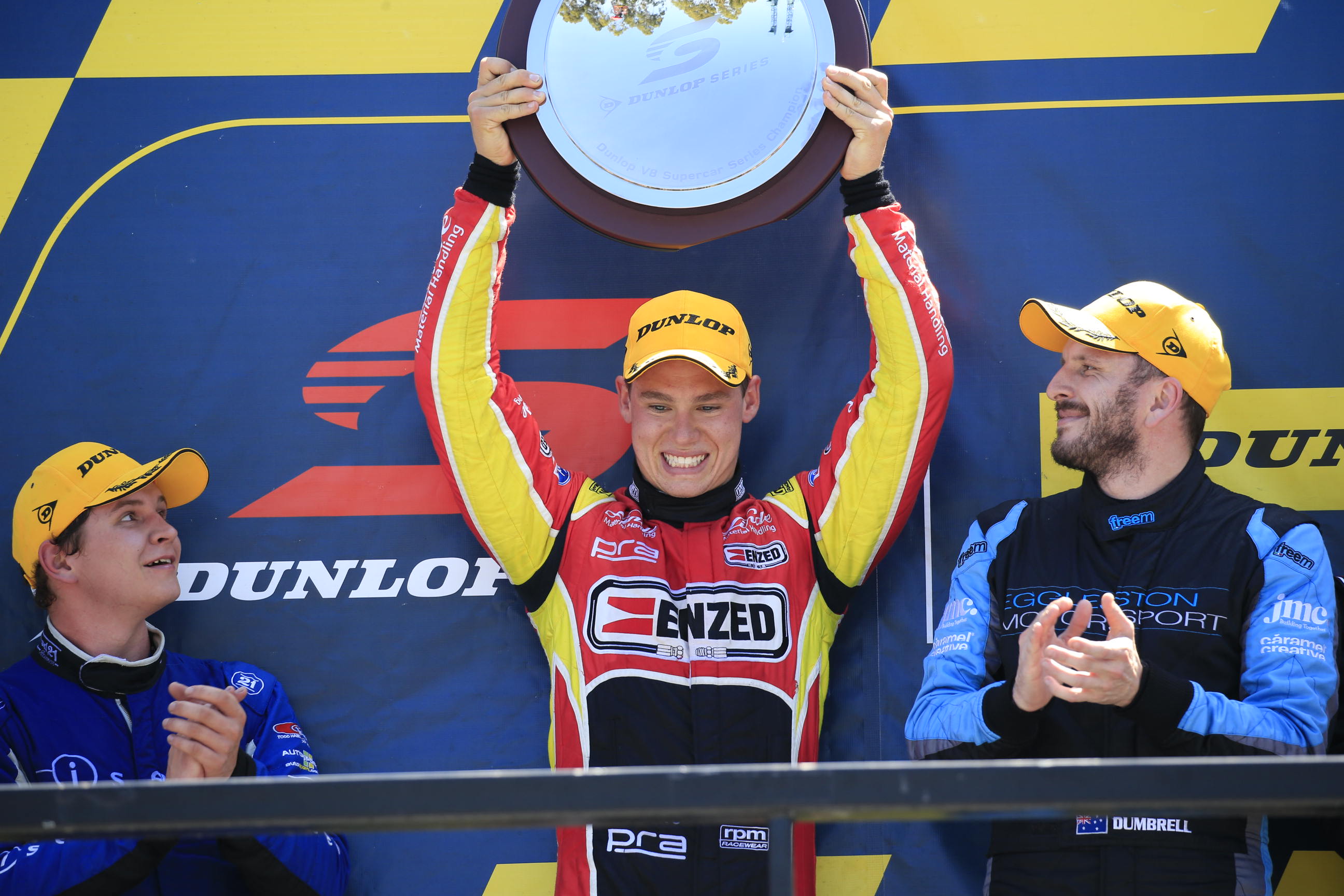 10. Will Volvo rediscover its mojo?

An unhappy test last week did not bode well for Garry Rogers Motorsport and the factory Volvo squad. In the final year of its current deal, this team needs to learn the lessons of a poor 2015 and rediscover the pace and euphoria of 2014. Arguably this team has never been in a better position to succeed now that James Moffat has joined good mate Scott McLaughlin on the driving roster. Moffat drives angry and after three years at Nissan wants to remind the world he is a front-runner. McLaughlin is a front-runner. They should spur each other and the team on to greater heights. But only if the reliability and tyre wear issues that have proved bugbears for the S60 are resolved.

11. Will Nissan discover its mojo?

It’s the fourth year of the Nissan Motorsport program and it’s fair to say it’s had its up and downs in that time – more of the latter than the former unfortunately. But a consistent run for the Altimas with upgraded engines towards the end of 2015 boded well for 2016. Also, while there have been some issues over summer – the loss Jack Daniel’s, James Moffat and tech guru Craig Spencer – it has been a relatively stable period compared to summers past – Sengled replaces JD, Dale Wood and backers GB Galvanizing/Advam slot in for Moff and Spencer is covered by an internal reorganisation. Based on known form, Rick Kelly and Michael Caruso are the two drivers who are the strongest chances to deliver another win for the brand, but hopefully Wood shows his talent more consistently and Todd Kelly’s 2015 resurgence builds more momentum. Some strong results are needed as this is another program waiting on a renewal. 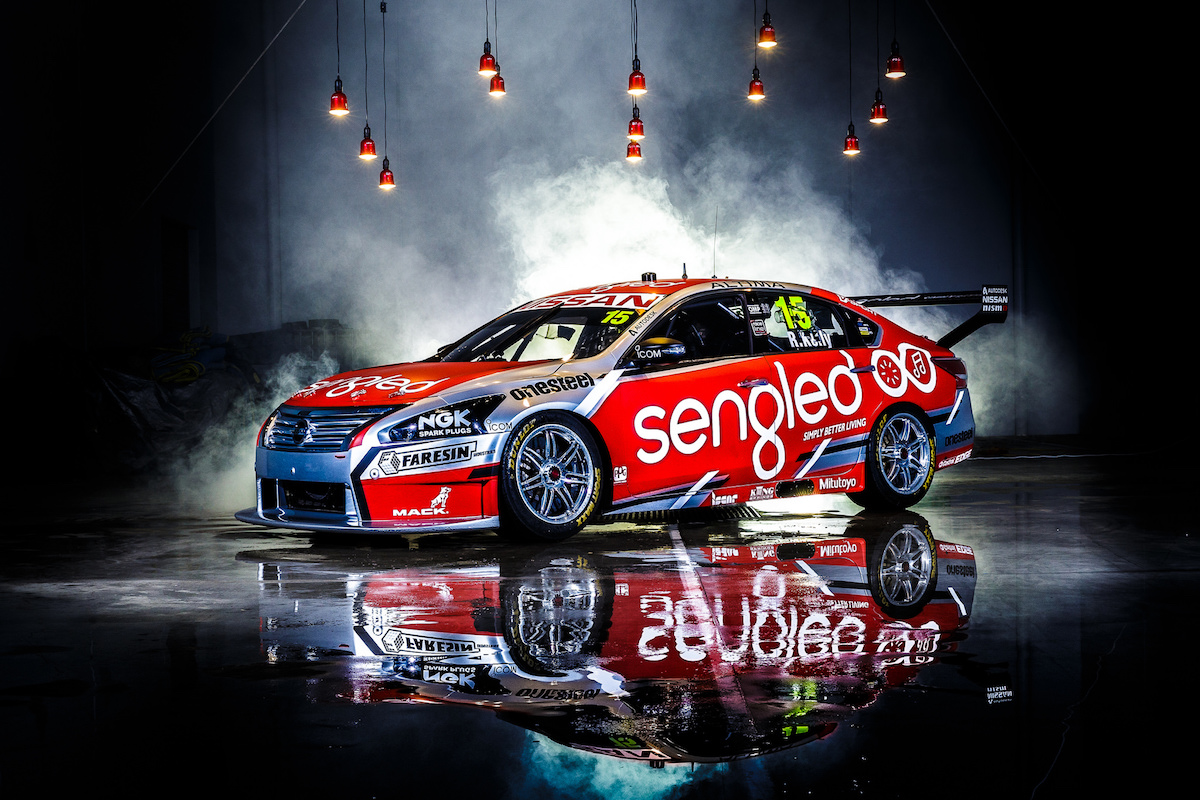 It’s a big contract renewal year in 2016 with Scott McLaughlin, James Courtney, Garth Tander and Michael Caruso amongst those who need to put pen to paper again soon. No disrespect to any one else, but McLaughlin is clearly the biggest name out there, representing current bankability and future championships. His current team owner Garry Rogers isn’t known as a profligate spender when it comes to driver salaries so McLaughlin’s expectations might be outside his range. There’s only a few teams with really big budgets to pay for drivers so that narrows the options down. And just a thought; Roland Dane got Shane van Gisbergen’s deal for 2016 done in 2014, so what’s to stop someone making a pre-emptive strike on McLaughlin as well?

No team has gone through more change over the summer than DJR Team Penske, which has hired Fabian Coulthard to join Scott Pye and expanded to two cars, brought on new engineering staff, built new cars and then gone out and topped Ipswich pre-season testing. The team expects to be a consistent top 10 runner this year and if it achieves that, then podiums will come and almost assuredly, that first win. This will be another massive learning year for the team, but better to be learning up near the front than down the back. 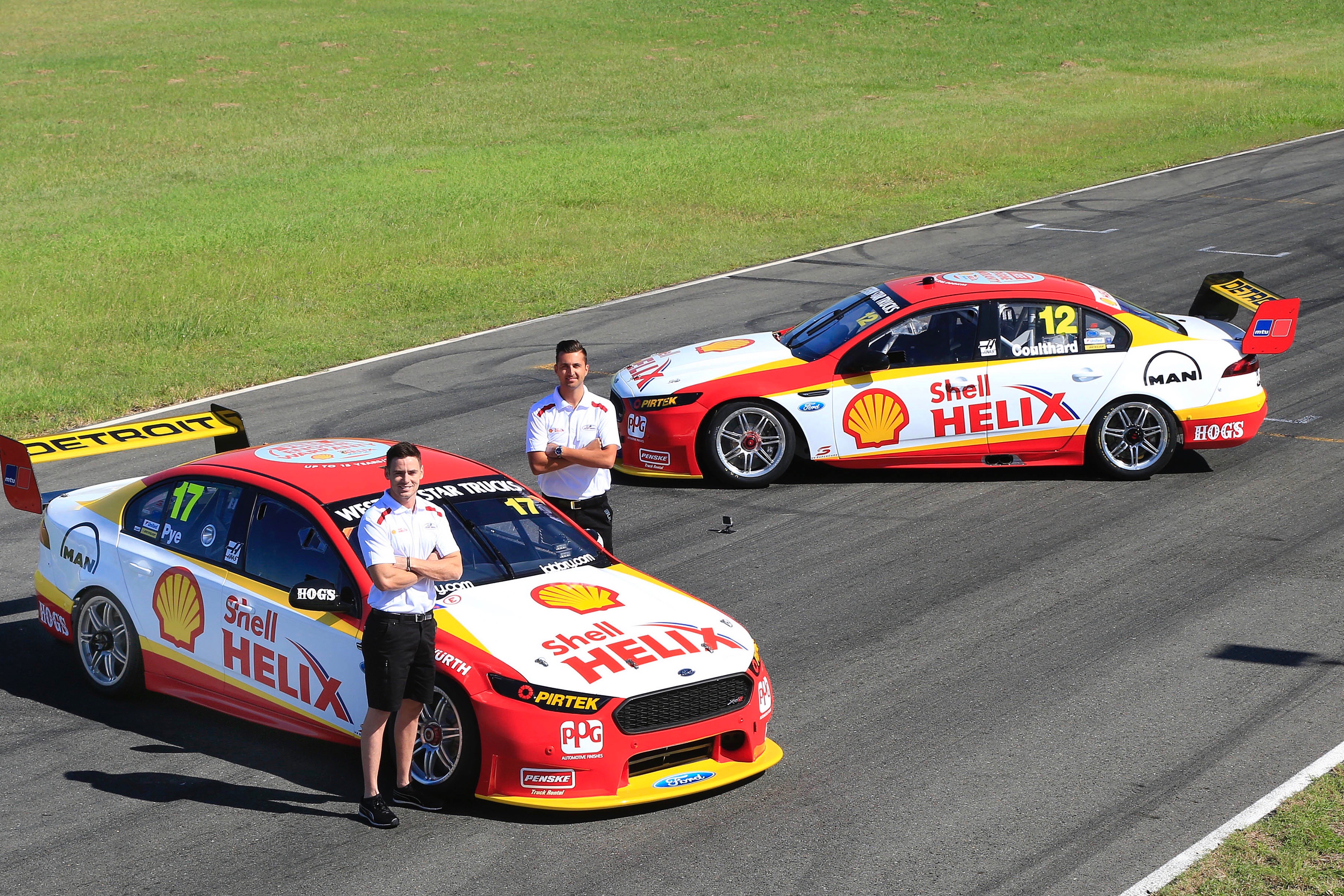 How cool was it that Tim Slade topped the testing times at Winton in his first outing for Brad Jones Racing? What would be even better is he turns out to be an inspired choice as replacement for Fabian Coulthard in the Freightliner Commodore, breaks through for his first win and runs hard and fast in the top 10 all year. It might not be as outlandish a prospect as you think given the increased amount of soft tyre racing scheduled for 2015 and the BJR Holdens’ preference for that rubber. But even so there is no question the Albury team has work to do to find the consistency to transform it from everybody’s favourite battlers and become a respected force. One hurdle in achieving this is the departure of highly respected engineer Phil Keed with Coulthard to DJR Team Penske. He might end up proving to be the more difficult talent to replace. 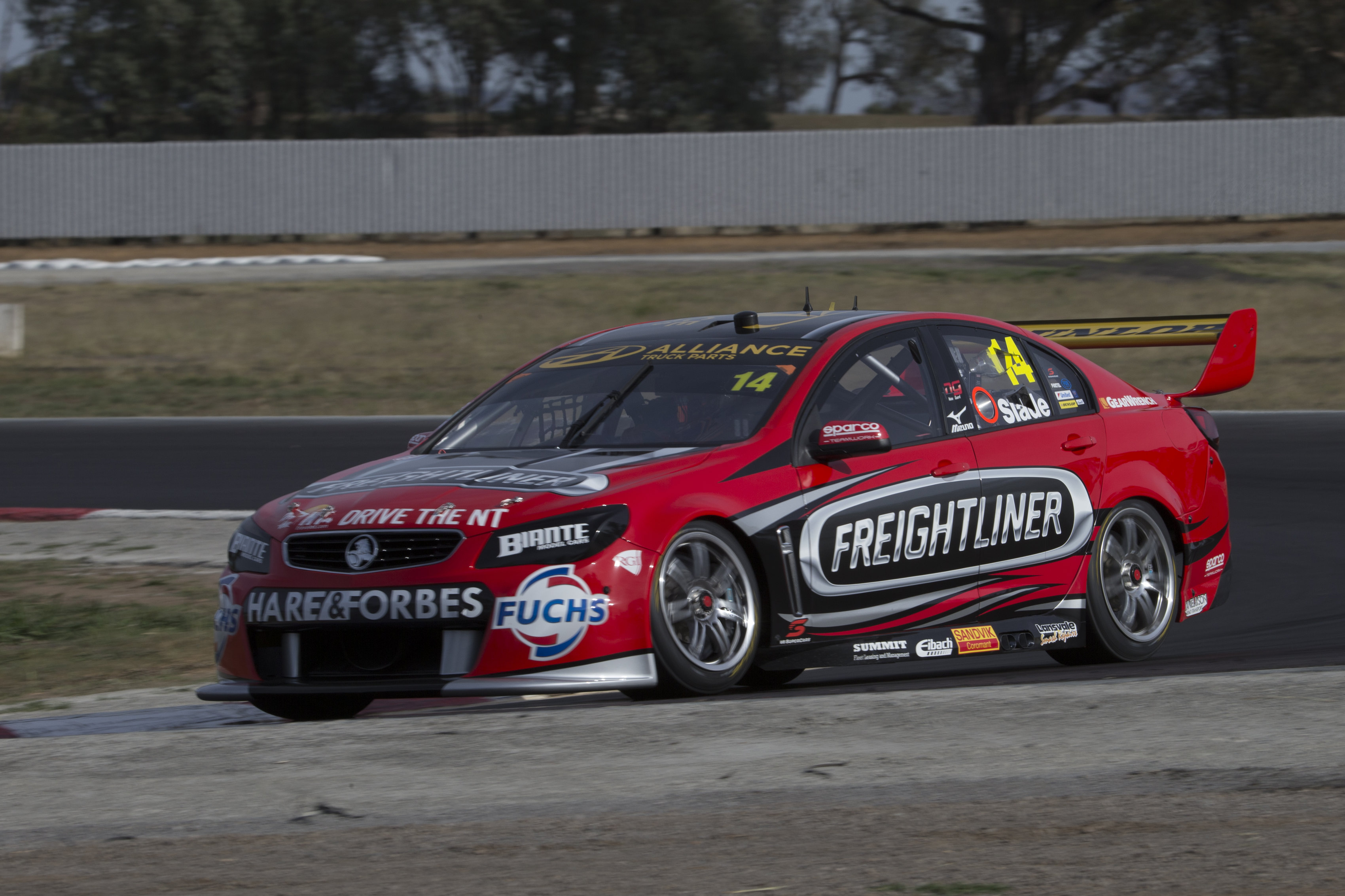 15. Where to for Jason Bright?

Brighty had a strong 2013 that carried on into 2014 but faded away again in 2015. He is now 43-years old and unless there is a distinct uplift in results it's logical to see him and Brad Jones deciding that it’s time for him to focus on the endurances races. Brighty doesn’t just race the BOC Commodore for BJR; he has a burgeoning business and family life as well, so it’s easy to see how finding enough time to focus on his driving is difficult. Let’s hope he does somehow figure out how to balance all those competing demands and have a great year on-track.

By minnow we mean Charlie Schwerkolt’s new single-car operation, Erebus and Lucas Dumbrell Motorsport. It’s all change for Schwerkolt, who has bitten the bullet and set up his own team under the direction of Jeff Grech with Lee Holdsworth retained as driver. All change for Betty Klimenko’s team too, which has new drivers, cars and a new Melbourne home. Expecting a lot early in the season from these guys is a tall order, although Holdsworth is a fighter and the T8-sourced machinery and back-up is good. Reynolds will probably get rolling later as he and the team acclimatise to each other and their Walkinshaw Commodores. LDM is more settled, although Andre Heimgartner replaces BJR-bound Tim Blanchard. If someone is going to pull out a big performance at Clipsal amongst these teams then it’s surely going to be LDM’s Nick Percat on home soil. He is always fast in Adelaide and early in the season there is always a chance for a surprise result. 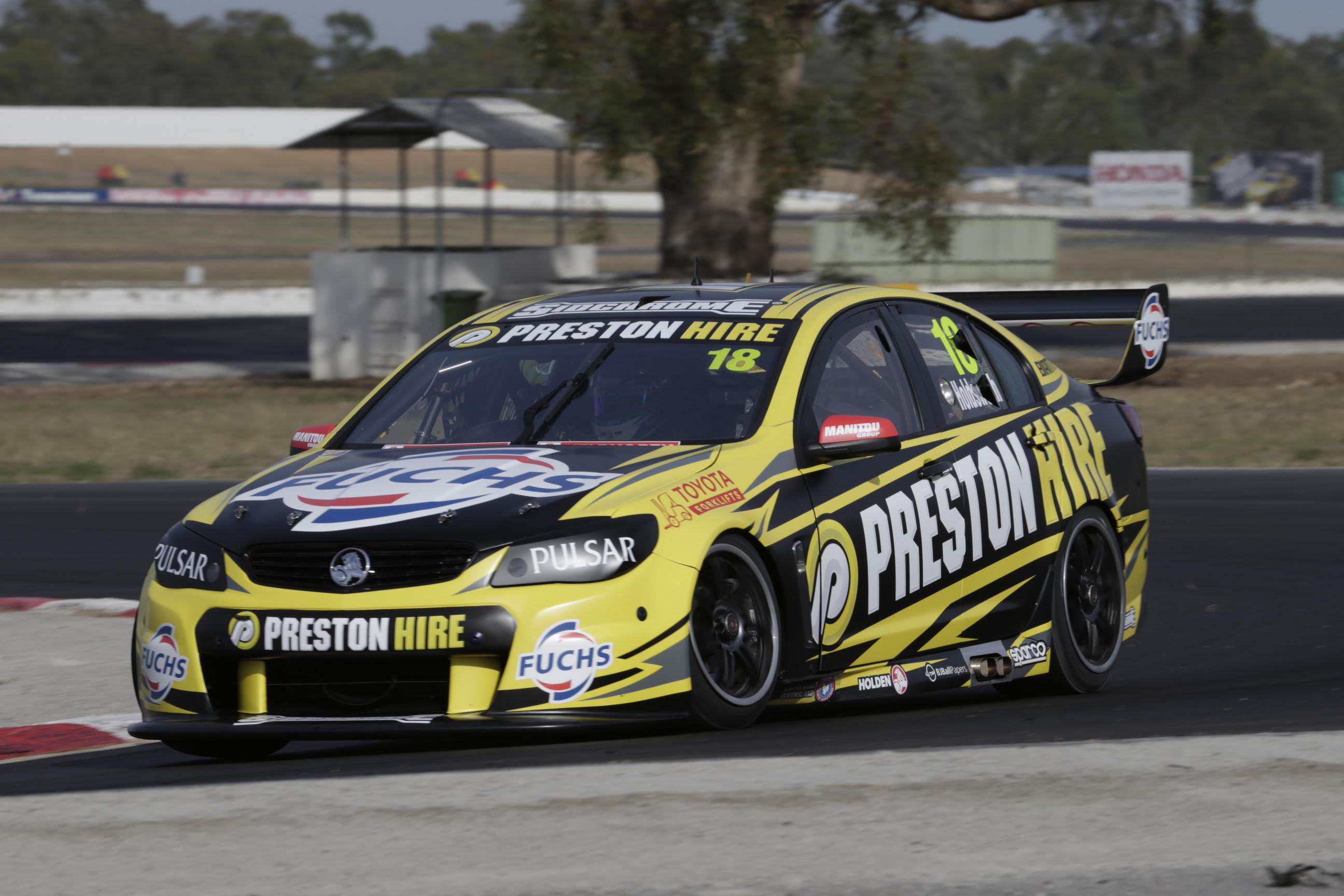 The first round of the 2016 V8 Supercars Championship kicks off this week with the Clipsal 500. Click here for all the details, including ticketing information.