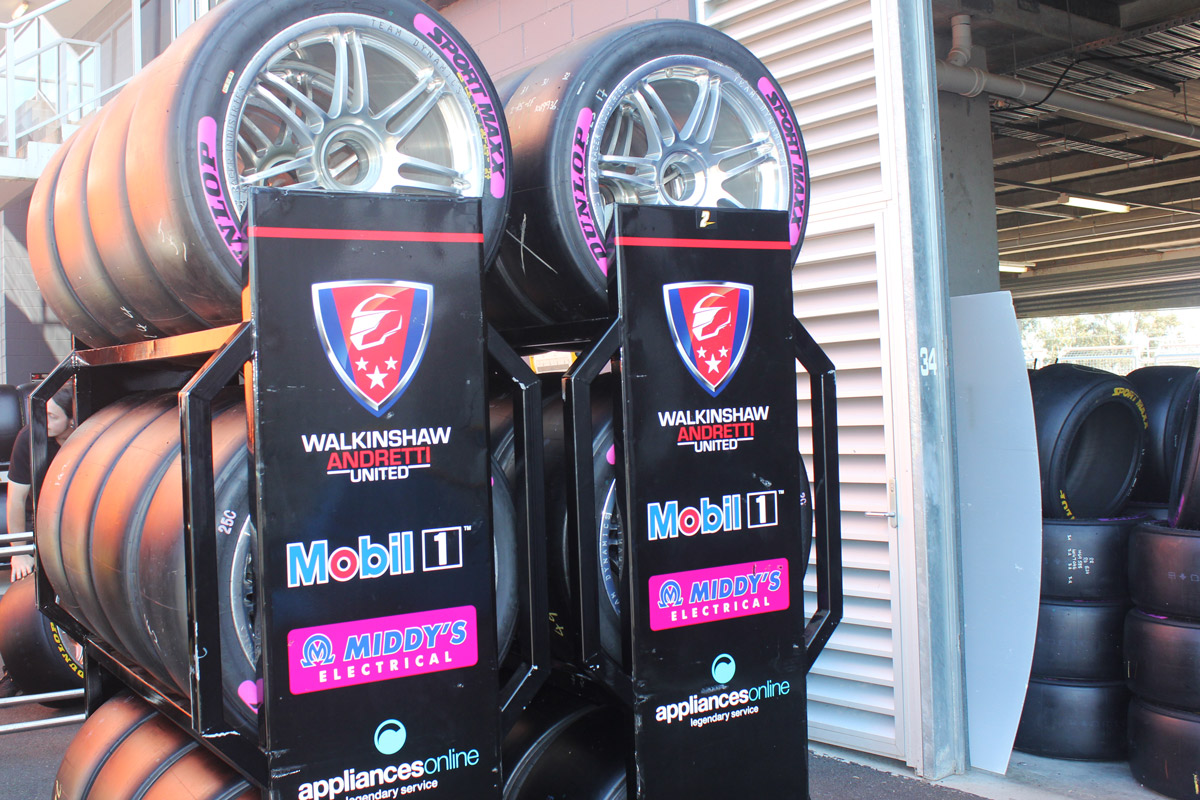 Different coloured Dunlop tyres will be in action at the Supercheap Auto Bathurst 1000 but that does not signify a mixed compound allocation.

It’s part of a Plan B which has ensured the Great Race can go ahead as planned after part of Dunlop’s shipment of tyres from Japan became stuck in a backlog at Sydney’s Port Botany.

Ordinarily, Supercars’ tyres come into Melbourne but that was changed when the Victorian capital went into its COVID-induced lockdown.

With several other companies following suit and delays caused by strike action taken by Port Botany staff, just one of Dunlop’s three inbound containers have been unloaded.

That predicament however has been overcome by some savvy planning involving redistributing sets of tyres that had been in line for use at the cancelled Melbourne and New Zealand rounds.

“When AGP was cancelled mid-event, there was an allocation of hard tyres there that we hadn’t used so basically between that and NZ [and the container that has arrived], we have got enough tyres for the weekend,” said Supercars Head of Motorsport Adrian Burgess.

“To best manage fairly and equally for everybody, we’re stipulating what sessions we use which tyre codes so everybody is on the same batch of tyres at the same time.”

Strenuous testing has confirmed all tyre batches are a near-identical softness of compound but the regulating of when each lot of tyres will be available eliminates the potential for any advantage or disadvantage.

As such, five sets of tyres marked with yellow Dunlop branding will be given to each car for use in all seven practice sessions and the Sunday morning warm-up.

Ten sets of tyres marked with pink Dunlop branding, per car, will be dedicated to qualifying, the ARMOR ALL Top 10 Shootout and the 161-lap race.

The pink colouring is in line with Dunlop’s efforts to raise awareness of breast cancer.

“It is sort of a storm in a teacup but luckily we have had a Plan B in our back pocket so Kevvie [Fitzsimons of Dunlop Motorsport] and his guys have done an amazing job to ensure the event isn’t affected in anyway,” added Burgess.

The 25-strong Supercars field will hit the track at Bathurst for the first time on Thursday morning at 9:30am local time.