The 2021 Repco Supercars Championship has seen Chaz Mostert take his career to another level as he eyes a maiden drivers’ title.

Already this season, he has scored two podiums at Mount Panorama and a pole at Sandown.

He also made history in Sandown on the Saturday, becoming the first driver to score bonus points after registering the fastest lap in Race 3.

Mostert made his main game debut for Dick Johnson Racing midway through the 2013 season, and hit the top step at Queensland Raceway later in the year.

The then 21-year-old led home the factory Ford duo of Will Davison and Mark Winterbottom to stamp his mark on the main game. 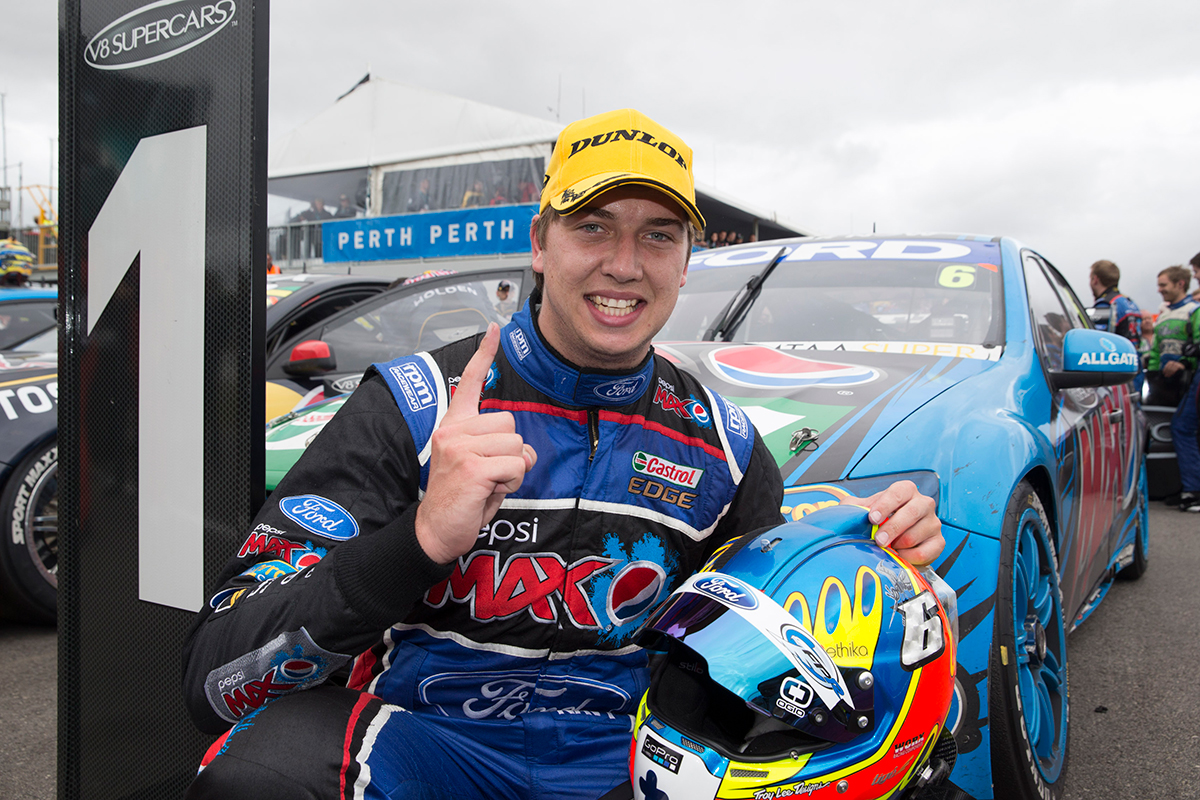 In his first full season in factory Ford colours, Mostert drove from fourth to win at Wanneroo.

Under cloudy skies, Mostert won out in a battle of tyre strategy to defeat Craig Lowndes and teammate Winterbottom.

From 25th to the lead on the final lap, much has already been written and said about Mostert and Paul Morris’ epic Bathurst win in 2014.

After being disqualified in qualifying, Mostert and Morris had it all to do on race day, with the latter finding the barriers at Griffin’s Bend.

The #6 fought its way through, with Mostert famously passing Whincup, who was short on fuel, on the final lap.

From pole to victory, Mostert was a force at Winton as he scored his first win of 2015. 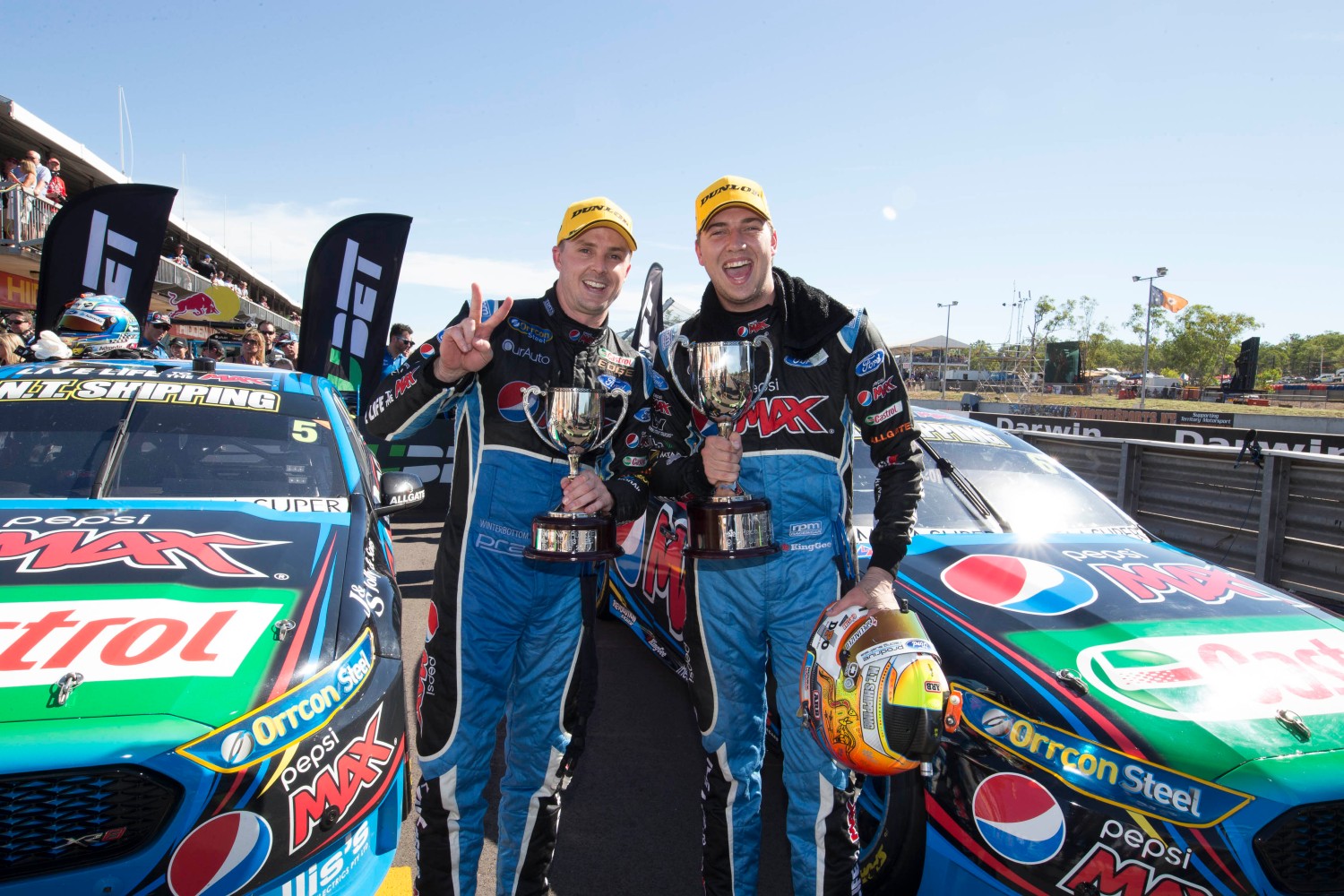 The race itself was chaotic, with a number of key names coming together.

Not that it fazed Mostert, who led another Prodrive one-two with Winterbottom in arrears. 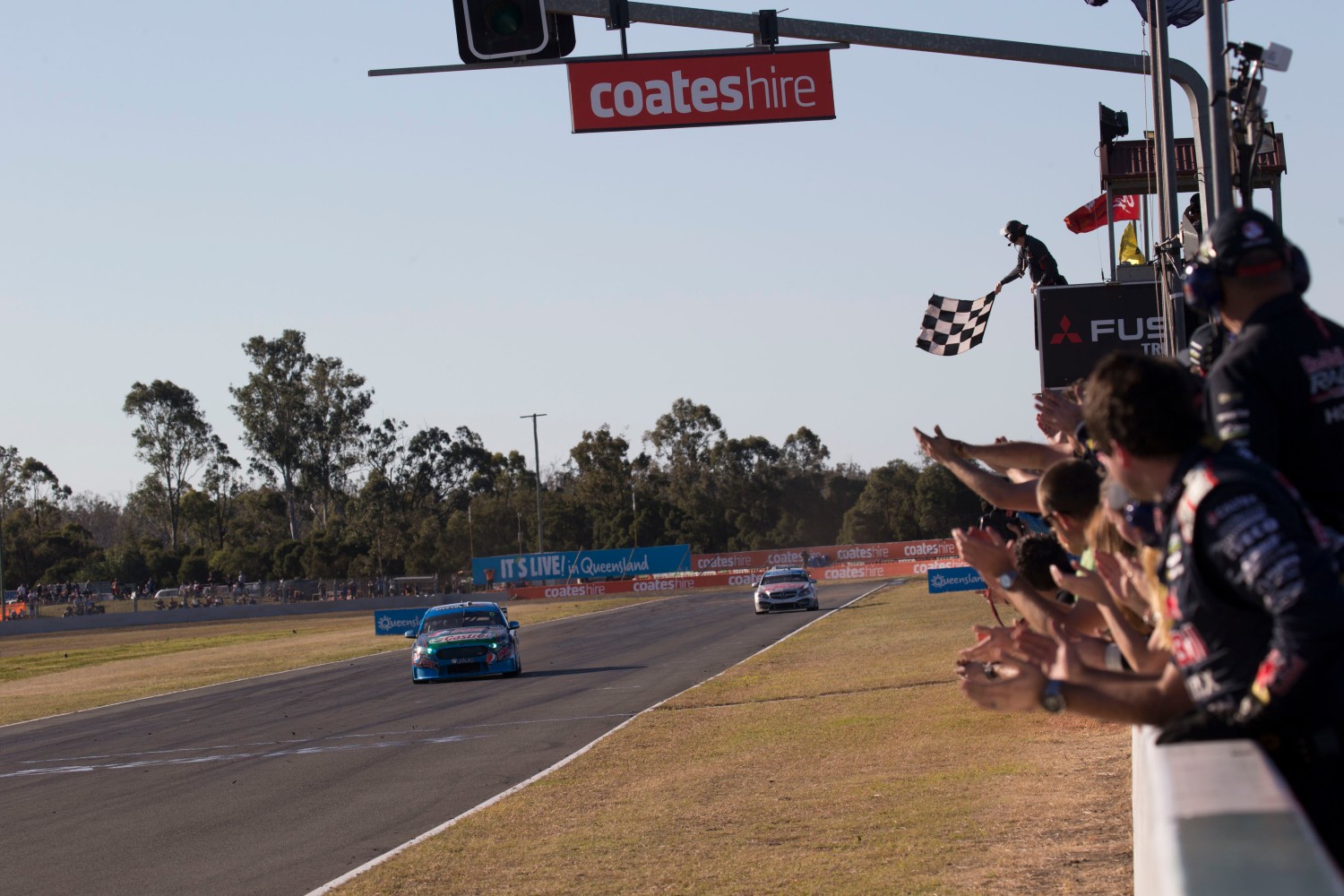 Mostert’s third win of 2015 came in a brilliant wire-to-wire victory at Queensland Raceway.

The pole king of 2015, Mostert converted his eighth pole of the year into victory. 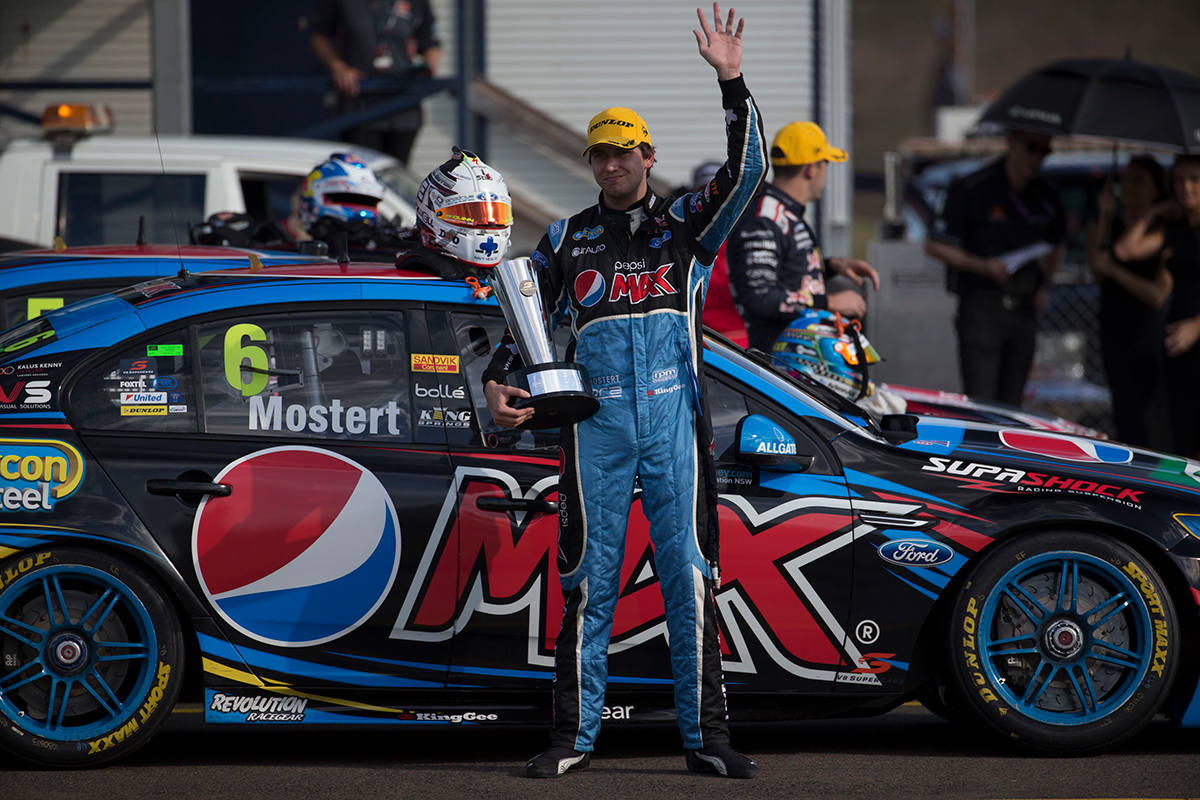 Mostert out-gunned Winterbottom from the front row of the grid to take his first win at Sydney Motorsport Park.

The two Pepsi Max Falcons ran side-by-side through the Turn 1 sweeper before Mostert pulled away and drove to victory by 1.6s. 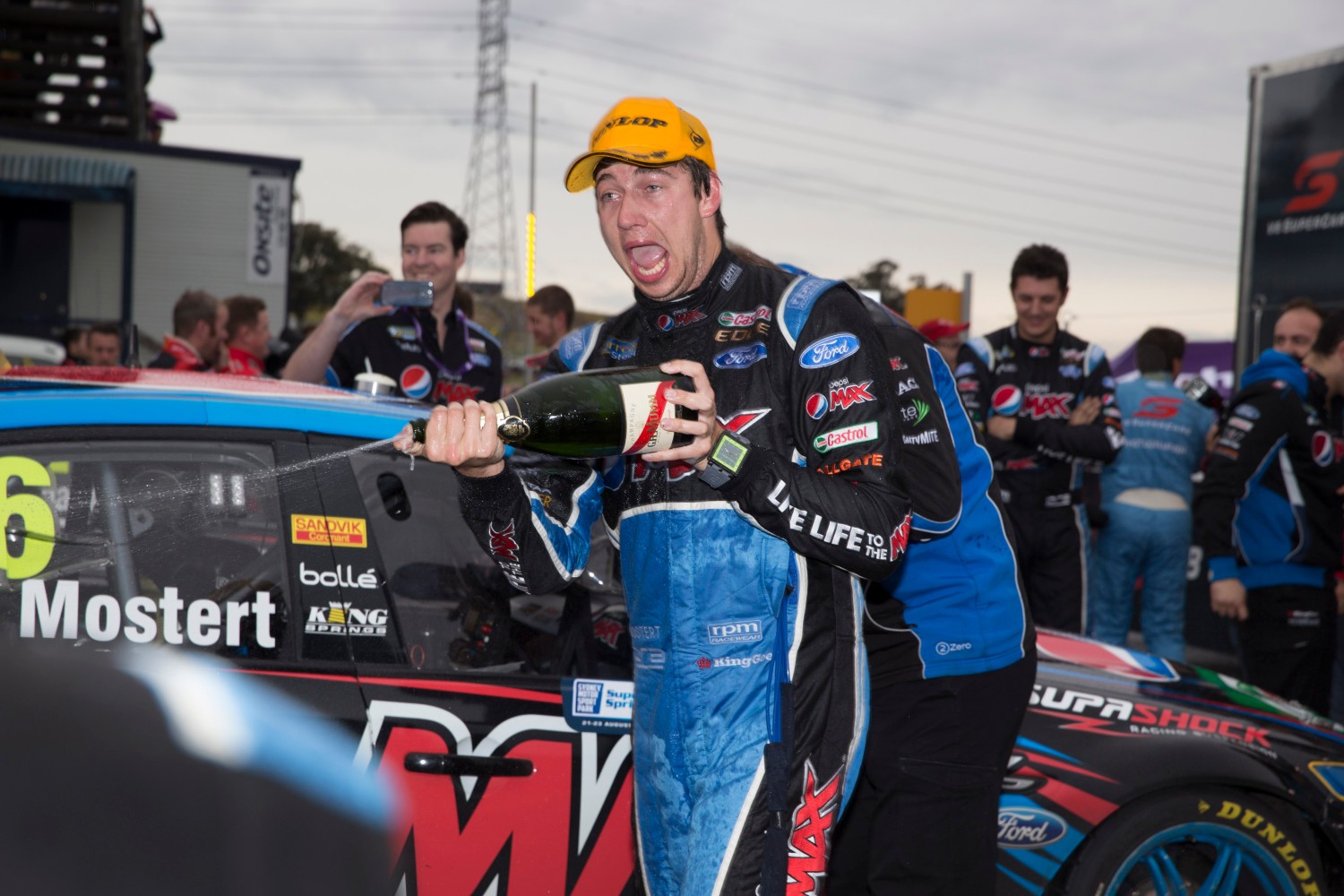 Mostert scored his second win in as many days with a brilliant drive in the wet at Sydney Motorsport Park.

Mostert ended his two-year wait for victory with a brilliant win at Phillip Island.

It was his first win since his Bathurst accident in 2015, when he suffered a litany of injuries.

McLaughlin failed to displace Mostert after a late Safety Car following a spate of blown tyres.

Mostert had to fight back to take a maiden Surfers Paradise win following an early incident for co-driver Steve Owen.

Owen was turned by Whincup’s co-driver Paul Dumbrell at the first chicane, with Mostert defying the rain to clinch a brilliant victory. 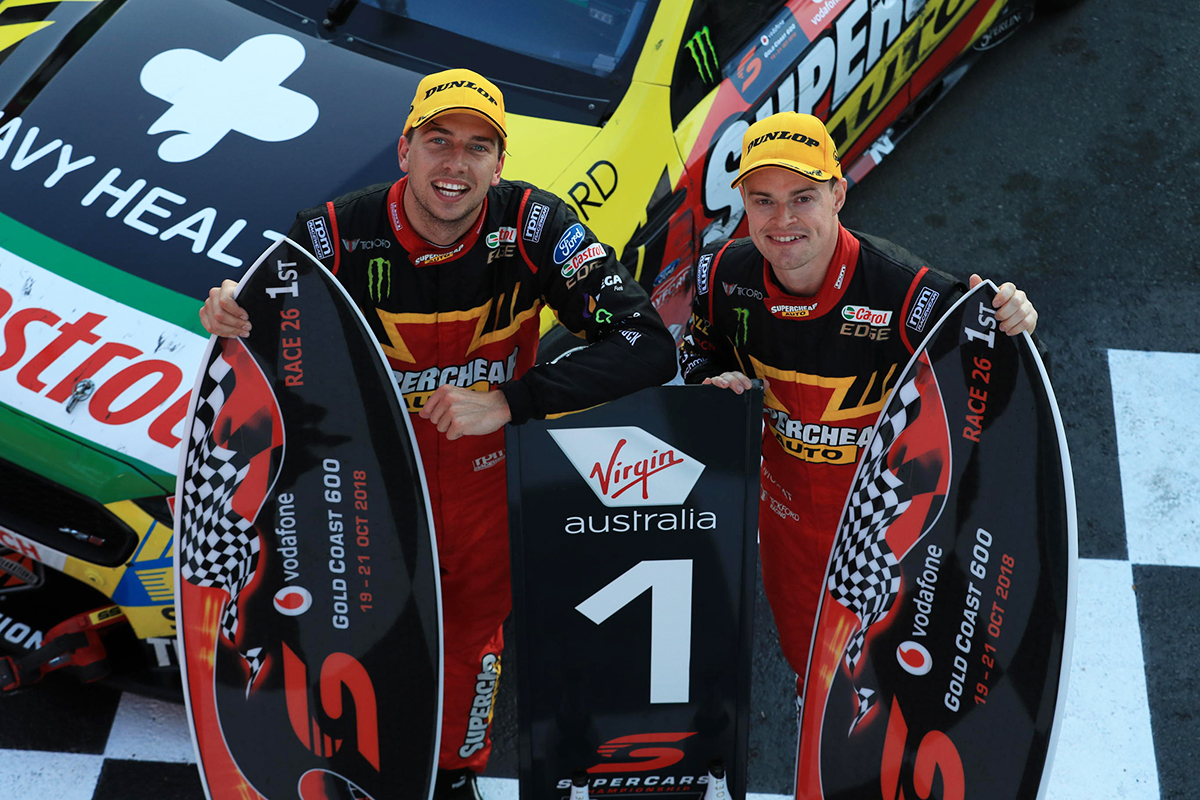 In a dominant performance, Mostert crossed the line nearly 10 seconds ahead of his closest rival. 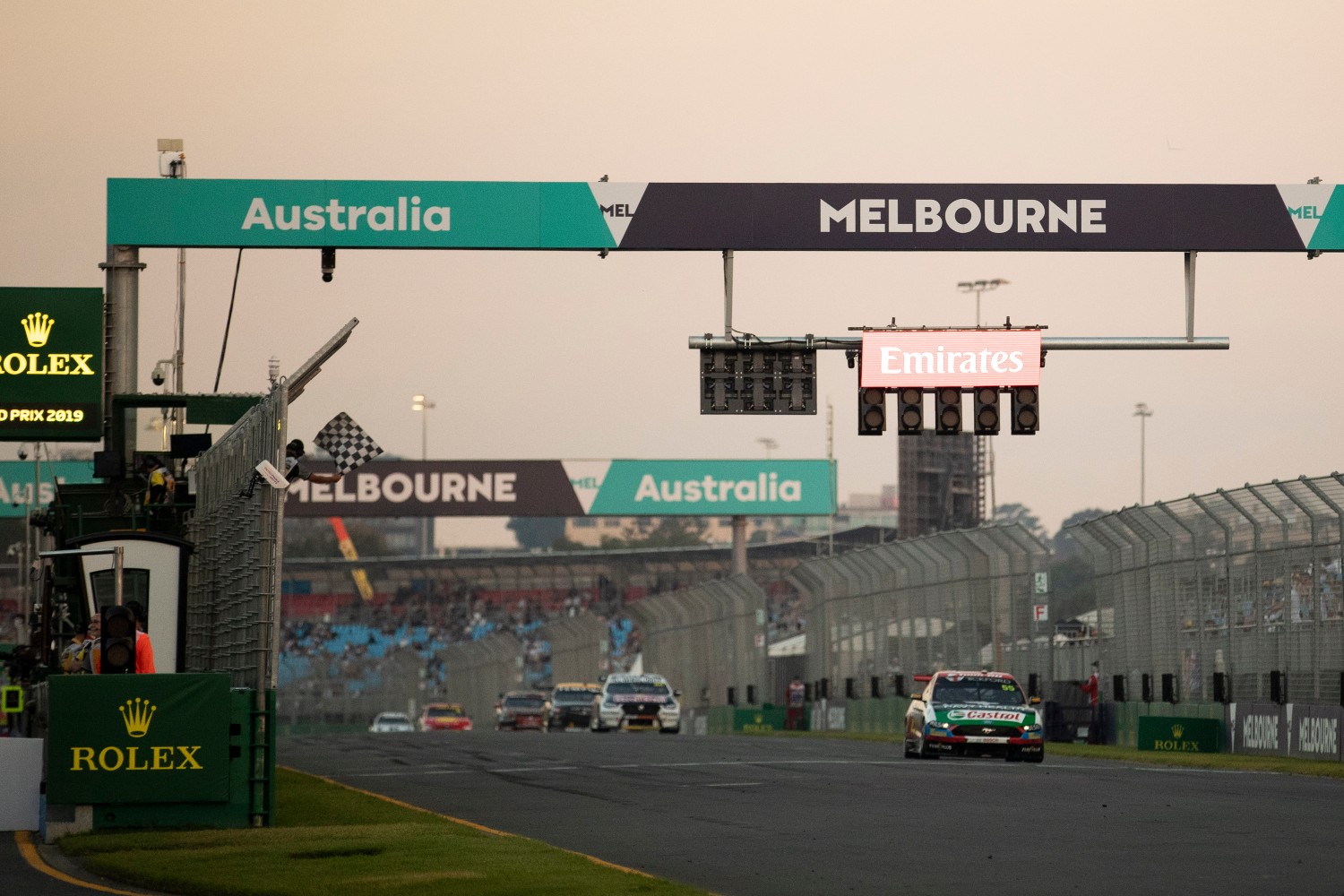 The victory, which remains his most recent to date, also helped Mostert go on to clinch the Larry Perkins Trophy, having accumulated the most points across the weekend.

Mostert will continue his 2021 campaign at the Beaurepaires Tasmania SuperSprint across April 17-18. Tickets are on sale now.