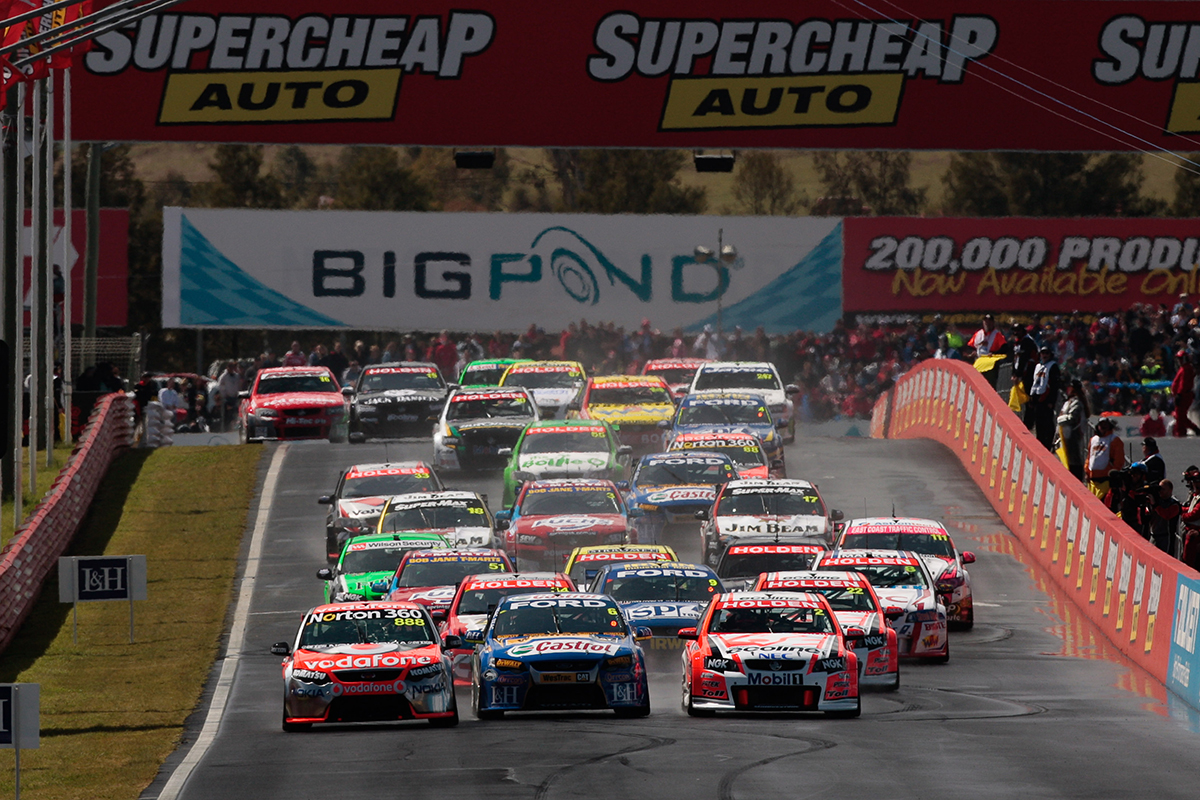 If you've spent any time on social media lately, you'll have seen the #10YearChallenge doing the rounds.

There's not much of a 'challenge' to it, per se, but a look back at the Supercars scene in 2009 is an interesting exercise.

It was the year hogs flew but a lion roared in the Great Race, teams and drivers got to feel very Olympic, one team's brand swap made headlines and a two-wheel hero made a cameo. 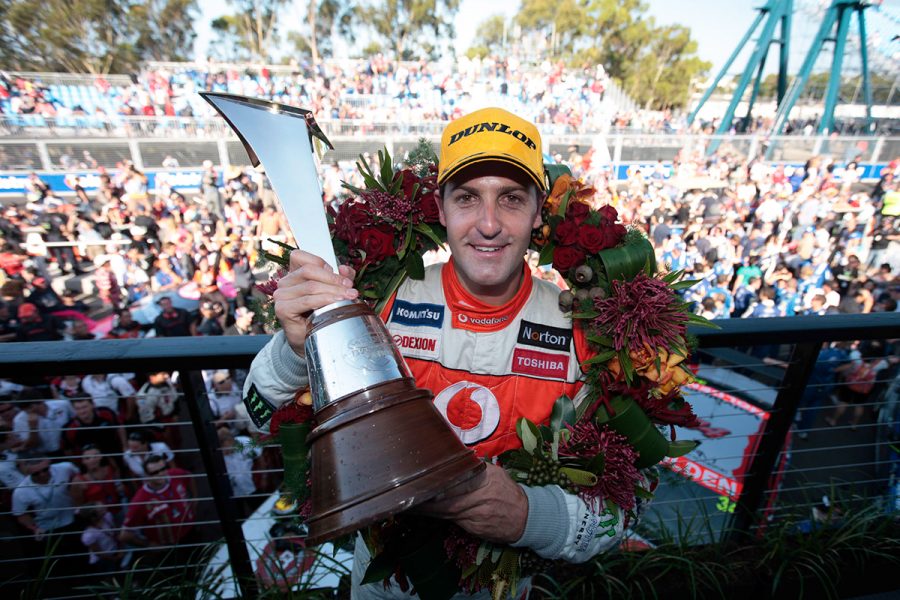 Garth Tander and Craig Lowndes, third and fourth in 2009, step back this year, while Michael Caruso's Kelly Racing future is currently unclear.

Whincup made it back-to-back titles in his TeamVodafone Falcon with a final margin of 305 points over Holden Racing Team recruit Davison.

At HRT, Davison impressed in his first year replacing the retired Mark Skaife, including winning Bathurst with Tander to end a run of three-straight for Whincup and Lowndes. 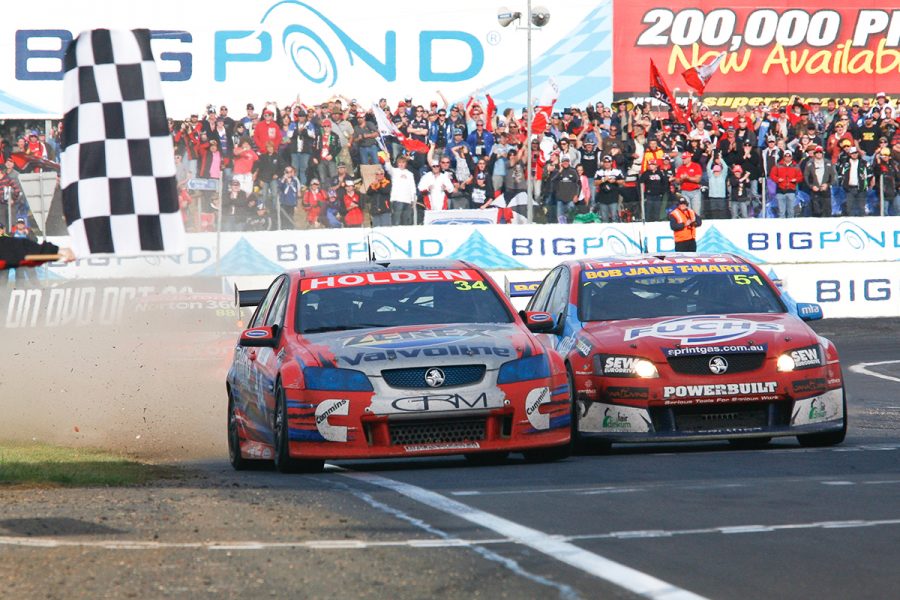 Skaife raced with a team other than HRT for the first time since 1997, joining Tasman Motorsport for the enduros – with Greg Murphy, he narrowly missed a podium in fourth, above.

Courtney laid the foundation for his championship-winning 2010 by claiming two victories in his first season with Dick Johnson Racing. 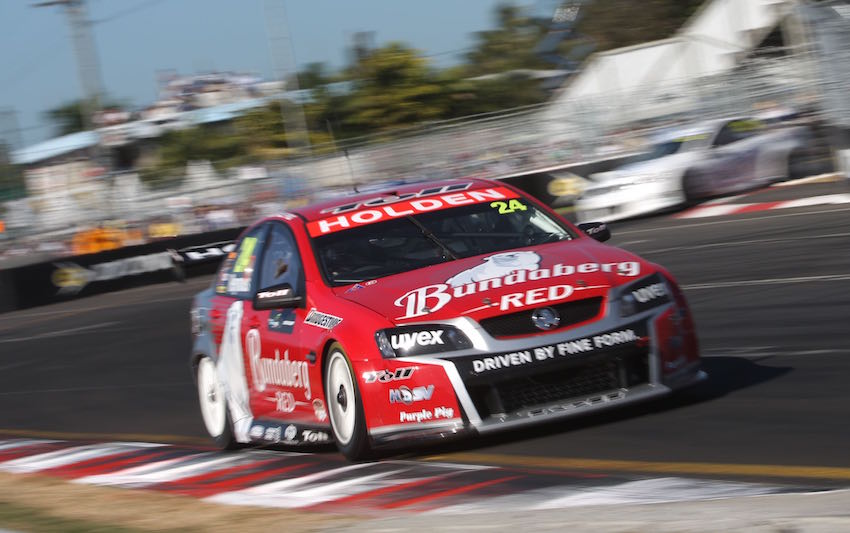 Further down the order, in 22nd and 24th, Reynolds and Slade made their full-time debuts with Walkinshaw Racing and Paul Morris Motorsport.

Reynolds was unfortunate to be squeezed out after a single year while Slade had a baptism of fire but found his feet and moved to Stone Brothers Racing in 2010.

It was, sadly, Jason Richards' last full-time season before his diagnosis with adrenocortical carcinoma in late-2010. 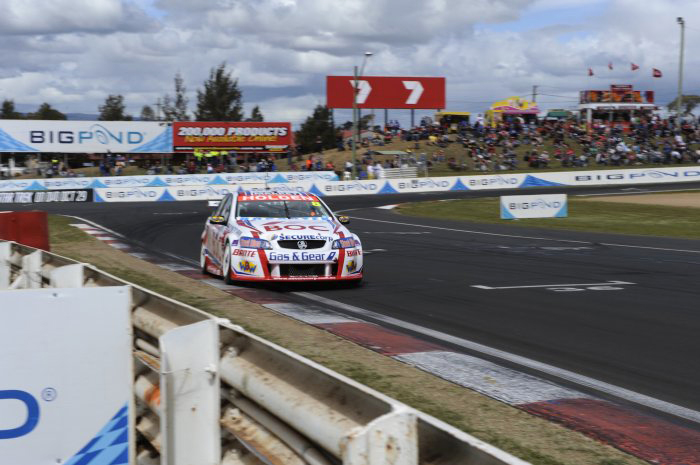 The Brad Jones Racing driver grabbed a Bathurst podium with Cameron McConville and took his only career pole at Hidden Valley, shading Whincup by 0.0515 seconds.

McConville stepped back from full-time driving at the end of 2009, while team owner Jones stopped altogether after Bathurst.

The year was the last before a rule change split primary drivers for the endurance races, which put a premium on proven co-drivers such as McConville.

Dean Fiore was another 2009 rookie, and enlisted an unusual partner for the Phillip Island 500 and Bathurst 1000 – Troy Bayliss.

They did not start at Phillip Island due to an alternator failure, and Bayliss then crashed the Commodore out of contention at Bathurst.

Bayliss also sampled a Triple Eight Falcon and Kelly Racing Commodore during the year, but was not sighted in a Supercar again.

Those paying close attention on Supercars race weekends may have spotted Nick Percat, Scott Pye, Chaz Mostert and Richie Stanaway on their way to first, third, fourth and sixth in the Australian Formula Ford Championship.

Now the 2018 Supercars champion, Scott McLaughlin was in his final year of karting before entering the Super2 Series. 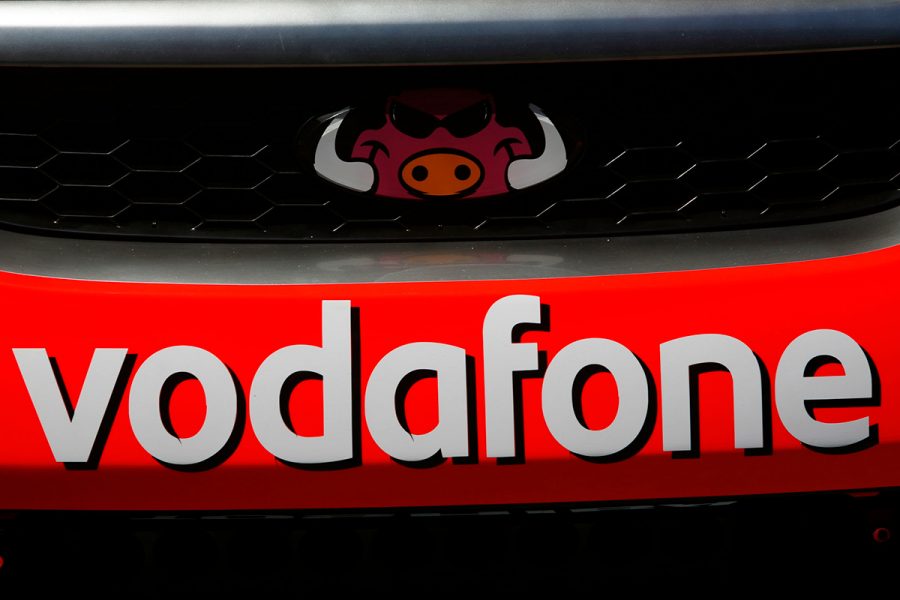 A total of 18 Holden Commodores and 12 Ford Falcons formed a 30-car field when the 2009 season got underway in Adelaide.

One of those Fords, Marcus Marshall's Team IntaRacing disappeared mid-year when promised sponsorship money did not eventuate, forcing it to close its doors.

Ford introduced its FG Falcon, which went on to take the title in Whincup's hands.

However Whincup's chariot did not carry the traditional Blue Oval badge on its grille.

Protesting Ford's distribution of funding, which did not include his team's 'red' Falcons, Roland Dane sold the prime space to sponsor Hog's Breath Cafe, whose hog adorned the space instead.

In July, Dane announced the 2009 season would be his team's last before defecting to Holden with star drivers Lowndes and Whincup, inciting Ford fans. 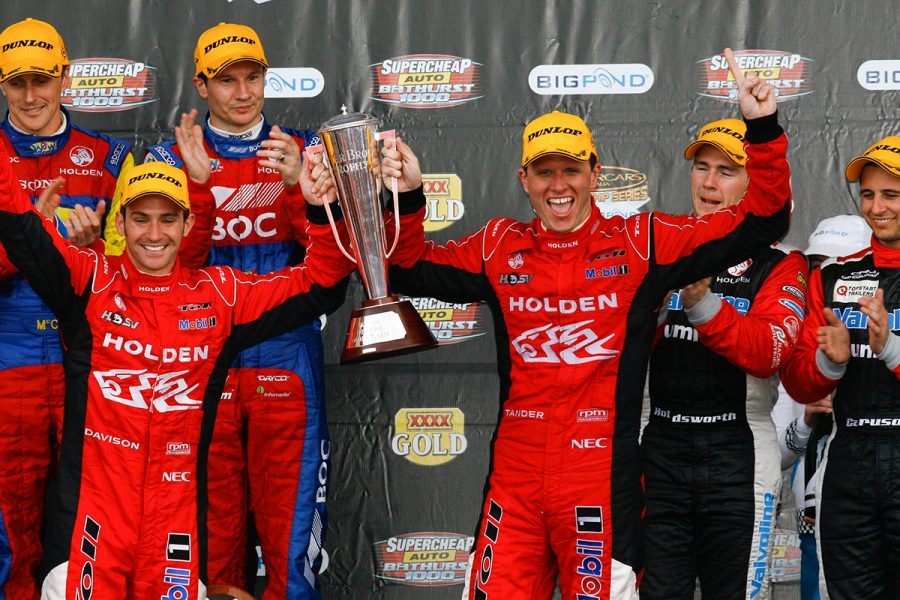 Including 11 for Whincup and four for Lowndes, Falcons won 19 of the year's 28 races but Holden's haul featured the Phillip Island and Bathurst enduros through Tander and Davison.

HRT won the teams' championship by 77 points, one of only two defeats for Triple Eight in that since 2008.

Todd and Rick arrived from Perkins Engineering and Walkinshaw Racing respectively and were joined in Commodores by Jack Perkins and Dale Wood/Mark McNally. 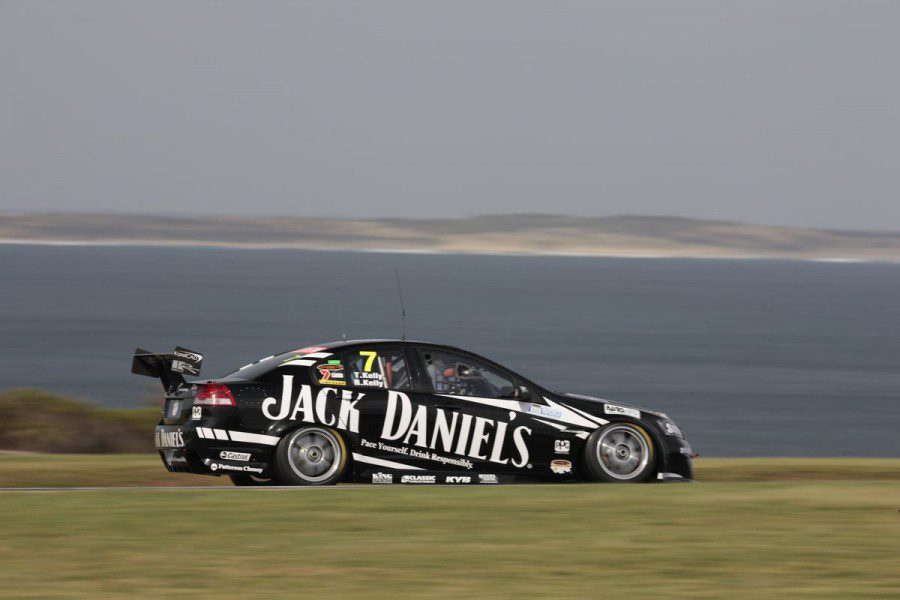 Kelly Racing became Nissan Motorsport in 2013 but the name returns to the grid this year after the Japanese manufacturer's exit, running four Nissan Altimas. 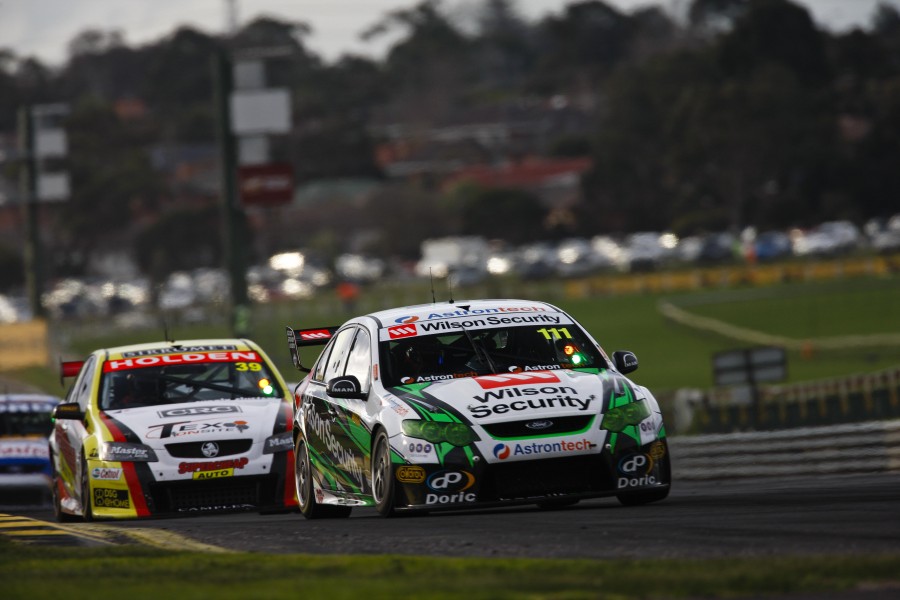 Tasman fielded Murphy and Jason Bargwanna and dated back to the 2004 season, but effectively continued in the Dunlop Super2 Series as Greg Murphy Racing until 2012.

Greg Murphy Racing was actually one of three Super2 teams to enter Phillip Island and Bathurst as wildcards, along with MW Motorsport and Sieders Racing.

PCR ran Coulthard and Michael Patrizi in ex-Triple Eight Falcons in its fourth and final season. 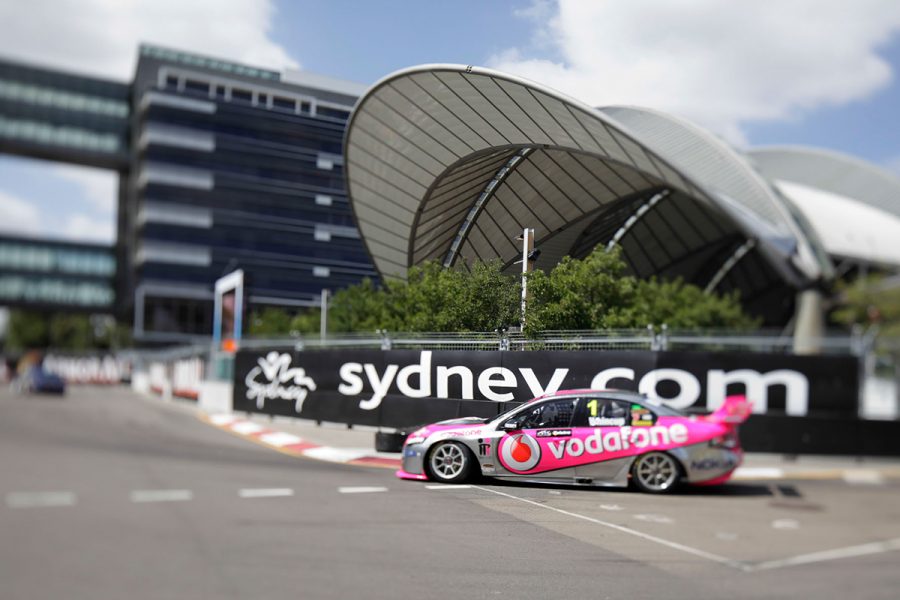 Of the 13 venues Supercars visited in 2009, 11 still feature on the calendar and many in roughly the same dates.

Phillip Island actually hosted two events, its second in November added at relatively late notice following the collapse of the trip to Bahrain.

Street circuits were the other big changes.

Teams and drivers headed to Phillip Island in November following the beefed-up weekend of competition on the Gold Coast.

That was after the A1 Grand Prix single-seater series entered troubled waters, having been set to replace Indycar. 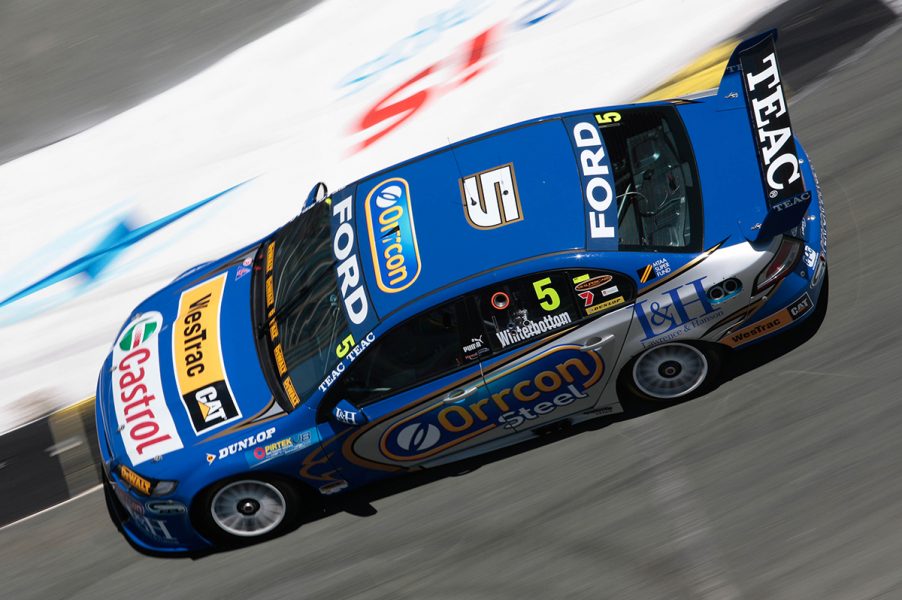 With no signs of life from A1GP – other races and then the full season were cancelled before long – Supercars took centre stage just days out from the event.

In the last year of the full Surfers circuit, drivers tackled four, 150km races (albeit essentially grouped to form a pair of 300km races), Winterbottom top scoring the weekend.

Townsville made its debut in July, where it remains on the calendar today. 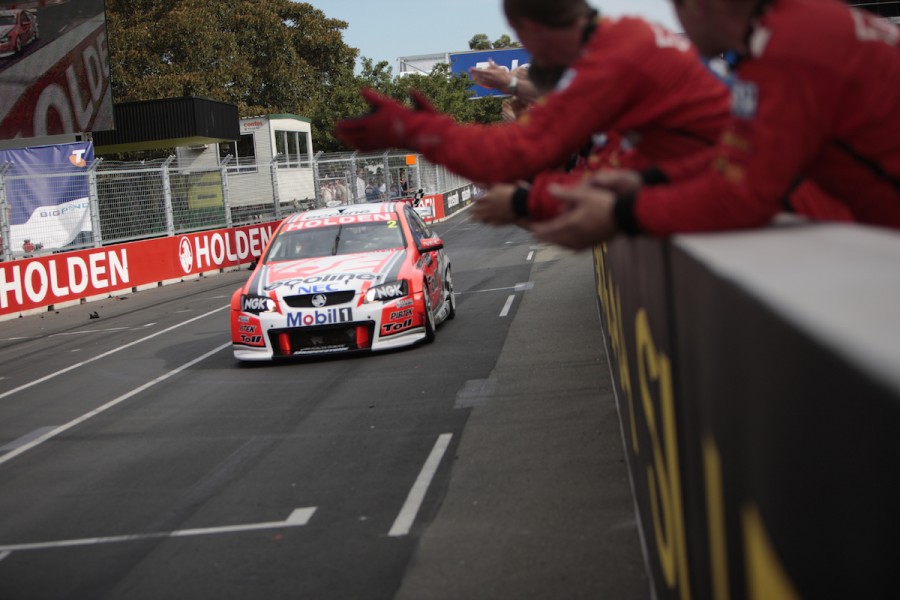 The other addition was a second street circuit, around Homebush, the scene of the 2000 Sydney Olympic Games.

A 3.4km layout hosted the season finale until 2016, with Newcastle then replacing it on the schedule.

Another Sydney venue, Oran Park held the 2008 title decider as its Supercars swansong before closing to become a housing development in January '10.

Eastern Creek, meanwhile, fell off the calendar in 2009 and did not return until '12, by which time it was known as Sydney Motorsport Park.