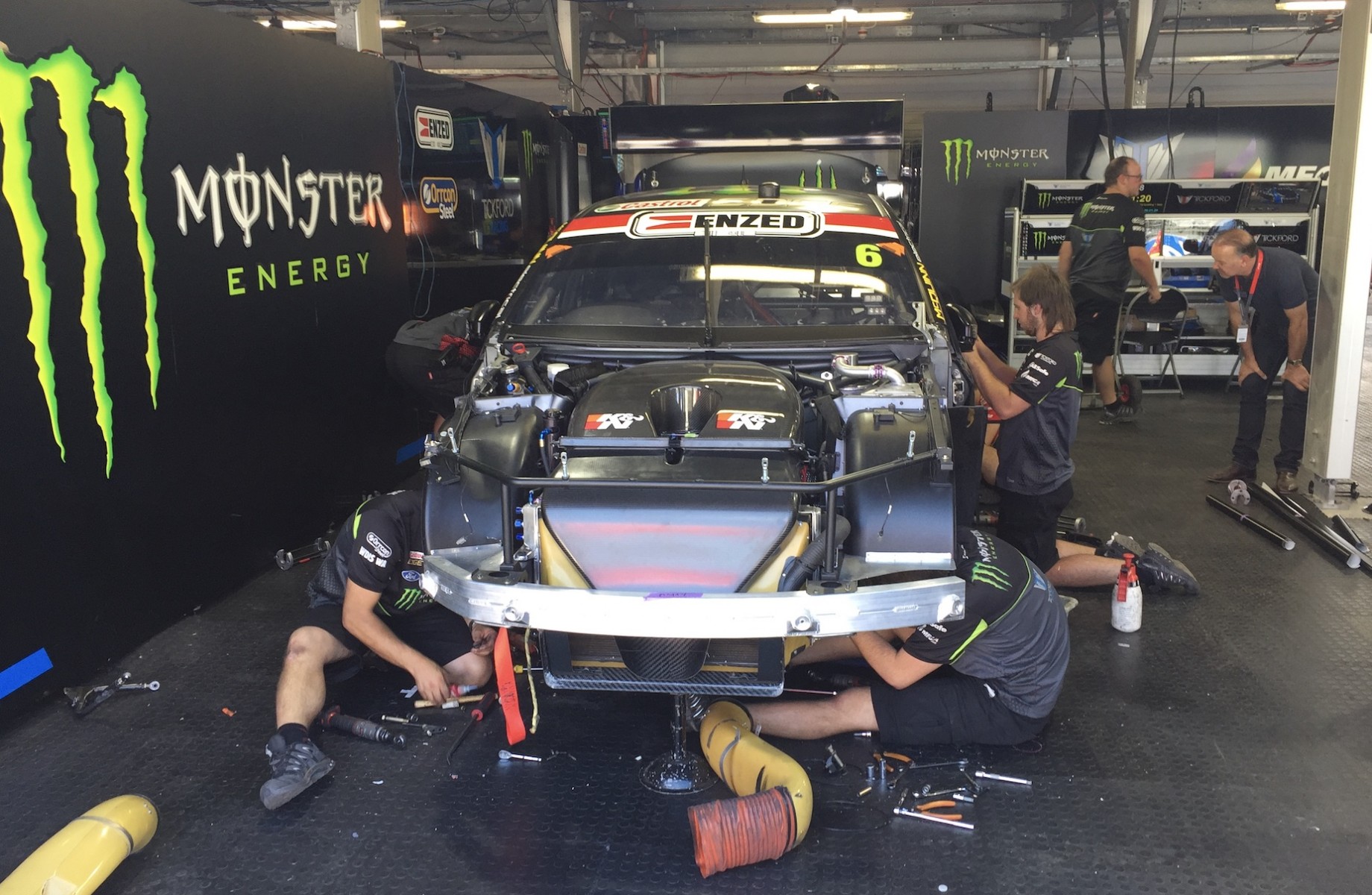 Cameron Waters’ Monster Ford has been deemed unlikely to make today’s ARMOR ALL Qualifying at the Adelaide 500 after a massive Turn 8 hit in Practice 2.

The damage, estimated by Tickford boss Tim Edwards at $100,000 worth, was spread across all four corners of the car.

In just the second competitive session for the brand-new chassis, Waters ran wide at the high-speed sweeper, clouting the outside barrier.

With broken steering, he was then fired into the right-side wall, which did most of the damage.

Edwards told Supercars.com that the car will be fixed at the circuit, but will need to go back on the team’s jig in Melbourne following the weekend.

“It effectively ripped the suspension out of all four corners of the car, plus a host of other chassis-related stuff,” he said.

“The chassis damage is the sort of stuff we’ll just live with for the weekend and when we go home next week we’ll put it back on the jig and cut out the whole front corner.

“But there’s enough scope to adjust out some errors in the geometry of the chassis. It’ll be all pointing in the right direction.

“The boys are working hard to repair it. It’ll be fine for tomorrow, but qualifying is highly unlikely."

Waters’ right-side hit did not occur until the car was almost at Turn 9.

While the car still had brakes after the first impact, Edwards said the steering damage made its trajectory difficult for Waters to predict.

“He knew the steering was broken on the left-hand side, so he didn’t want to jump on the brake pedal,” he said.

“With no control over the left-front, jumping on the brakes could have fired him in the wrong direction as well.

“It’s difficult when you break the steering like that to know what to do. We’ve seen many cars do that before.”

Waters was visibly upset with himself in the car following the accident and later said he was gutted to have left his team with so much work.

“It’s obviously pretty gutting to find the fence at Turn 8 in practice and give the guys a heap of work,” Waters said.

“I didn’t really do much different going in, it just got a bit loose on the entry and it’s just gone in the marbles and stuck me in the fence.

“The hit wasn’t actually that hard but it broke the steering and then I was a passenger. It was the second hit that did all the damage.”

The crash was a major blow in an otherwise encouraging session for Tickford that ended with Chaz Mostert fifth and Mark Winterbottom seventh on the timesheet.

Rookie Richie Stanaway was down in 25th after failing to make the most of his new tyres late in the session.