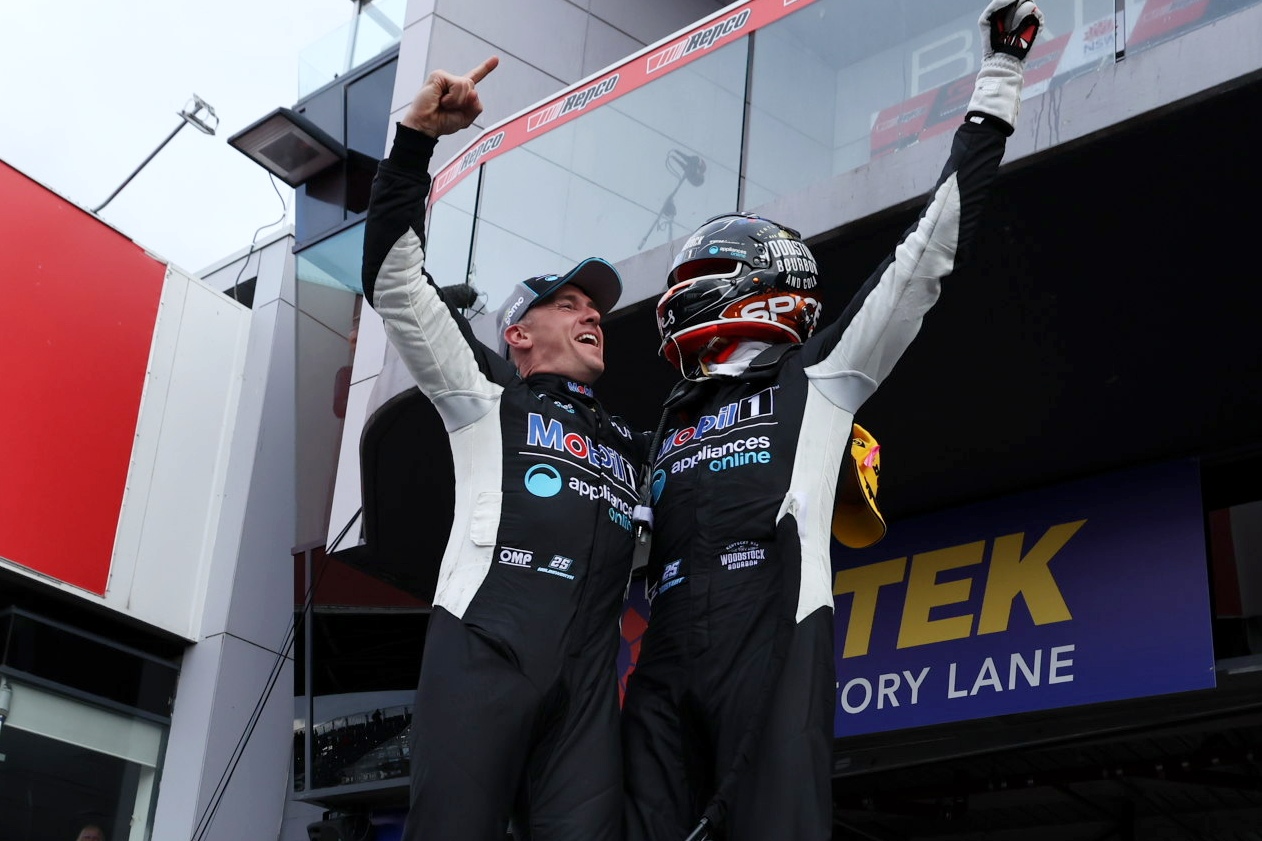 The Repco Bathurst 1000 has been run and won, it was Walkinshaw Andretti United which took home the spoils.

A van Gisbergen puncture opened the door to Cameron Waters and Brodie Kostecki, who rounded out the podium.

Supercars.com lists the 10 key statistics from the 12th and final round of the season.

10) Years since WAU stood on the Bathurst top step; Garth Tander and Nick Percat won in 2011 for the Holden Racing Team.

2801) Days between Holdsworth's 2014 victory at Winton and his Bathurst win on Sunday.

106) The laps led by the race-winning #25 Mobil 1 Appliances Online Commodore. There were 18 cars on the lead lap.

3) Mostert finished third in the points standings, marking his best ever championship finish. He finished fifth in 2017, 2019 and 2020.

18) Years between David Russell's Bathurst debut and his run to third on Sunday with Brodie Kostecki.

2:03.373) Mostert's record-breaking lap to score pole; it is the new practice/qualifying record.

211) The end margin in points between van Gisbergen and Jamie Whincup in the 2021 Repco Supercars Championship.