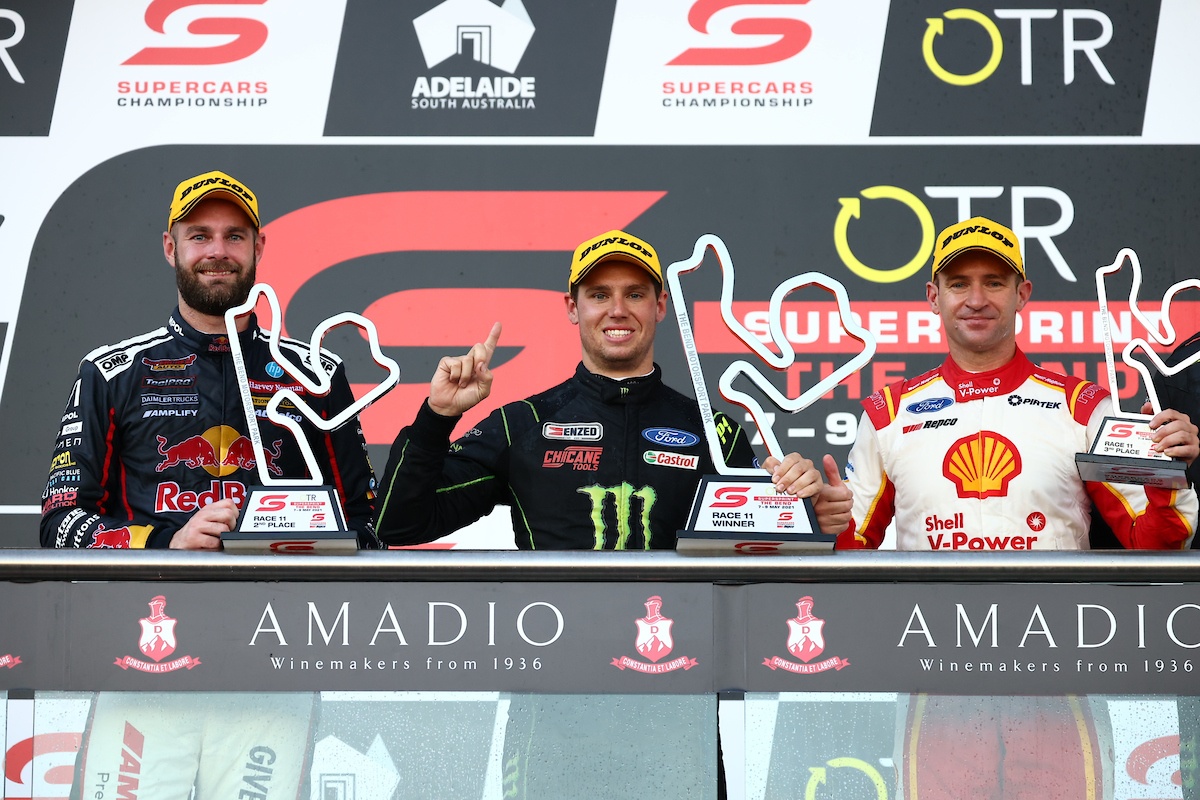 The return to South Australia saw Supercars stage another memorable event at The Bend Motorsport Park.

The OTR SuperSprint of 2021 will go down as an historic weekend punctuated by new winners and championship-changing drama.

At the centre of it all was the Blue Oval, with Ford enjoying one of its strongest weekends in some time.

In the wake of the Tailem Bend weekend, Supercars.com has listed 10 of the most defining statistics from a thrilling weekend of racing at The Bend. 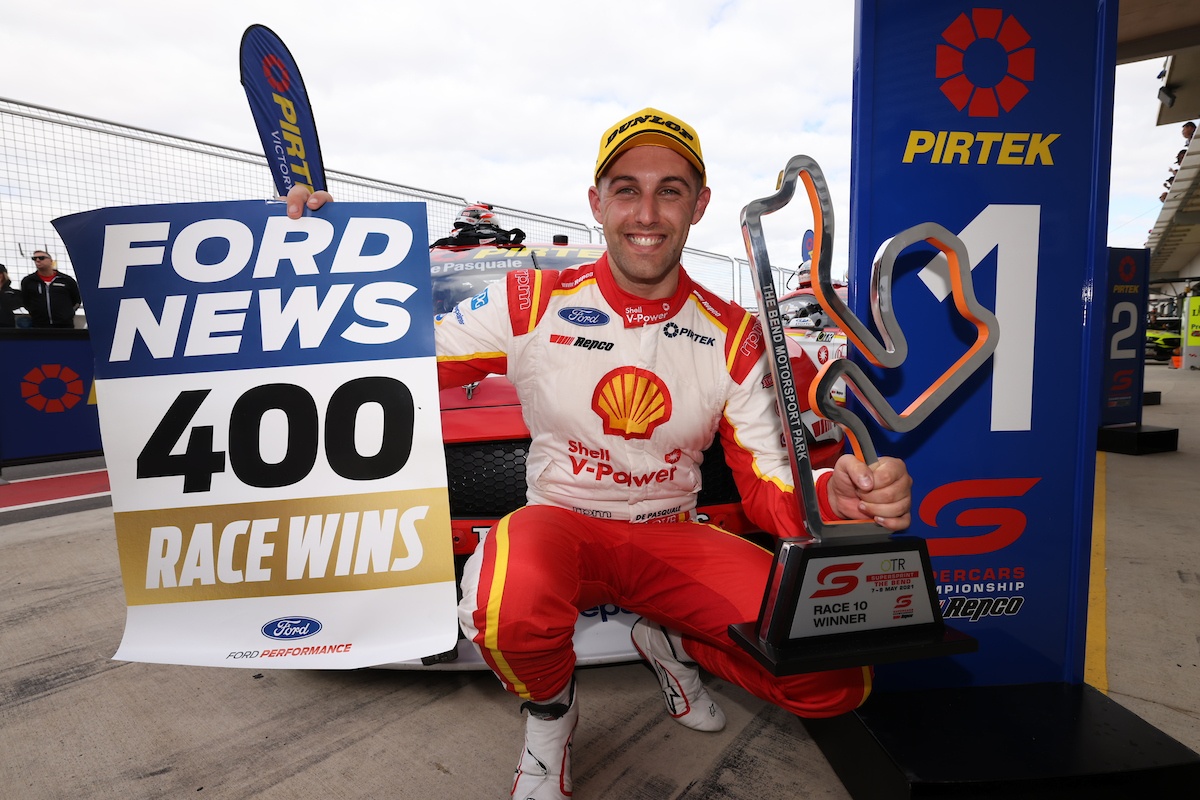 Anton De Pasquale’s Race 10 win was the 400th for Ford in ATCC/Supercars Championship history, 57 years after the Blue Oval’s first. 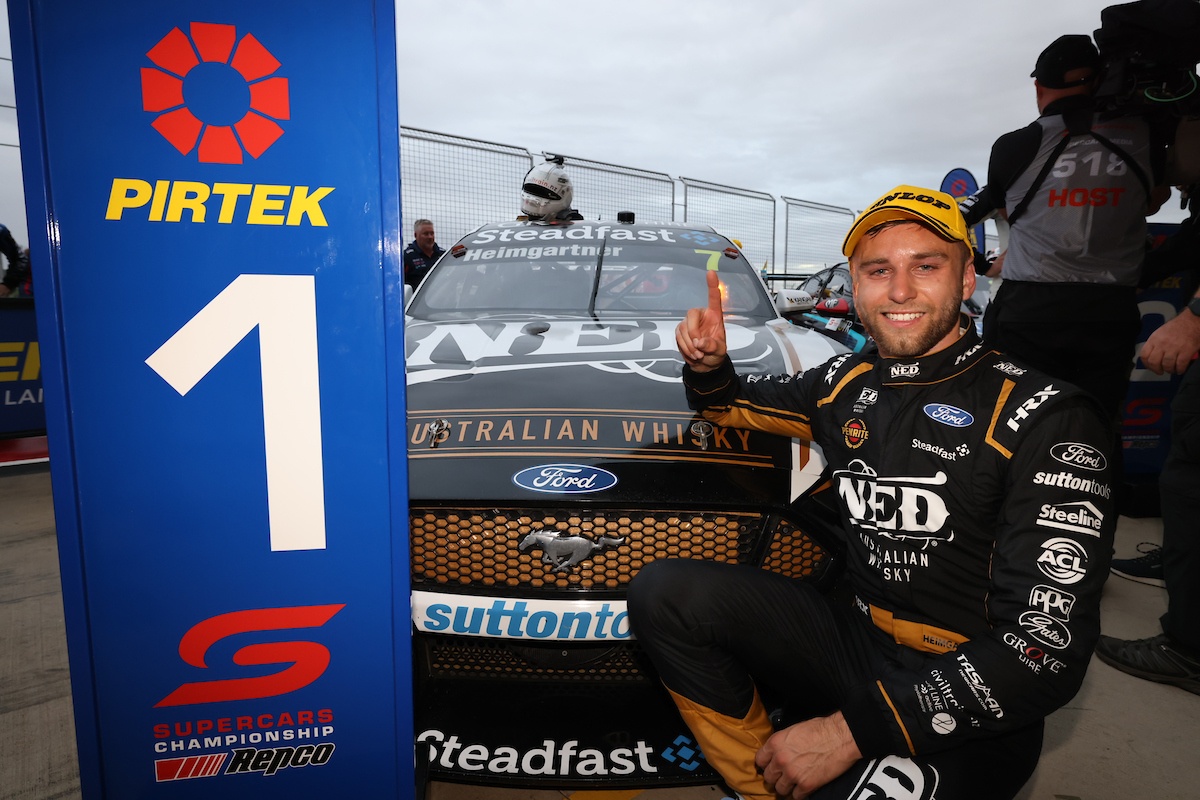 Heimgartner’s win came in the Kelly Grove Racing driver’s 161st race start. He made his debut for Super Black Racing on the mountain as a teenager in 2014.

Cameron Waters won his third career race in the weekend finale, and his second at The Bend Motorsport Park, having won on the West Circuit last September.

Andre Heimgartner’s Race 9 win on Saturday was the first win by a Ford driver since Waters’ Race 30 win last year. 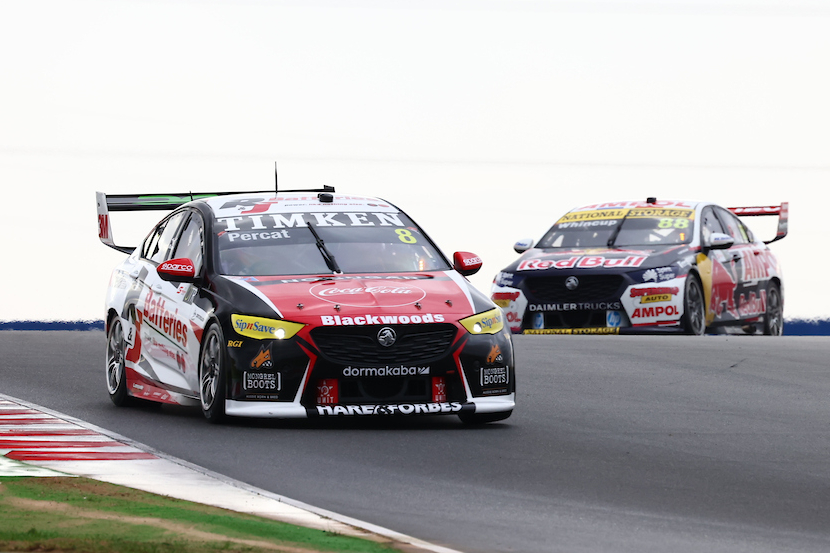 Heimgartner was the headline on Saturday, but Nick Percat’s stunning performance, with the Brad Jones Racing driver vaulting from 26th and last to fifth, deserved more praise. 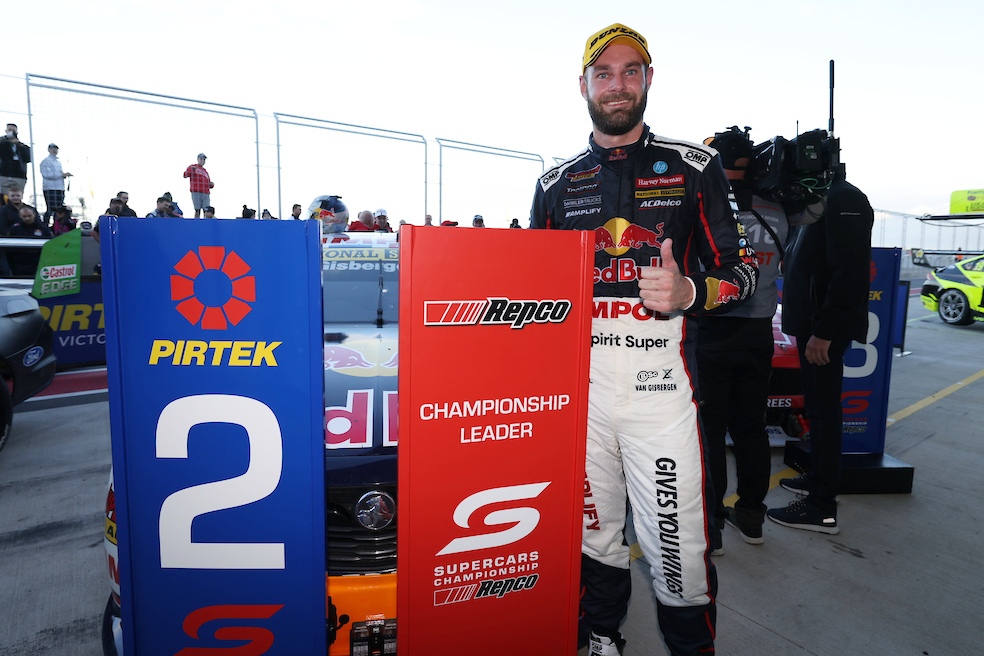 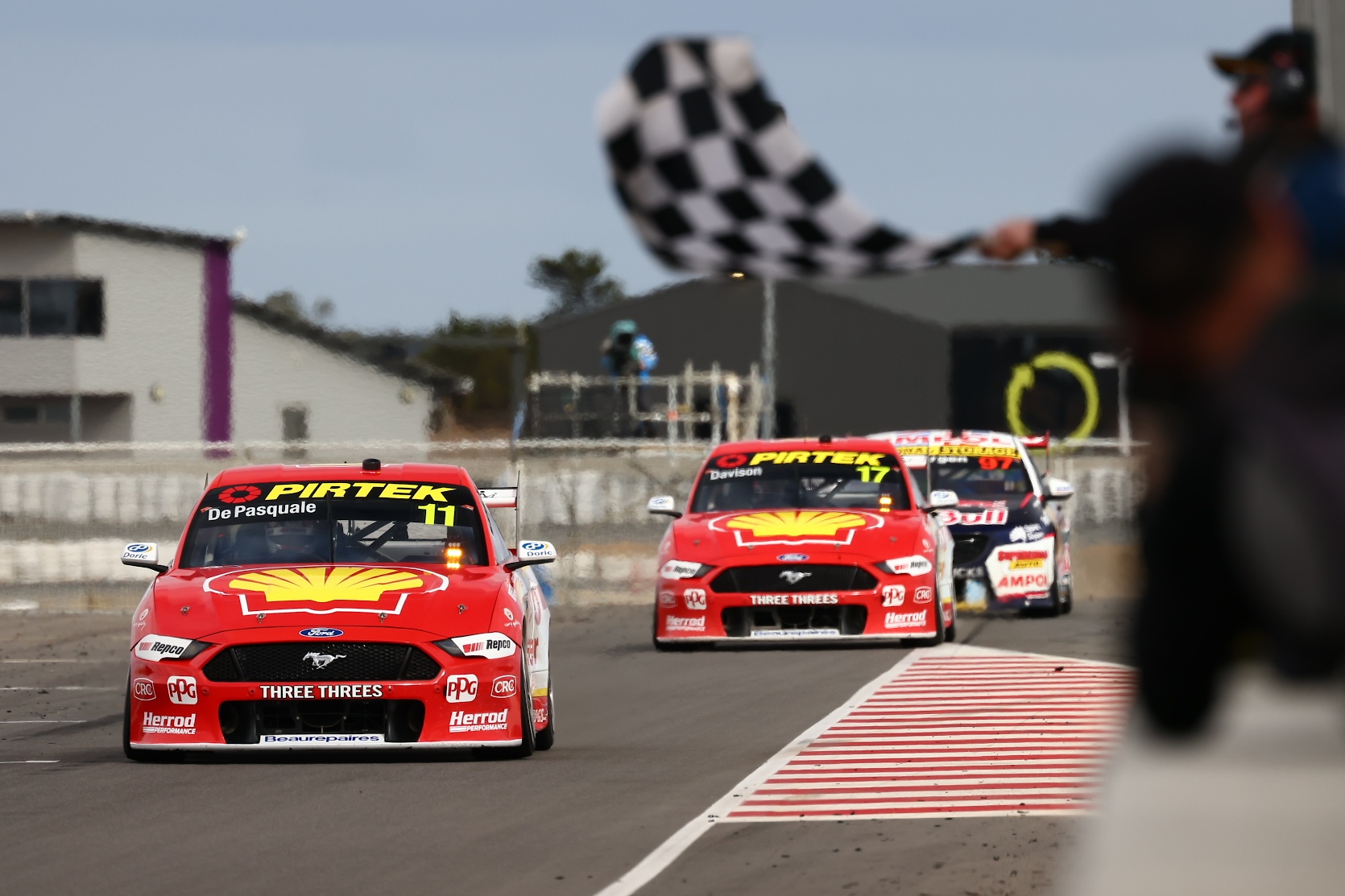 5) Davison racks them up 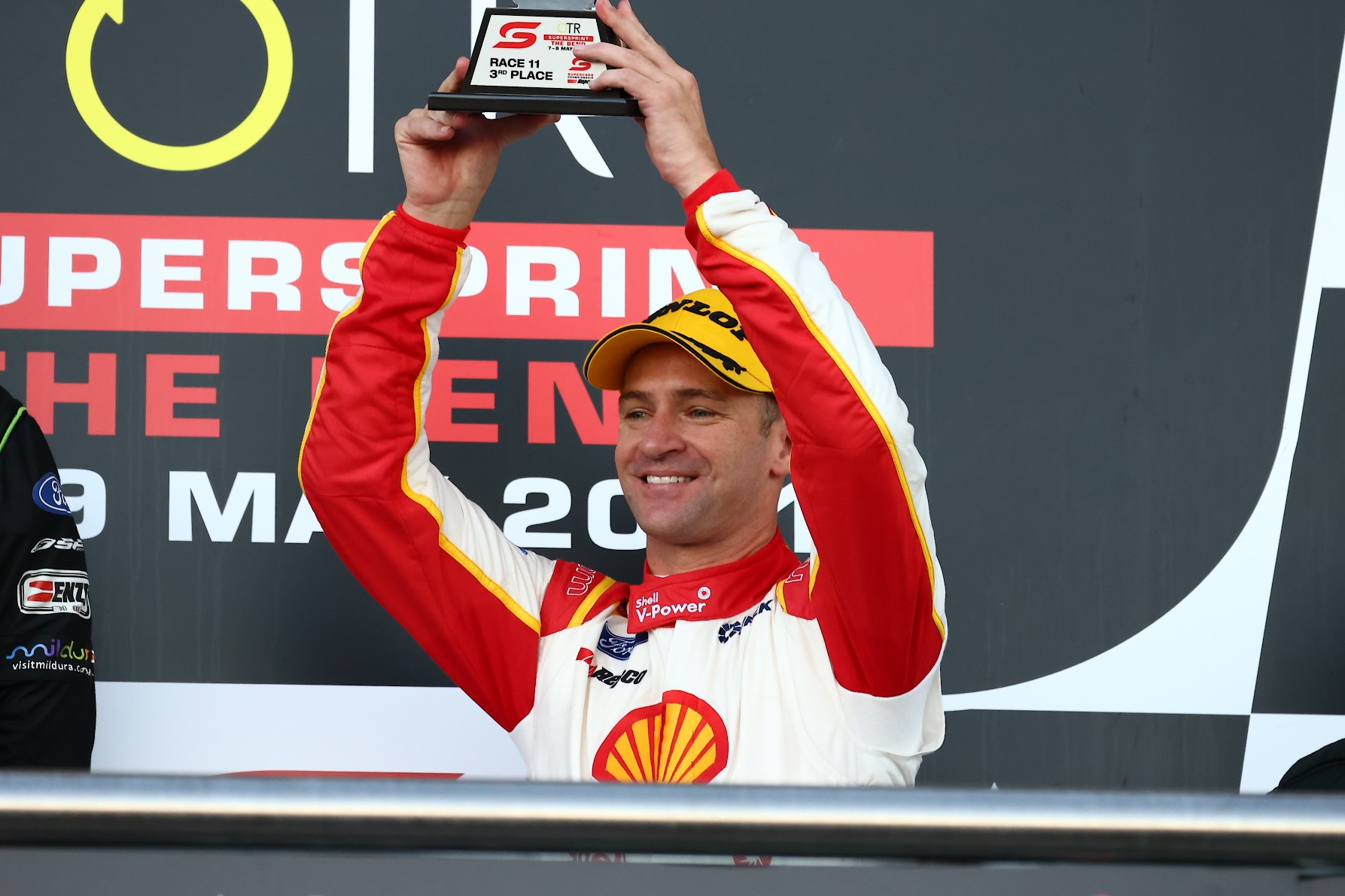 De Pasquale’s teammate Will Davison scored his fourth and fifth podiums of his 2021 campaign on Sunday, moving the two-time Bathurst winner into fourth overall. 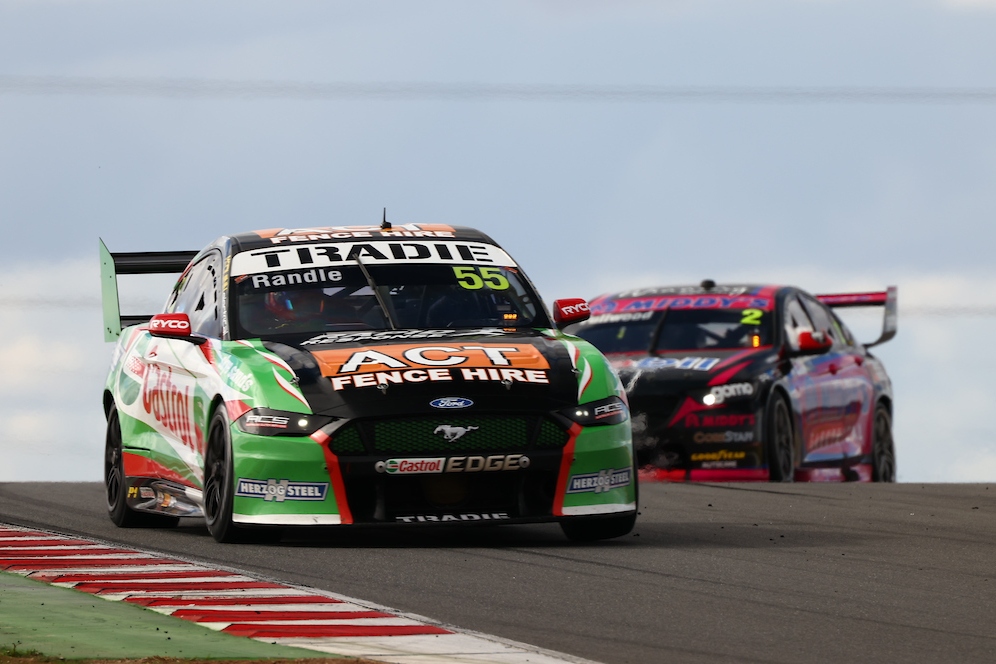 Thomas Randle avoided the first-lap carnage to score a brilliant eighth in Race 10, having started 14th. 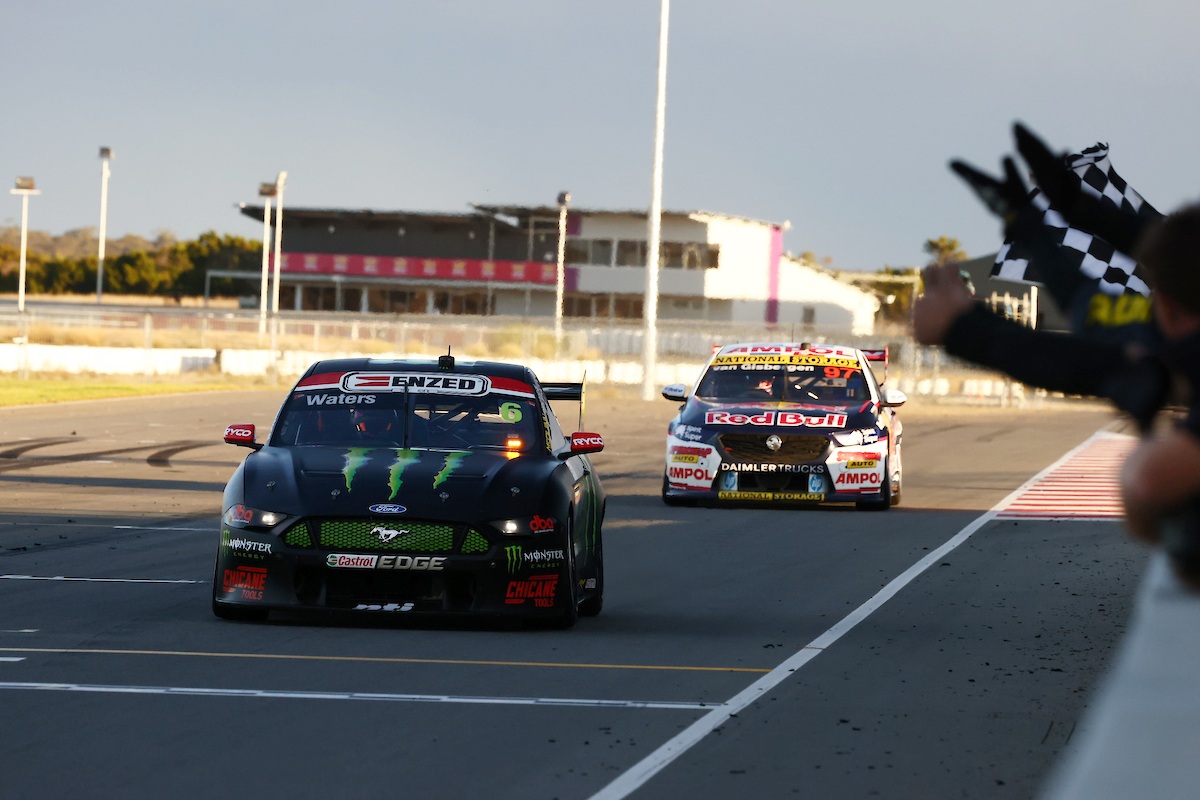 For the first time in championship history, three different Ford drivers shared the three wins on the one weekend; Heimgartner, De Pasquale and Waters.