Chaz Mostert says he took plenty of positives from last year’s Liqui-Moly Bathurst 12 Hour, despite ultimately crashing out of the GT event.

The Tickford Racing Supercars star took the Allan Simonsen Pole Position Trophy for the 2018 race, and set a cracking pace at the front through the first stint.

His BMW started to lose straightline speed during the afternoon, but remained in contention until Mostert tangled with a Bentley at Forrest's Elbow while they navigated lapped traffic.

Fifth at the time, with two-and-a-half hours remaining, the multi-car incident ended Mostert's race, as well as earning him a $2,000 fine and scathing criticism from rivals.

Mostert tackles this weekend's GT enduro with Augusto Farfus and Martin Tomczyk after making his debut in the Daytona 24 Hour last weekend.

Asked whether he'd thought much about that 2018 race, Mostert told Supercars.com: "Racing's racing.

"It throws curveballs at you all the time. At the end of the day, you look at the positives of the weekend, it was fantastic to get the Allan Simonsen Pole Award.

"It's means a lot from watching, when I was a bit younger, someone like Allan do fantastic things in GT cars. For me to get that was really special.

"Racing's racing, some days it goes your way and sometimes it doesn't.

"For me, it's fantastic to be on the grid again for the Bathurst 12 Hour. It's just amazing to be able to do racing in GTs overseas and at home." 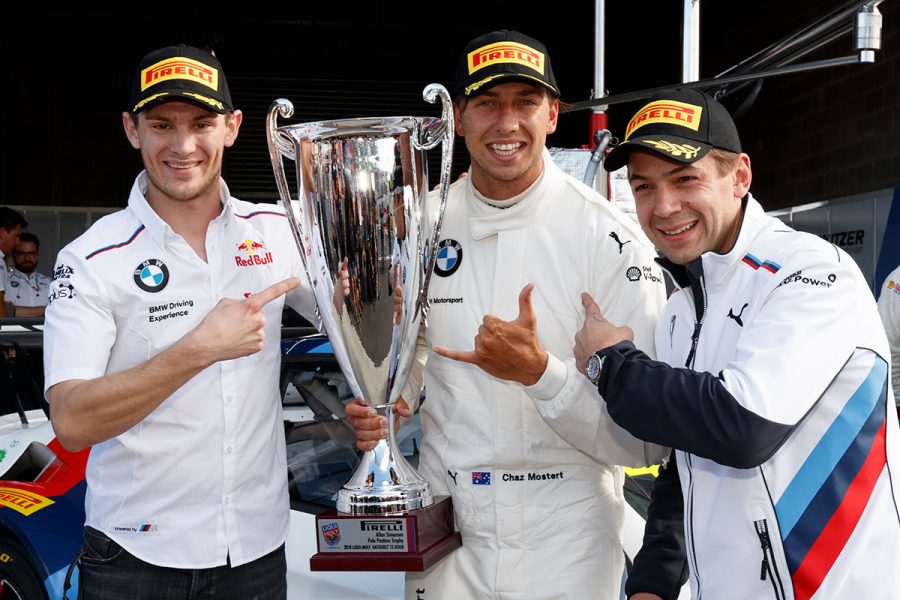 Mostert contested the 12 Hour with Marco Wittmann, left, and Farfus, right, in 2018

The #42 M6 GT3 run by Schnitzer Motorsport is one of two outright BMWs in the race, with the winner of the 2018 Spa 24 Hours Walkenhorst Motorsport running the other.

Schnitzer's famed team boss, Charly Lamm retired from his post at the end of 2018, but died suddenly last week aged 63.

Farfus was teamed with Mostert at Mount Panorama in 2018, while '11 DTM champion Tomczyk is making his Bathurst debut.

"Last year we were really fast and the car was awesome through qualifying, but we struggled a little bit in the race," said Mostert.

"Hopefully we can turn that around this year, even if we're not that fast in qualifying it'd be awesome to try to get a Bathurst 12 Hour win.

"The credentials of the guys there and the team is second-to-none. Farfus is a jet anywhere.

"He's a very unique guy as well, super-quick, pretty much can drive any car he puts his bum into, whether the balance is there or not he gets the most out of it.

"I learnt a lot off him last year at the Bathurst 12 Hour.

"I'm looking forward to racing with Martin for the first time, I've heard plenty about him, and seen he's super-fast as well.

"The line-up is fantastic, I just hope they don't put too much faith in the Aussie guy! We'll go and have some fun and see how we go.

"Last year's event was awesome, looking forward to pairing up with these two awesome guys and obviously an awesome team with Team Schnitzer as well and having a red-hot crack."