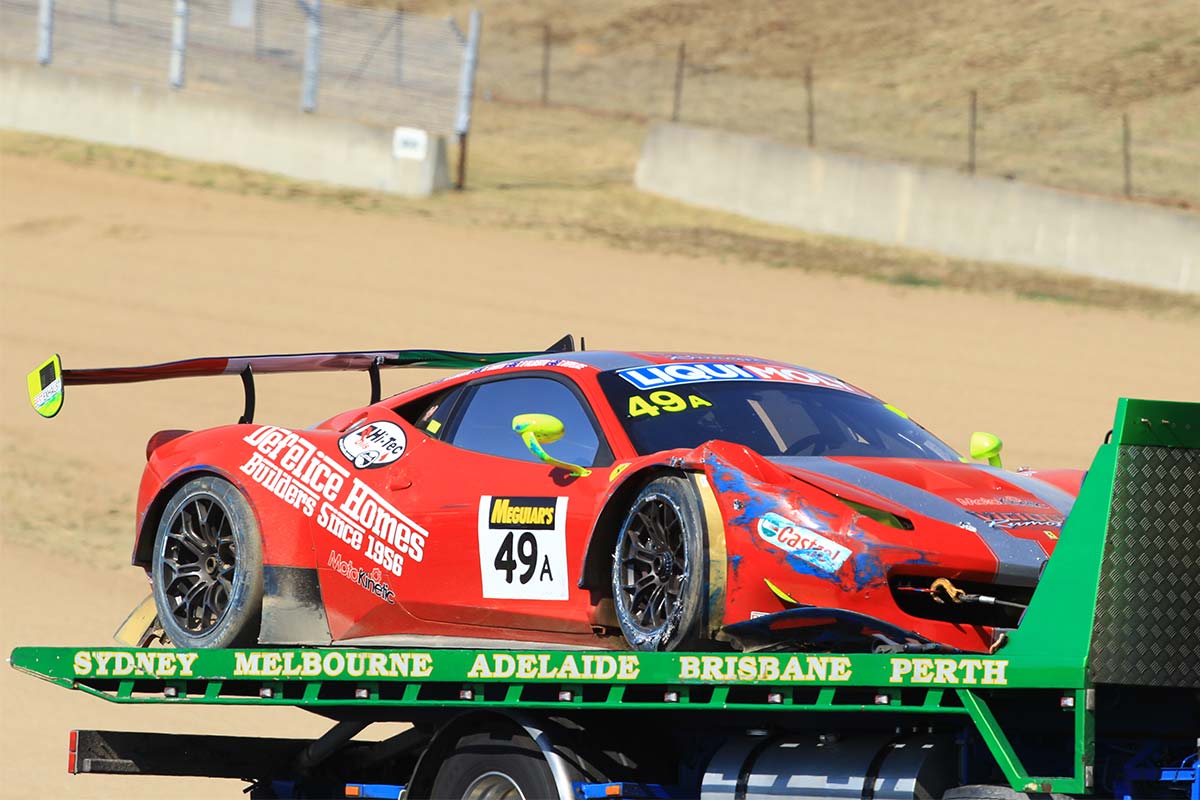 The Liqui-Moly Bathurst 12 Hour is a gruelling event, but the lead-up can be just as risky for drivers and teams.

In fact, every race since 2011 has seen one or more cars fail to make it to race day, mostly through crashes in practice or qualifying.

In putting together the new book 'Bathurst: Going Global – 10 Years of Australia's International Enduro 2011-2020' (available for pre-order here), we've dug out a photo of every car that has attempted the race – including all those that, for one reason or another, didn't make it to the start line on Sunday morning.

Here's a rundown on some of the big-name Bathurst 12 Hour bids that were over before they began. 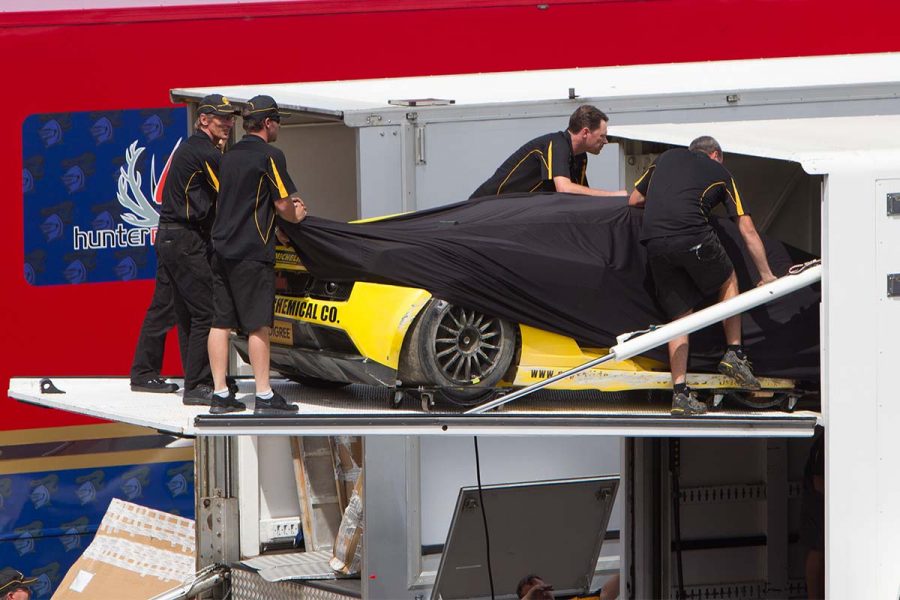 The car, also piloted by car owner Ted Huglin and Luke Searle, sat fourth on combined times after practice, but a crash at Hell Corner during qualifying with Huglin at the wheel left the car too damaged to take part.

Four Ferrari 458 GT3 machines were poised to tackle the 2014 event; only one of them made it to the finish (albeit as the winner!), while two didn't even make it to the start line.

Those two cars were involved in a tangle during the first all-in practice session of the weekend.

The #77 AF Corse entry with Steve Wyatt at the wheel arrived at McPhillamy Park with Dean Fiore's Audi and Tony DeFelice's brand new #49 Vicious Rumour Racing Ferrari 458 to his outside.

The subsequent tangle sent DeFelice's brand new car into the fence, sustaining damage severe enough to put it out for the weekend.

In a twist of fate, the #77 Ferrari also failed to make it to race day, Wyatt crashing at the Cutting during Qualifying 2. 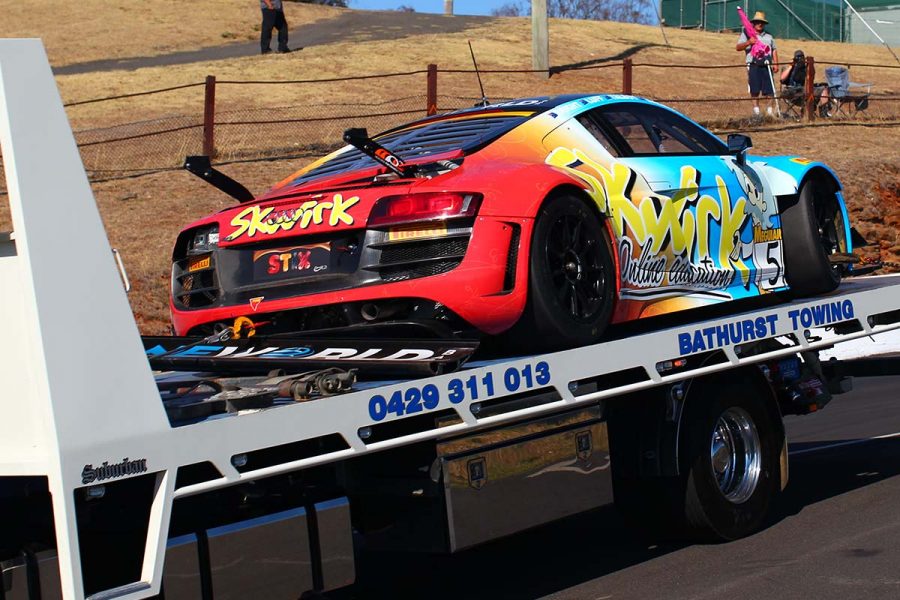 In between, Bathurst 1000 winner Jason Bright had a major crash at Reid Park during Qualifying 1, briefly knocking himself out and forcing the withdrawal of the #5 Audi R8 he was due to share with Warren Luff, Rod Salmon and Liam Talbot.

While no team has been able to back up a victory in the GT3 era of the race, the 2014 race was the first of two where the reigning champions were knocked out before race day.

Tony D'Alberto was lucky to escape a major crash in the #88 Maranello Motorsport's Ferrari 458 in the opening practice session after a tangle with another car at Forrest's Elbow.

A deal to use a spare AF Corse Ferrari failed to come off, leaving D'Alberto, Mika Salo and Ben Collins (yes, The Stig) sidelined. 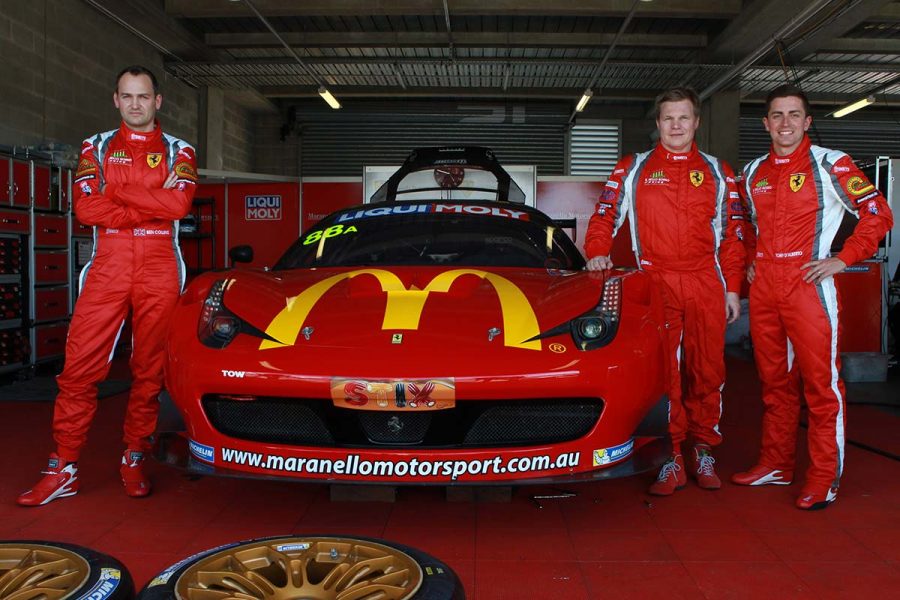 Ironically, the car that went on to win the race – the #35 Nissan GT-R NISMO of Katsumasa Chiyo, Wolfgang Reip and Florian Strauss – only did so after an overnight rebuild, following a heavy crash for Chiyo in qualifying.

After their sole McLaren won the race in 2016, TEKNO Autosports expanded to two cars for the 2017 race – and luckily so, as only one car made the start on Sunday morning.

Their #59 entry had what looked like an innocuous crash on the exit of The Chase late in Qualifying 1 with Ben Barnicoat at the wheel, but the impact damaged the rear subframe badly enough that a replacement was needed – except it was at their Gold Coast base. 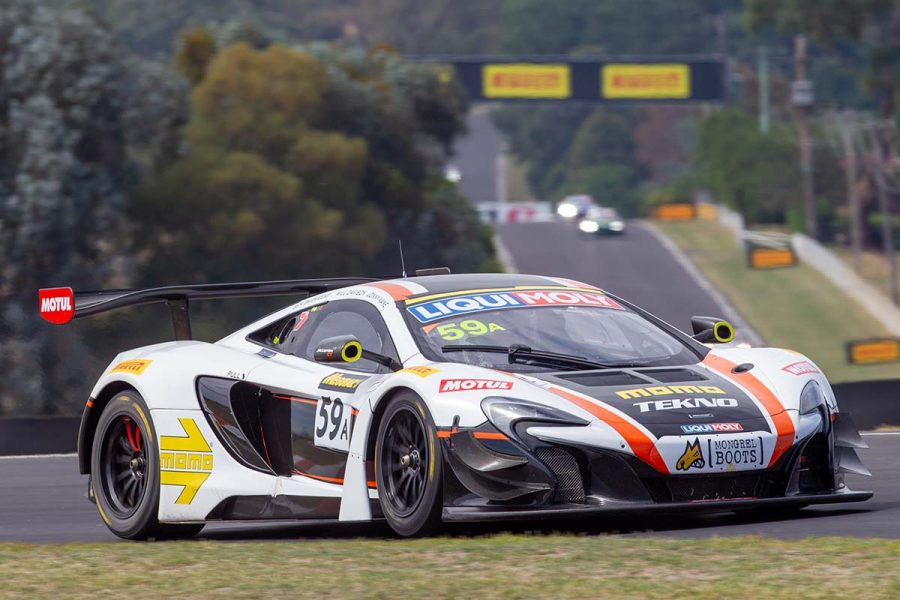 After investigating multiple transport options – including chartering a helicopter and a cargo plane (the hold turned out to be too small), the car was eventually withdrawn, leaving Barnicoat, Jonny Kane and reigning Bathurst 1000 winner Will Davison out of a drive.

They weren't alone: the #59 car was one of four that suffered weekend-ending damage in practice or qualifying crashes.

22/01/2020
Stay In The Know
Sign up to the Virgin Australia Supercars Championship Newsletter
This website uses cookies to improve your user experience. By continuing, you will be providing your consent to our use of cookies.Ok