Garth Tander says the early accident that took his Audi out of contention at the Bathurst 12 Hour was a misunderstanding with lapped driver Christina Nielsen.

The #22 Valvoline Audi Tander shared with Kelvin van der Linde and Frederic Vervisch started fifth and was among the favourites for the race.

Tander was running third four-and-a-half hours in when he came across Nielsen, who’d just come out of the pits in the #19 Mercedes.

While the #62 Aston Martin that Tander was following cleared Nielsen at the exit of Griffins’ Bend, Tander made heavy contact with the back of the Mercedes at The Cutting.

The resultant damage cost the #22 entry six laps, one of which was won back before Vervisch crashed out for good at McPhillamy Park in the eighth hour. 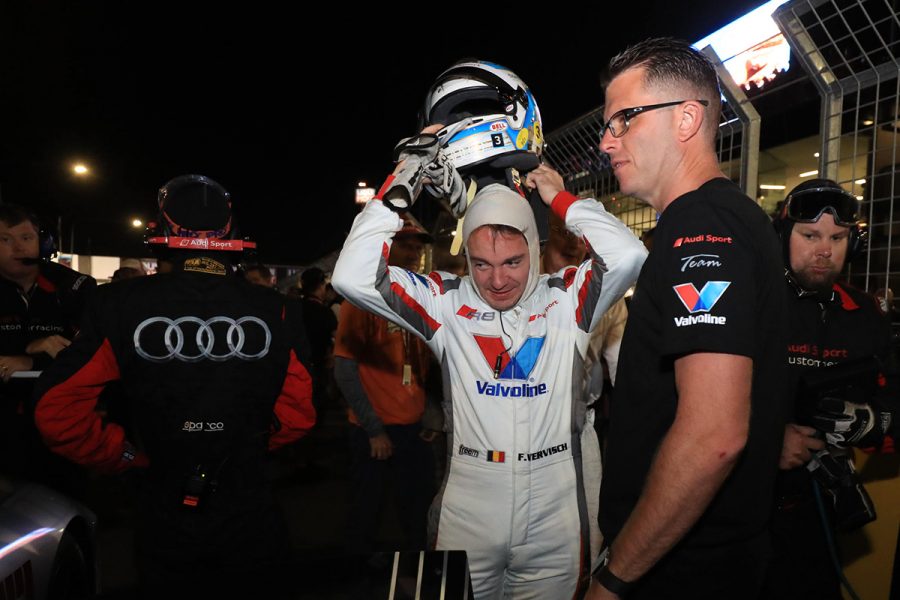 “I think it was just a misunderstanding,” Tander later reflected to Supercars.com of his incident.

“In reality Christina was looking to stay tight and let me go around the outside, but she was sort of offline at the kink, so I thought she was opening up the inside line.

“When she jammed the brakes on I had nowhere to go. I went straight into the back of her and it did a lot of damage to the car.

“It’s frustrating, but it’s part of this race, managing the traffic, but it didn’t work for us this time.”

With a scheduled pitstop upcoming, Tander did not pit immediately after his incident, continuing for two laps while the team and driver assessed the damage. 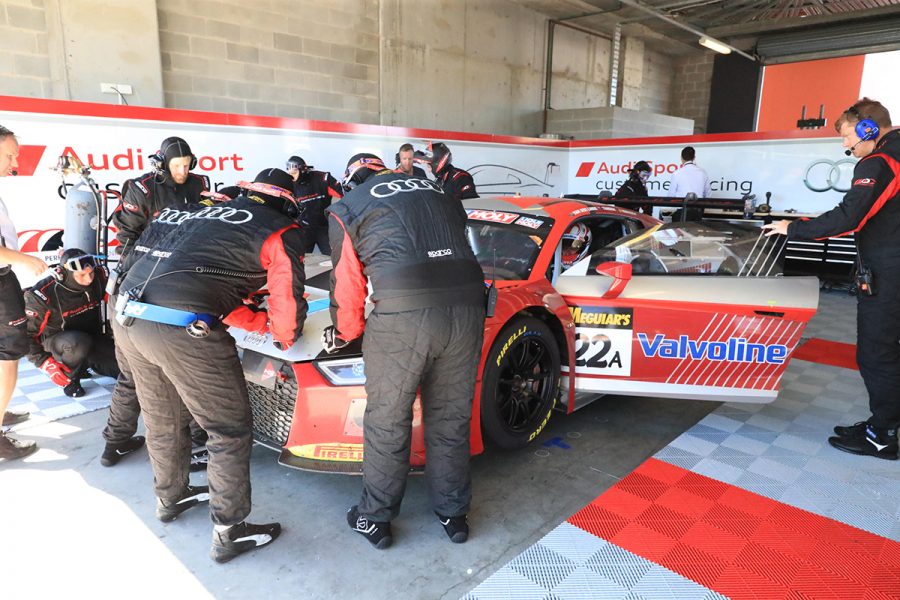 “We had a lot of understeer,” explained Tander.

“The front splitter was damaged, but then the bonnet was starting the come up as I was going down Conrod, so I boxed straight away because I didn’t need that flying off.

“When the boys had pretty much fixed the damage, I was sitting there and the dash and everything just went out.

“I think what’s happened is when the bonnet came up, it cut the wiring loom, so we had to wheel the car back into the garage and fix the wiring loom.

“Without that I think we could have got away with only losing three laps, and after we got going the car was perfect and we’d already got one lap back [when Vervisch crashed].

“So from three laps back, you can probably get yourself back in the game, but it was what it was.”

Garth Tander  ›
Stay In The Know
Sign up to the Virgin Australia Supercars Championship Newsletter
This website uses cookies to improve your user experience. By continuing, you will be providing your consent to our use of cookies.Ok