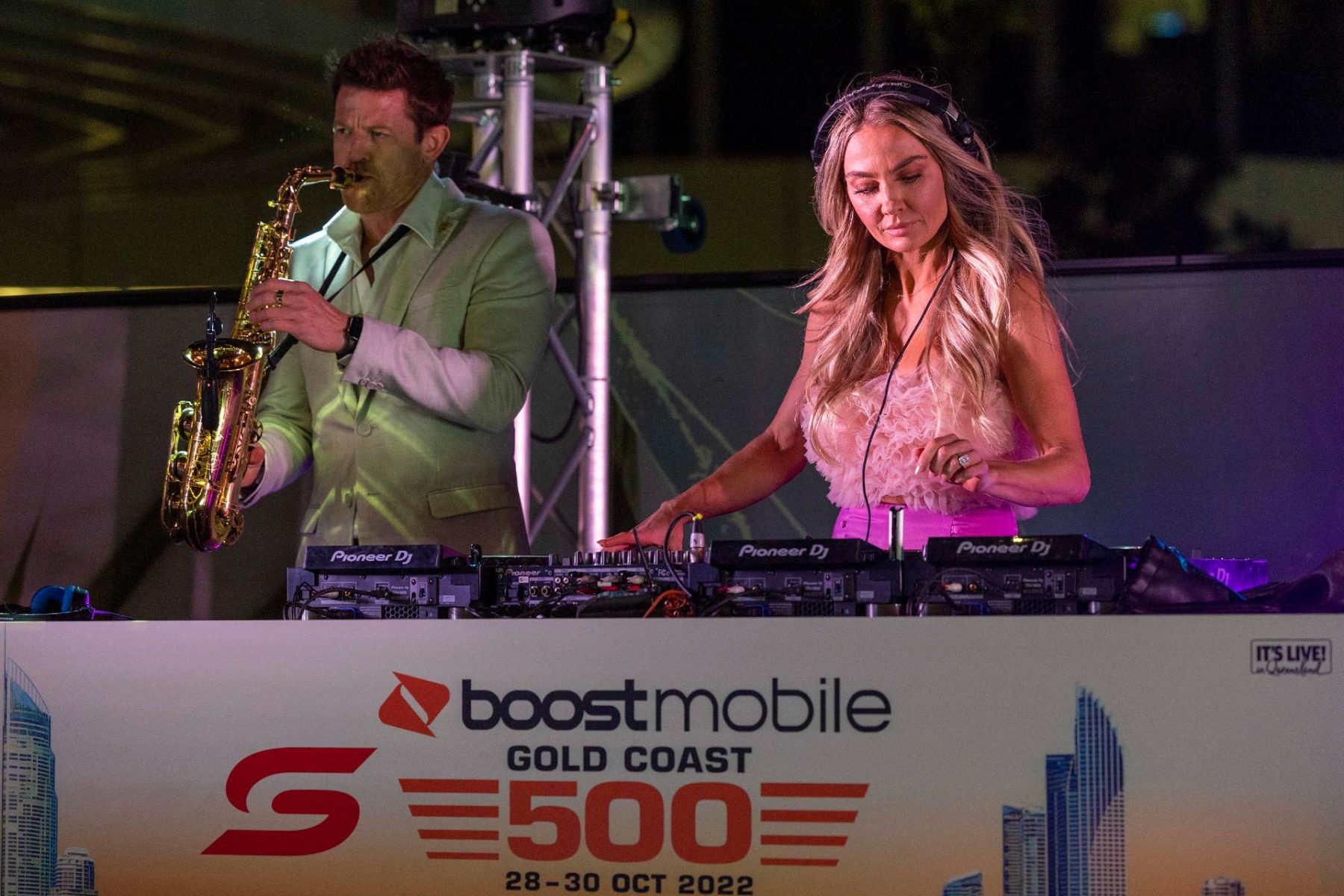 For the first-time ever, after-race entertainment has been added to the lineup for next week’s LIQUI MOLY Bathurst 12 Hour.

The duo, who performed together on the podium at the 2022 Boost Mobile Gold Coast 500, will be on hand to keep the party going for fans on Saturday and Sunday nights following the conclusion of the Shootout and 12 Hour race respectively.

Evers, one of the most popular electro club acts between Australia and Los Angeles, and Ryan Livings, a well-known DJ and Saxophonist, will be bringing their high energy performances to the rooftop, providing a thrilling entertainment experience for race fans.

"These performances will add an exciting new dimension to the already thrilling LIQUI MOLY Bathurst 12 Hour race weekend and we can't wait for fans to experience it,” Event Director Shane Rudzis said.

“This is just one of the many ways we're working to enhance the race-day experience for our fans.

“This duo provided one of the highlights of the Supercars Championship last year and we can’t wait to have them behind the decks on the famous rooftop at Mount Panorama.”

The Bathurst 12 Hour race is one of the most prestigious endurance races in the world and is taking place from 3-5 February in 2023.

As part of a wave of new additions, this year’s event will feature laps by Formula 1 world champions Oracle Red Bull Racing who will also have F1 vehicles accessible to the public in the paddock area.

Some of the greatest endurance drivers from around the globe will also be behind the wheel in the 28-strong field of this year’s event with entries from Australia, New Zealand, Germany, Hong Kong, Belgium and the United States.

The race will again double as the opening round of the Intercontinental GT Challenge powered by Pirelli.

Coverage will air locally and globally on Saturday and Sunday of the event. In Australia, local audiences will be able to watch the race live and ad-break free on Fox Sports and Kayo Sports, with live, free-to-air coverage on the Seven Network and 7plus around Australia.

Coverage begins at 12:30pm AEDT Saturday on both networks, with coverage of LIQUI MOLY Bathurst 12 Hour qualifying, followed by support race action and the Pirelli Top 10 Shootout. Fox, Kayo and Seven will then be live from 5:30am AEDT on Sunday, February 5 for the race start, with coverage continuing through to 6:00pm local that day.