Chaz Mostert believes it would have been "rude" to take Matt Campbell's Bathurst 12 Hour victory away with a penalty for their earlier clash.

Campbell took Porsche to its maiden 12 Hour win on Sunday with a charge from third first on fresher rubber in the final 20 minutes.

That followed a late Safety Car intervention, the yellow flags called just after Campbell put a forceful move on Mostert's BMW for third at The Chase.

Contact forced Mostert wide, with officials announcing the incident would be investigated post-race, but ultimately opting against taking any further action.

Campbell's Porsche was the only entry on the lead lap to take on fresh tyres during the scheduled final pitstops, a move that initially cost him track position.

"I blocked as much as I can and I kind of got hit in the rear and it kind of pushed me wide.

"But he was on a much better tyre, so I was being pretty optimistic.

"At the end of the day, congratulations to him. He's another Aussie, it was good to see him get the race win.

"It would be rude to take it off him, he had a much faster car and was driving the wheels off it.

"It was good to have a battle to the death, but I really had nothing left for him."

Asked by Supercars.com if that meant he did not want to see Campbell lose the win, Mostert added: "It's not like I came second and it would benefit me.

"To be honest, I think he definitely deserves the win, he drove the wheels off the car." 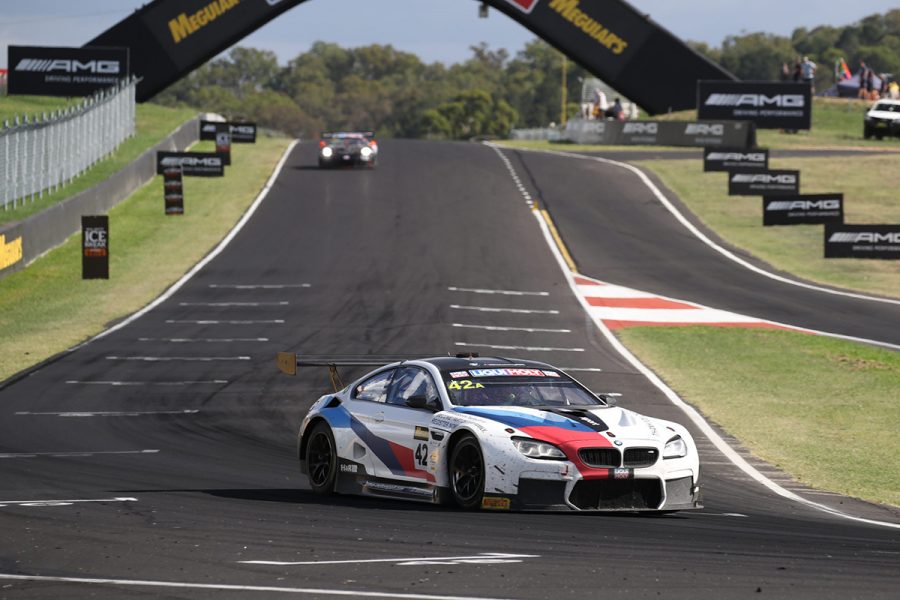 The polesitter at Mount Panorama 12 months earlier, Mostert could only manage 15th in qualifying on Saturday in the BMW Team Schnitzer M6.

He started the race, and his progress allied with the efforts of Augusto Farfus and Martin Tomczyk had the BMW in the mix throughout the afternoon.

While they had to settle for fifth, Mostert was content with their day, especially after an early airconditioner failure.

"I think we did the best job with the situation we had," he said.

"The car balance was even better than what it was last year, we just lacked some pace compared to some other cars.

"We did good, we stuck to our strategy and to be in podium contention from starting 15th was a really solid effort from Augusto, Martin and Schnitzer and BMW.

"We did the best job we could and at least we had a fight for the podium, but it wasn't meant to be today."