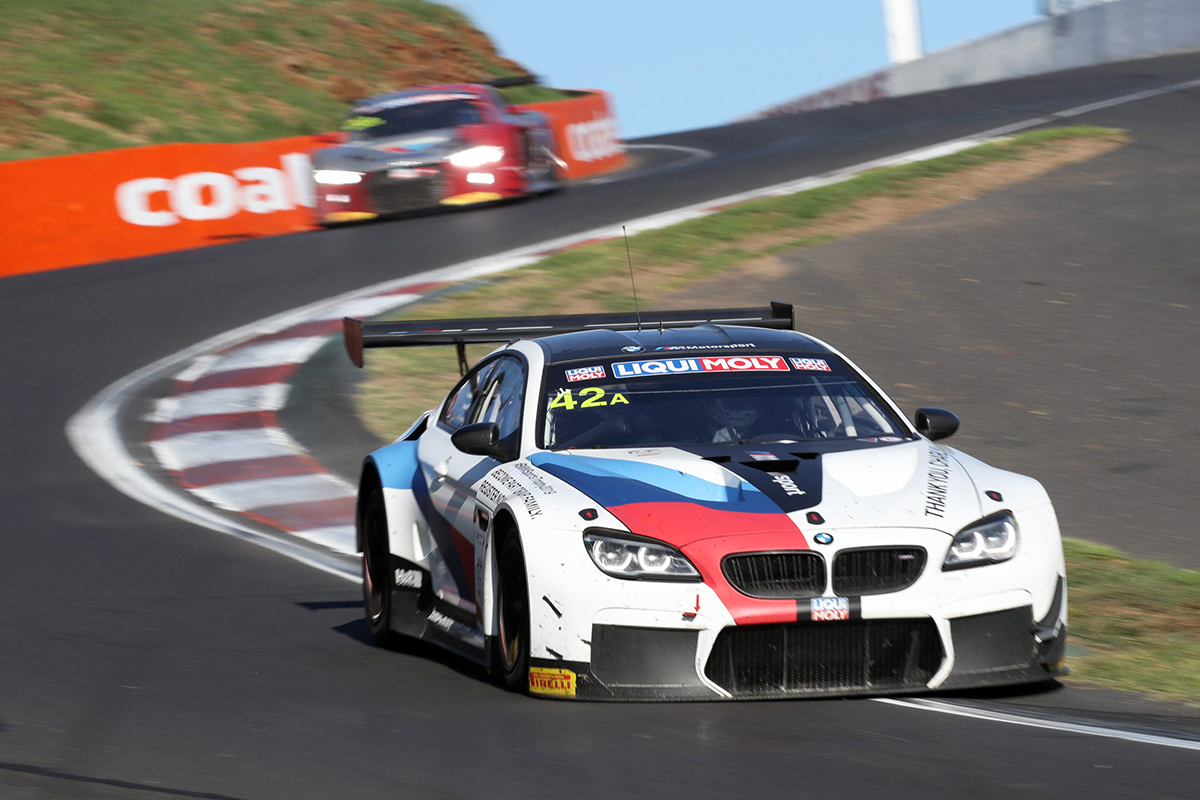 Chaz Mostert's BMW leads the way at the halfway point of the 2019 Liqui-Moly Bathurst 12 Hour, with a number of Supercars stars finding trouble through the morning.

Augusto Farfus is behind the wheel of the BMW Team Schnitzer M6 with six of the 12 hours complete at Mount Panorama.

The Brazilian, joined by Mostert and Martin Tomczyk in the entry, holds a slender lead over the #108 Bentley driven by Maxime Soulet, while the #62 Aston Martin with Jake Dennis is third.

Four Safety Cars have scattered strategies, while Triple Eight's Mercedes is currently seventh with Jamie Whincup at the end of a challenging morning.

The Erebus Mercedes is two laps down, while Garth Tander's Audi and the HubAuto Corsa Ferrari are well out of contention.

Mostert took the start in the BMW and moved from 14th to seventh in the first hour, with the M6 subsequently working its way into the lead fight.

Farfus and Soulet are due to pit in the coming laps, having opted against stopping during the latest Safety Car period called at the five-and-a-half-hour mark.

Dennis in the Aston, fastest in the Top 10 Shootout on Saturday before being excluded, is next in the queue.

He is followed by the #77 Mercedes, #912 Porsche and #2 Audi, those entries currently driven by Maro Engel, Dirk Werner and Christopher Haase.

Whincup is seventh, a Safety Car during the fifth hour helping the Team Vodafone Mercedes reclaim track position from nearly a lap down. 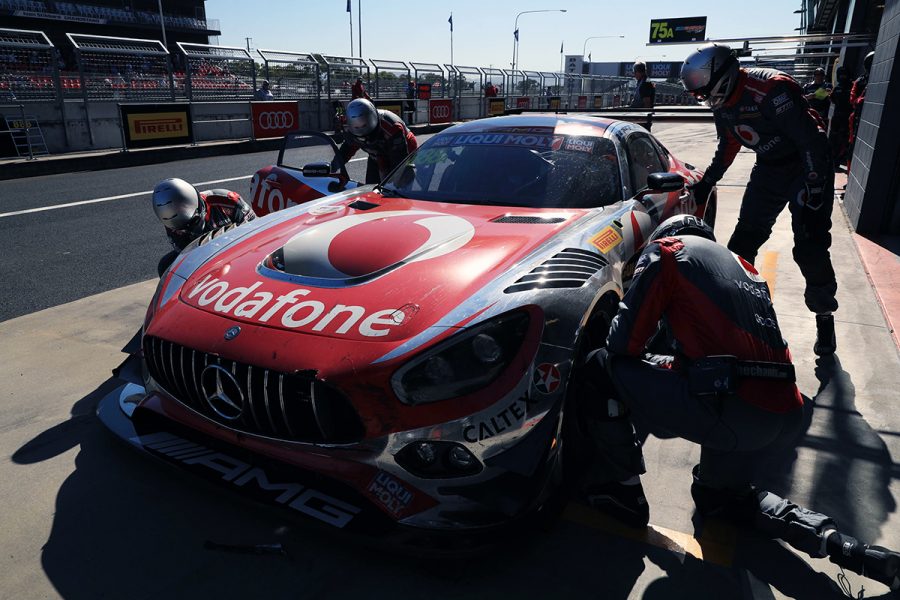 Shane van Gisbergen and Craig Lowndes battled braking and cooling issues during their first two stints, both having minor offs, from 19th on the grid.

Lowndes led briefly while out of sequence before handing over to Whincup, and had a feisty exchange with Tomczyk's BMW in the third hour.

Triple Eight’s entry was handed a drive-through penalty for passing the Safety Car during Whincup’s stint.

Officials, however, reversed the decision after it was proven that the Safety Car had its green light on at the time, signalling Whincup through.

The Erebus/Scott Taylor Motorsport Mercedes was involved in clashes during the first two stints, initially with Luke Youlden and then Yasser Shahin.

It was two laps down by the time David Reynolds got in, the drivers also battling cooling problems.

With Youlden back behind the wheel, the Mercedes sits 15th in the order, and fourth in the Pro-Am class. 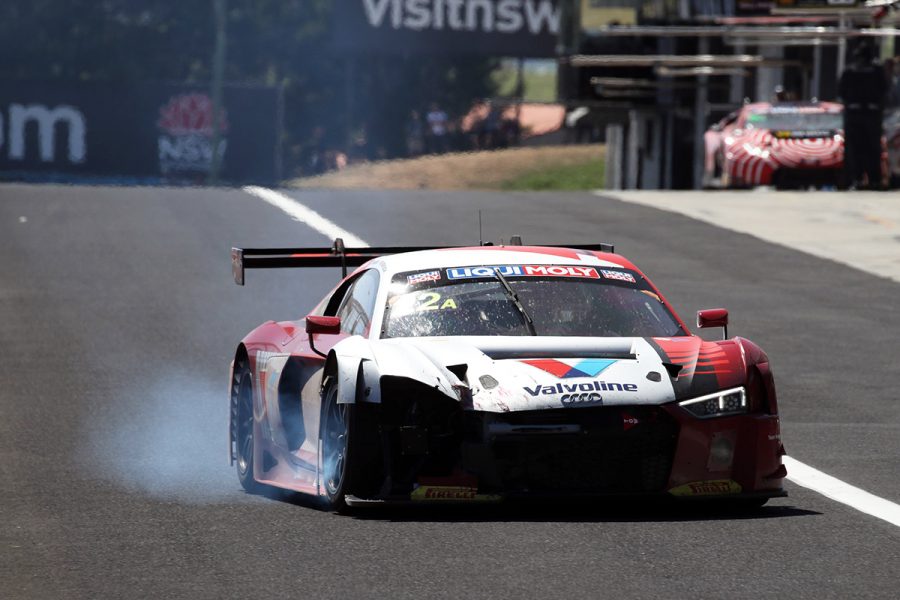 The Audi Tander shares with Kelvin Van der Linde and Frederic Vervisch is a distant 21st and six laps down.

While running third four-and-a-half hours in, Tander collected the rear of the #19 Mercedes - which was fresh out of the pits - at The Cutting.

It caused significant damage to both cars, with Tander also handed a penalty for the incident.

The HubAuto Ferrari of Nick Percat, Tim Slade and Nick Foster was among the practice pacesetters, but suffered fuelling problems in qualifying.

Percat started 20th but his progress ended just before the two-hour mark, when he tangled with a MARC Car on the run down to Forrest's Elbow.

After repairs, the entry is buried down in 33rd place, 34 laps down.

02/02/2019
Stay In The Know
Sign up to the Virgin Australia Supercars Championship Newsletter
This website uses cookies to improve your user experience. By continuing, you will be providing your consent to our use of cookies.Ok