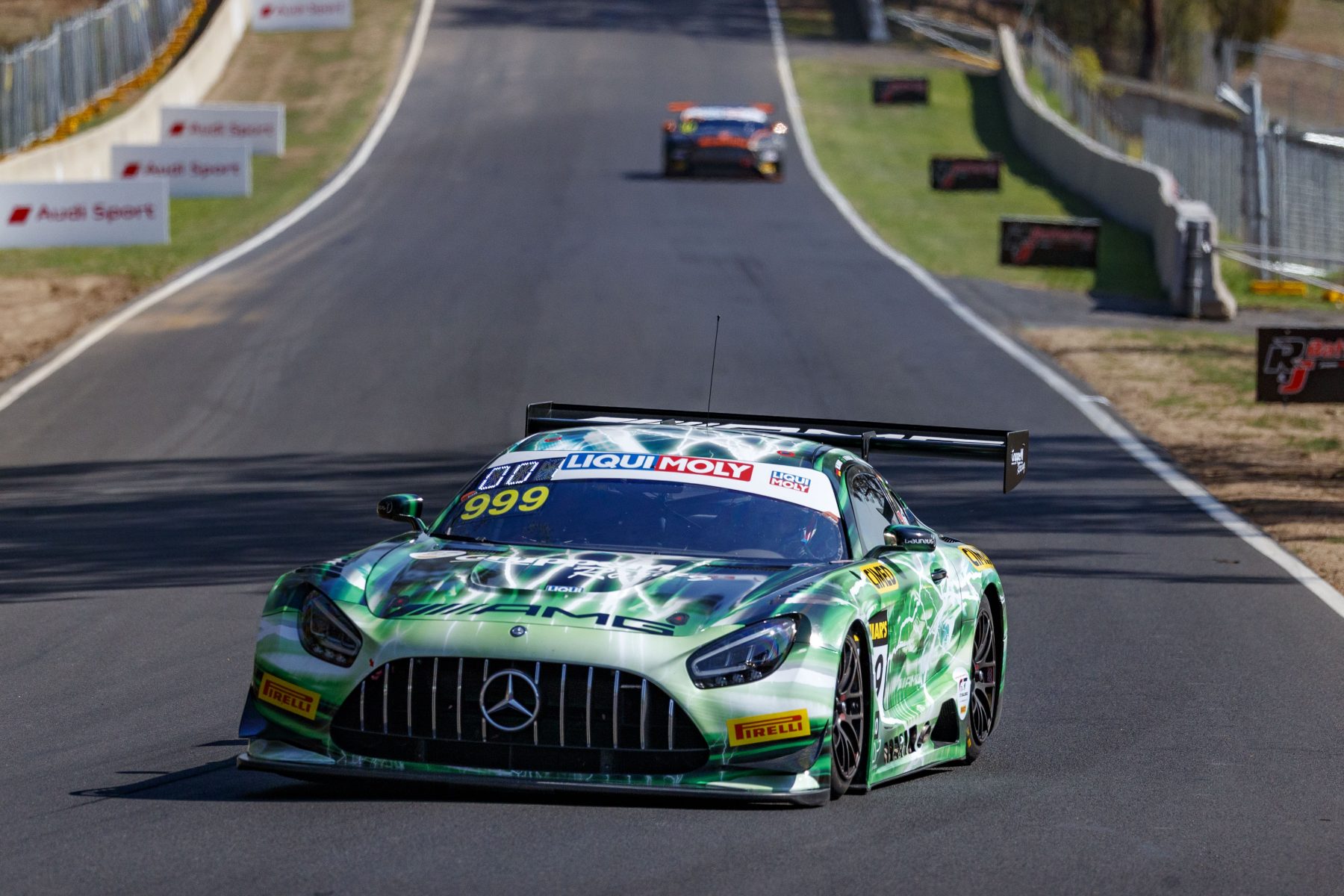 Friday morning’s running consisted of a dedicated session for Silver and Bronze drivers before the star drivers hit the track for Practice 2.

The #77 Craft-Bamboo Mercedes was third despite a suspension failure in the closing stages that sent Maro Engel into the barrier at Griffins’ Bend.

“Mid-to-exit Turn 2 the rear-right suspension collapsed and sent me into a spin and I slightly tagged the wall at the end,” the former Erebus Supercars driver told Supercars.com.

“I guess we’re fortunate that it happened at that point so we were able to avoid a bigger impact. I’m sure the guys will fix it up quickly and hopefully we’ll be back out soon.

“The car felt pretty good straight out of the box but obviously we didn’t get many laps in that session so we will just have to see when we go back out next.”

The session went green again with just under five minutes remaining, but there was no late change at the top of the order.

There had also been a red flag in the opening session; pacesetter Josh Burdon tagging the wall at Reid Park in the #35 KCMG Nissan.

Ooof. It’s actually the left-rear of KCMG’s Nissan that’s taken the full brunt of @JoshBurdon’s impact with the wall.

Suffice to say we won’t be seeing any more of Chiyo, Matsuda and Burdon this morning.#IntGTC | #B12Hr 🇦🇺 pic.twitter.com/MCOaaW8XWh

That brought an early end to the 30-minute Practice 1 and delayed the start of the second session, shortening it from 60 to 50 minutes.

It was a quiet morning for many of the Supercars stars as their international co-drivers did the bulk of the early running.

The #22 Valvoline Audi and #1 Earl Bamber Motorsport Porsche co-driven by Garth Tander and Craig Lowndes respectively ended up fourth and fifth in Practice 2, without either local turning laps. 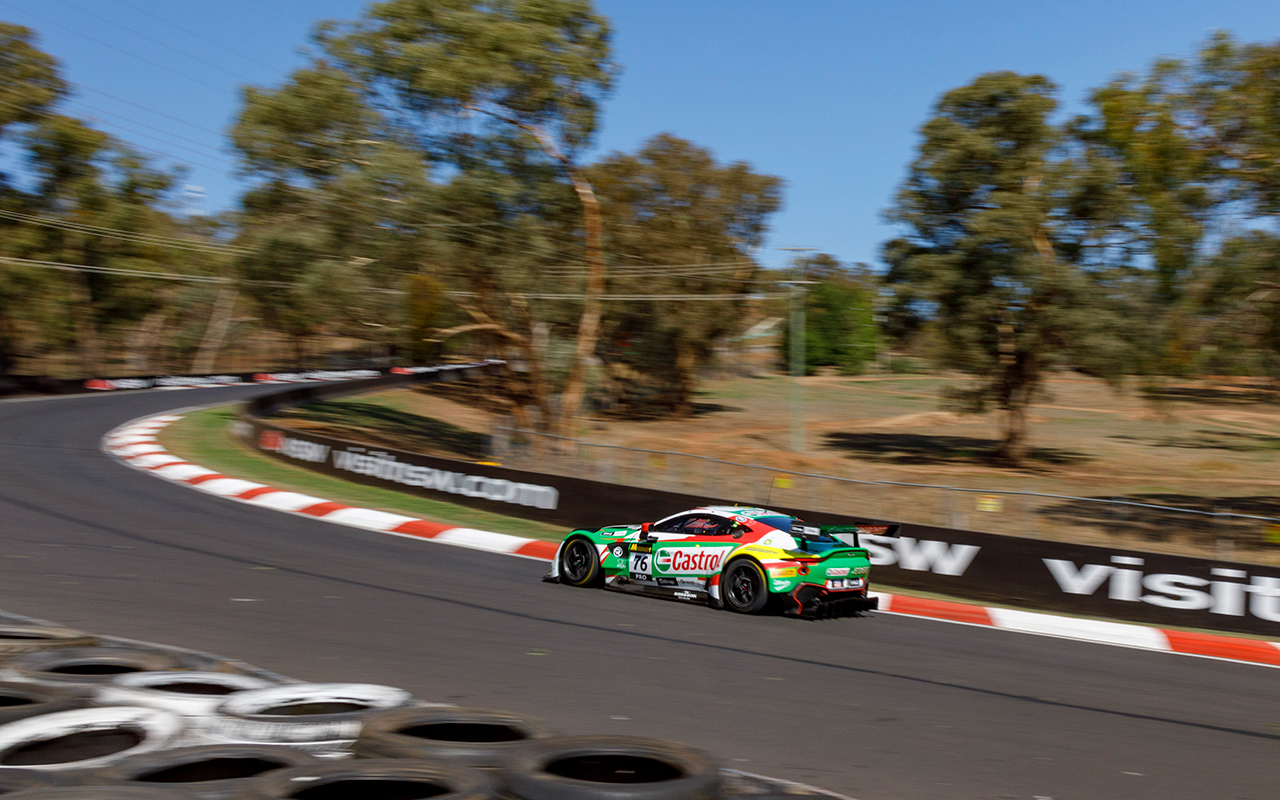 “It’s exciting to hit the track finally,” Kelly told Supercars.com, returning to the 12 Hour for the first time since 2016 in an entry that includes IndyCar ace Scott Dixon.

“It’s a little tough with so many cars, so many drivers out there and the session cut so short so I’m sure the teams are screaming over the same thing.

“The car is very different to what I’m used to so it’s just trying to understand what it’s limits are at a place like this.

“We haven’t done a lot of testing compared to the others so today a big is getting Scott and myself comfortable in that car.

“So we’re just going to press through that at the moment. Scott has done one lap and I’ve done like two, so we’ve got plenty to do.”

As for driving with Dixon, Kelly added: “It’s incredible. When I first got the call from the guys to say that Scott is joining us was a massive buzz.

“He’s so great to work with, I’ve known him for a long time and I’ve never been in the same car so it is a big buzz to have that chance.”

Elsewhere, Chaz Mostert’s BMW was 19th thanks to the efforts of his co-drivers, while David Reynolds and Anton De Pasquale watched on as their Pro-Am Mercedes clocked the 26th and 30th best times respectively.

A further two sessions will round out today’s practice.

29/01/2020
Stay In The Know
Sign up to the Virgin Australia Supercars Championship Newsletter
This website uses cookies to improve your user experience. By continuing, you will be providing your consent to our use of cookies.Ok