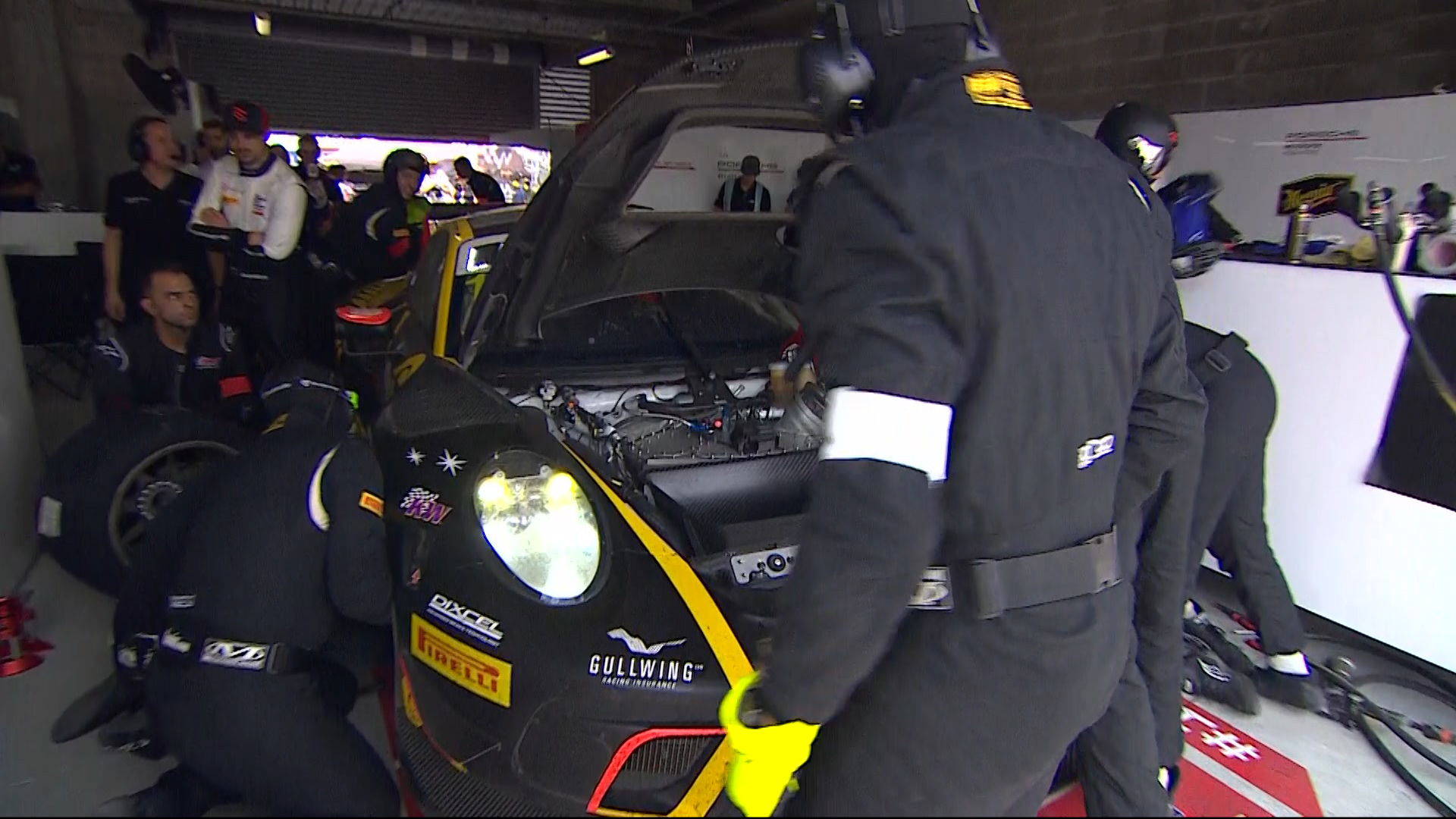 Craig Lowndes’ quest for a third career Liqui-Moly Bathurst 12 Hour victory has taken a major hit, with his #1 Porsche making a trip to the garage in the seventh hour of the race.

Lowndes was running sixth in the Earl Bamber Motorsport entry he shares with Bamber and Laurens Vanthoor when the team elected to take a lengthy stop to replace front brake rotors.

Almost four and a half minutes later, Vanthoor returned to the track 15th, two laps down on the race-leading Bentley.

“This morning in my double-stint the car wasn’t retarding as well as you’d want it to in The Chase,” explained Lowndes.

“We got away with it when it was cooler but now the day’s getting hotter, so do the brakes, and the pedal went to the floor on me a couple of times then.

“We knew the problem, but it was about finding the time to do it.

Meanwhile, the seventh hour has claimed Chaz Mostert’s Walkenhorst BMW, which is out of the race following a fraught morning.

The car went to the garage shortly after the halfway mark with overheating trouble.

It was already two laps down after Nicky Catsburg collided with a kangaroo shortly after taking over from Mostert in the third hour.