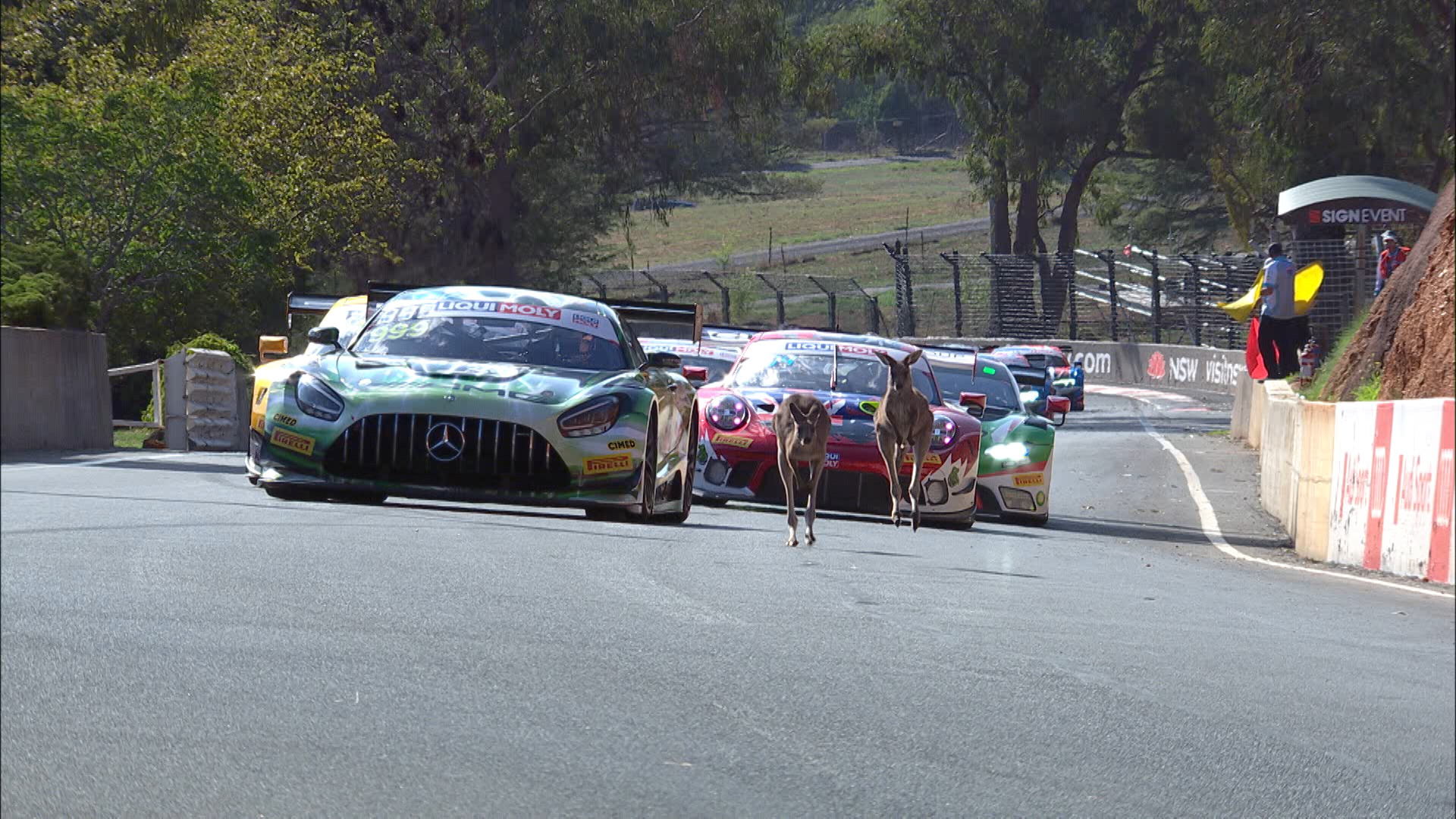 Red flags for kangaroos on the circuit and two big crashes bookended Saturday morning’s fifth and final practice at the Liqui-Moly Bathurst 12 Hour.

The red flags were called just seconds after the 60-minute session began as multiple kangaroos jumped onto the circuit on Mountain Straight.

Rather than simply crossing the track, two of the roos continued on the circuit up towards the Cutting, with the comical site of the GT3 machinery crawling along behind.

“I came over the crest and everybody was stopped,” recounted five-time IndyCar champion Scott Dixon, who is making his Bathurst debut aboard a Castrol-backed Aston Martin.

“I thought one of the cars had hit the wall then saw the kangaroos running along the track.

“I felt bad for them. They had nowhere to go and were just running in front of the cars.”

While no kangaroos were injured, the stoppage lasted almost 30 minutes before the track was deemed safe to resume.

Teams did not lose track time due to the delay, with the session extended to allow the originally scheduled 60 minutes of running. 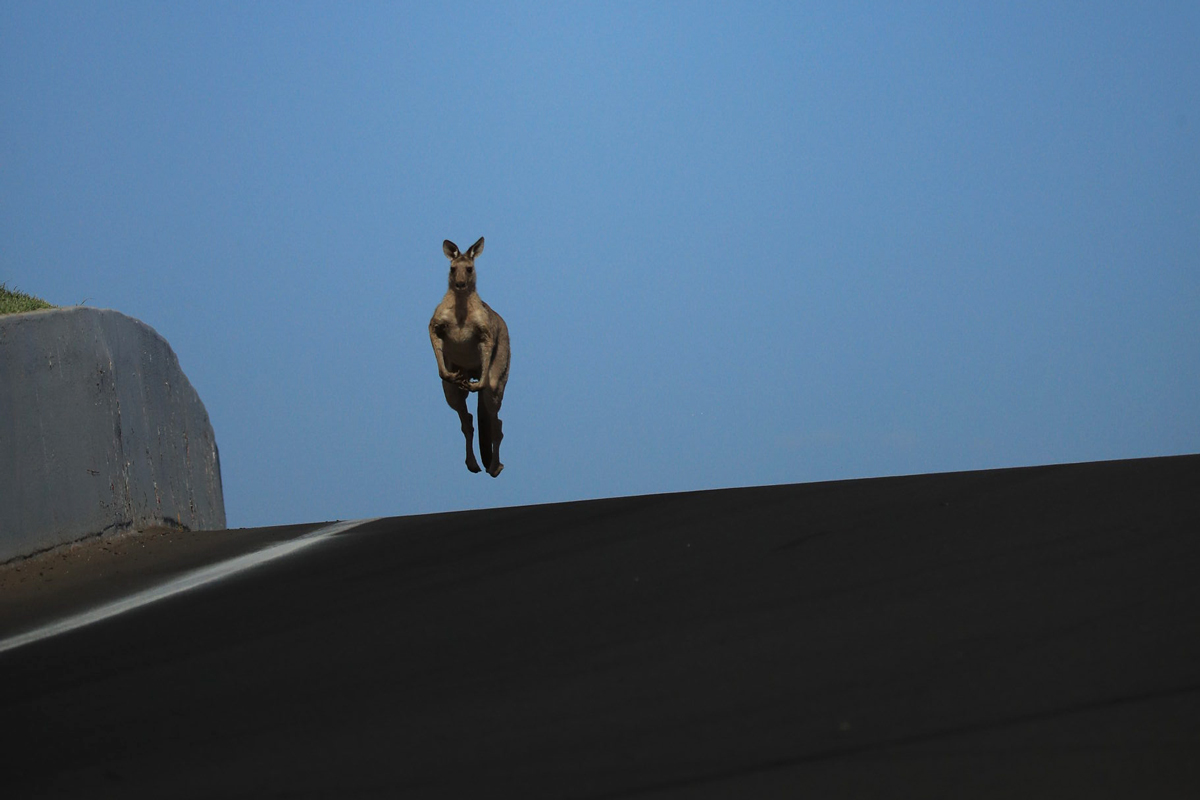 The #2 Valvoline Audi of Dries Vanthoor sat atop the order when the session was red flagged for good three minutes from the end, due to two unrelated incidents.

Brazilian Daniel Serra crashed the #27 HubAuto Ferrari he shares with Tim Slade at Skyline, clouting the concrete on the right after a high-speed lose exiting McPhillamy Park.

Meanwhile at The Chase, Brit Oliver Jarvis went off at The Chase with an apparent brake problem in the #8 Bentley, spearing through the run-off area before hitting the tyre wall side-on.

The #63 Orange 1 FFF Lamborghini was second ahead of the #222 Valvoline Audi, #4 Grove Porsche and #34 Walkenhorst BMW, co-driven by Chaz Mostert.

That marked the first top 10 appearance of the weekend for the factory-backed BMW M6, after a quiet Friday.

The Pro-Am Triple Eight car’s session included minor contact between Sam Shahin and the #27 HubAuto Ferrari at The Chase, spinning the Mercedes.

31/01/2020
Stay In The Know
Sign up to the Virgin Australia Supercars Championship Newsletter
This website uses cookies to improve your user experience. By continuing, you will be providing your consent to our use of cookies.Ok