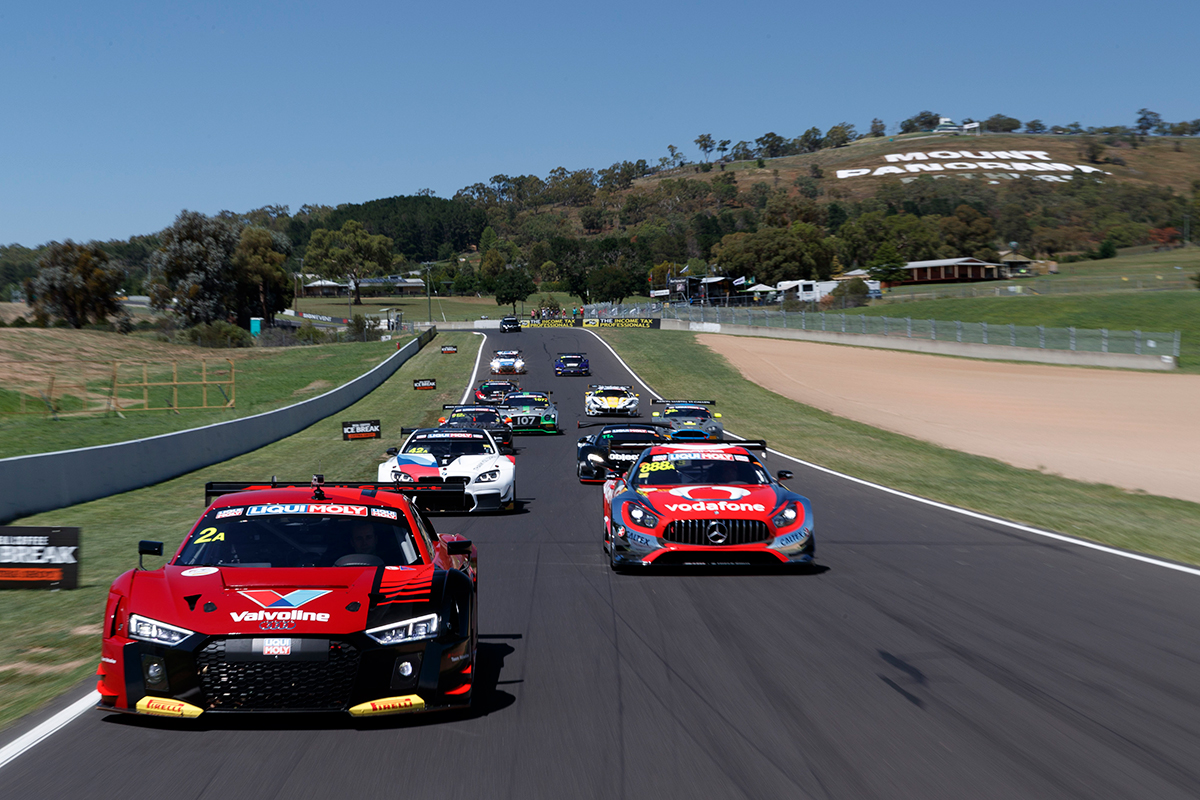 On January 31-February 2, Mount Panorama will once again host the opening round of the Intercontinental GT Challenge powered by Pirelli.

A total of 38 cars started the 2019 race, won by the Porsche of Aussie Matt Campbell, Dennis Olsen and Dirk Werner.

Teams can now lodge their entries for the 2020 edition, while a revised set of Sporting and Technical regulations have been released.

Changes mirror other key Intercontinental GT Challenge events, including the Spa 24 Hours and Suzuka 10 Hours, providing a consistent framework for competing teams, drivers and brands across each of the five-round series.

"Firstly, it’s always exciting to confirm that entries are open and get that first indication of who is coming to tackle the Mountain," said Event Manager Kurt Sakzewski.

"We have been working closely with CAMS and our partners at SRO to evolve the regulations to a point where that are now very similar to the other major events on the Intercontinental GT Challenge, offering consistency to the teams, drivers and manufacturers involved across the full championship.

"The changes have already been tried and tested in major races and proven to be successful so it makes sense for us to adopt something that already works.

"There is already a lot of excitement among ICGT teams about the 2020 event and we’re very confident that it will be bigger and better than ever."

The Vehicle Eligibility list has been updated to include GT3 machinery homologated for the 2019 racing season, meaning all current GT3 brands are eligible for the '20 Liqui-Moly Bathurst 12 Hour.

The event retains a four-class structure, with Class A for GT3 vehicles to be split between three divisions, including a new Silver Cup for Amateur-classified drivers.

For the first time, Class B will be for Lamborghini Super Trofeo machinery.

"We are excited to add the Super Trofeo cars to the mix in 2020," Sakzewski added.

"It opens the potential for even more international participation and we have been in discussion with Lamborghini for some time now – they are excited about the potential for their competitors to become involved.

"The Huracan Evo is a very cool car that perfectly fits the 12 Hour grid – it sounds and looks the part."

Class C will continue to be for GT4 machinery while MARC Cars Australia's MARC II cars will contest the Invitational class.

To further bring the race into line with European rules, the maximum stint length for any driver will be limited to 65 minutes.

No driver will be allowed to complete more than two consecutive stints before commencing a one-hour rest period.

Pitstops include a mandatory minimum time, measured from pit entry to pit exit.

Two ‘Joker’ stops – one in the first six hours and one in the second – will be permitted with no minimum time, to allow for strategies to remain flexible throughout the race.

Finally, a four-minute ‘technical’ pitstop also becomes mandatory, to be completed prior to the conclusion of the 11th hour of the race.

Cooling systems will be mandatory if the forecast for race day is for temperatures of above 30C.

Event organisers will soon confirm the revised schedule, with a packed on-track program on Friday and Saturday in the lead-up to the 2020 race.

Race week will again commence with an expanded Town to Track display on Thursday.

Other elements, including the Pirelli Top 10 Shootout and 5:45am Sunday start time, remain unchanged.

03/02/2019
Related Content
Date locked in for 2020 Bathurst 12 Hour  ›
16/05/2019
Stay In The Know
Sign up to the Virgin Australia Supercars Championship Newsletter
We use cookies to ensure that we give you the best experience on our website. If you continue to use this site we will assume that you are happy with it.Ok