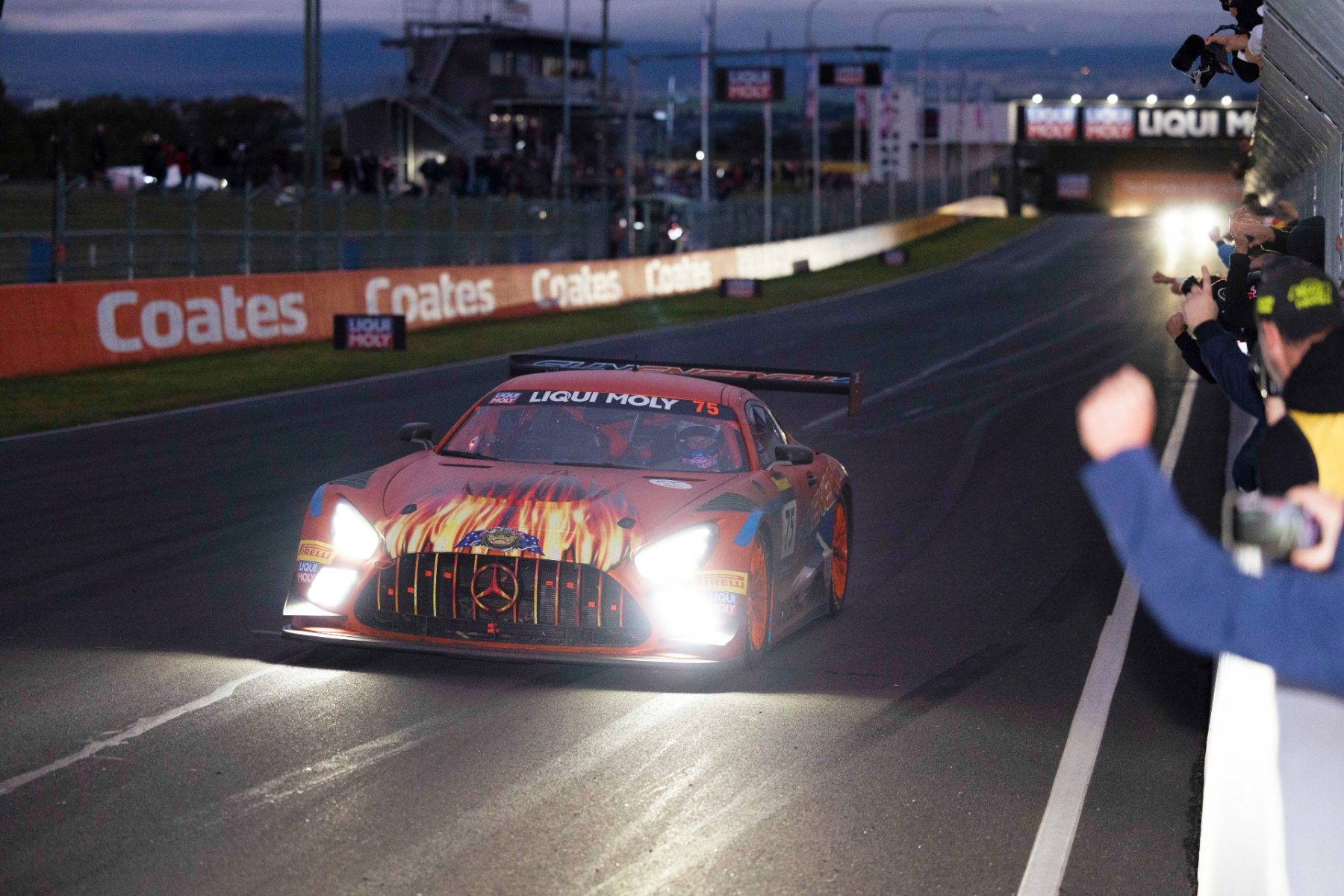 Reigning champion Kenny Habul will be returning to the LIQUI MOLY Bathurst 12 Hour to defend his title in his familiar number 75 SunEnergy1 Racing Mercedes-AMG GT3 next month.

Habul will be joined by 2022 winning teammates Jules Gounon and Luca Stolz in a SunEnergy1 entry prepared and serviced by the Akkodis ASP (AKKA) operation from France.

Habul received a new car from AMG which has been airfreighted to the event.

Growing up sweeping the workshop floors of nine-time Bathurst 1000 winner Peter Brock, Habul described his 2022 Bathurst 12 Hour victory as one of the “greatest moments” of his life.

While having been based in the US for many years as a pioneer in large-scale solar, Habul has maintained his Australian roots and a passion for his home country’s motorsport.

He actually owns Peter Brock’s ninth and final Bathurst 1000-winning Commodore which he has sitting in his North Carolina office complex and recently purchased a large property on Conrod Straight at the famous Mount Panorama circuit.

Stoltz is set to drive with Habul in this weekend’s Rolex 24 at Daytona after being announced as a replacement for Australian Will Power who had to withdraw because his wife Liz had been battling a health issue, but now on the mend.

The Bathurst 12 Hour will be the opening round of the 2023 Intercontinental GT Challenge on February 3-5.

The Bathurst 12 Hour confirmation comes after SunEnergy1 Racing was welcomed as the 61st and final entry for the Rolex 24 at Daytona – an entry Habul will now share with German ace Fabian Schiller, Zimbabwean Axcil Jeffries and Stoltz.

The four have qualified second in class and 27th outright for this weekend’s event in the GT Daytona (GTD) category which now includes 25 entries from nine different manufacturers.

Habul had a year to remember in 2022, sealing his third Pro-Am drivers’ title in the 2022 Intercontinental GT Challenge finale at the Gulf 12 Hours in December.

His title-winning campaign consisted of outright victory in the 2022 LIQUI MOLY Bathurst 12 Hour, as well as second-place class finishes in the 24 Hours of Spa and Indianapolis 8 Hour, and a class win in Abu Dhabi where his car was also prepared by Akkodis ASP and SPS.

“To return to the Mountain as the defending champion of the 12 Hour is something special and an event I am really looking forward to,” said Habul.

“It will be great to be able to defend the title with Jules and Luca who are both looking forward to having another crack at ‘The Mountain’.

“We are going to have an extremely busy couple of weeks with Daytona and Bathurst, but there is nothing else we’d rather be doing.

“I have had very few moments in my racing life that were as special as standing on the top step of the podium there last year.

‘I guess you could call Mt Panorama my ‘home’ track because one of my homes is right on Conrad Straight, which gives me a chance to have a little sleep in.

“We are going to have a busy couple of weeks with the Daytona 24 Hour and then jumping on my Global 6000 for Australia that night. It is going to be great.”

“We might even need to throw some spares on board."