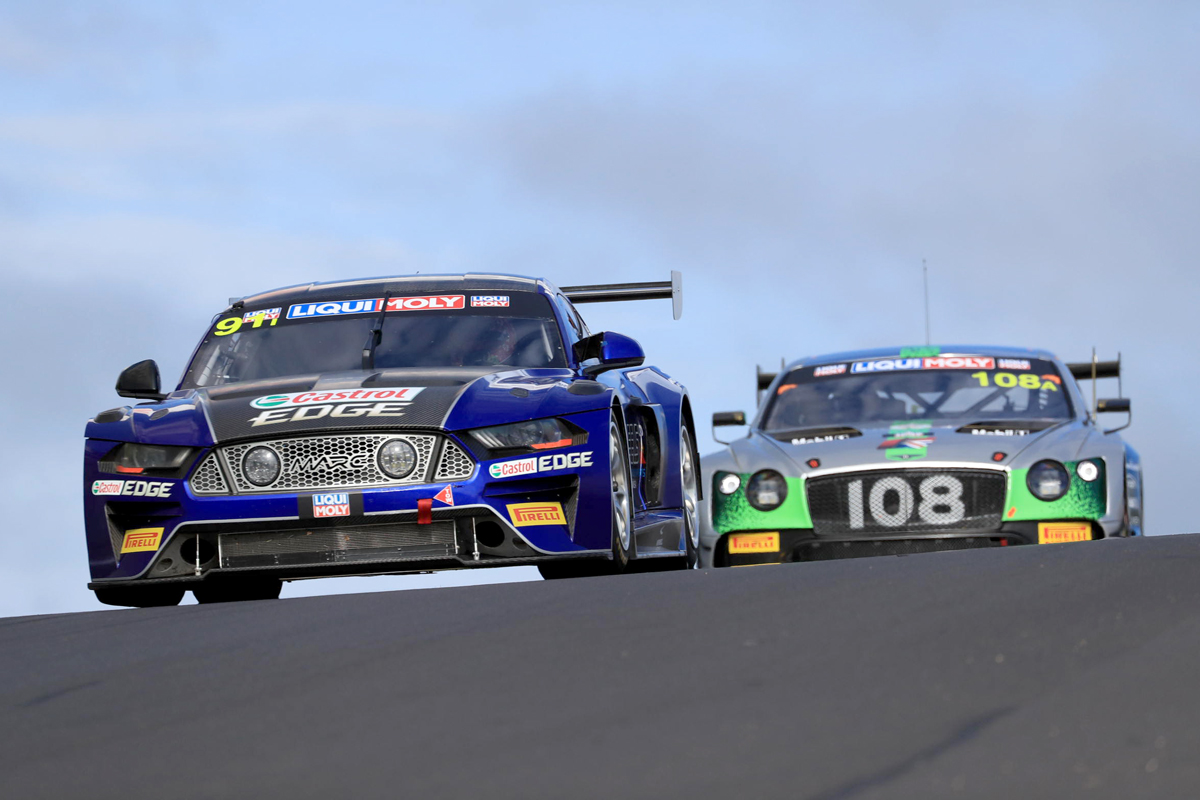 Anton De Pasquale has had his two quickest times in Bathurst 12 Hour qualifying deleted, having gone below the permissible benchmark time for his MARC II V8 entry.

As part of their eligibility for the Invitational Class at the event, the purpose-built, Australian-made cars are allowed to lap no quicker than 2:05s during any session.

As per the regulations, the two sub-2:05s laps have been deleted, while two further positions have been deducted after co-driver Paul Tracy sped in pitlane early in the session.

The end result is the car, which also features Paul Morris and Keith Kassulke in its driver line-up, drops from 25th to 28th on the grid.

Asked by Supercars.com whether the plan had been to showcase the MARC car’s ultimate potential, De Pasquale explained simply: “It was a qualifying session, so you go balls-out.

“Paul Tracy has been winding me up for about three days to lay a big lap on it.

“I had to try and impress him, because he’s a pretty intimidating dude!

“There’s a bit more in it, but the car hasn’t been developed around doing that sort of lap time.

“The main thing is it’s comfortable to drive.”

De Pasquale’s best time in the MARC V8 was marginally faster than the 2:04.3498s time he’d set aboard his Supercar in the Bathurst 1000 Shootout last October.

“It’s got a bit less power with a bit more downforce,” he said when asked to compare the MARC V8 to his Penrite Erebus Commodore.

“I think ultimately it could be a bit quicker than a Supercar, because it’s got the diffuser on the bottom, which helps a lot across the top.

“You can brake a bit later and get on the gas a bit earlier and carry a bit more speed, but it’s about 10km/h slower on the straight than a Supercar.”

This weekend marks De Pasquale’s first Bathurst 12 Hour, having received a late call-up to join the #91 entry as a fourth driver.

The 2:05s benchmark remains in place for the MARC II entries in the race, with a drive-through penalty issued for each breach incurred.

Anton De Pasquale  ›
Stay In The Know
Sign up to the Virgin Australia Supercars Championship Newsletter
This website uses cookies to improve your user experience. By continuing, you will be providing your consent to our use of cookies.Ok