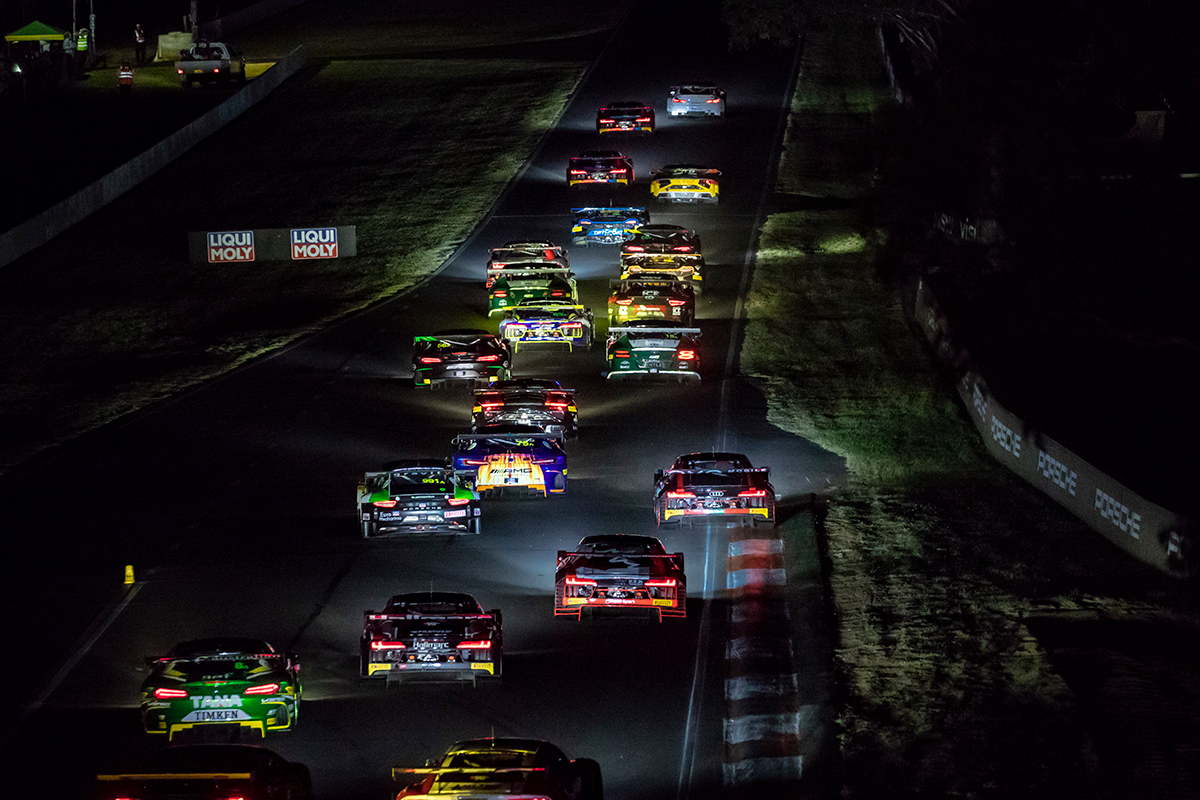 The newly-added Thursday, January 31, is reserved for support categories with practice, qualifying and three races on the schedule.

GT teams contesting the 12 Hour will have a scheduled track walk while their cars undergo scrutineering in pitlane.

Those cars then hit the track for the first time on Friday February 1, with four practice sessions offering three-and-a-half hours of track-time.

A fifth, one-hour practice session and three-part qualifying will then be held on Saturday.

Qualifying 1 will be a 45-minute session for all competitors, setting the starting order within classes B, C and I.

Qualifying 2 will be a 30-minute dash for cars in class A only, setting the grid for positions 11 and back within the GT3 ranks.

The 10 fastest cars will then progress to the Pirelli Top 10 Shootout and fight for the Allan Simonsen Pole Award, due to start at 4:40pm local time.

On Sunday February 3, pitlane opens at 5:15am with the Liqui-Moly Bathurst 12 Hour to commence at 5:45am when cars roll away from the famous Mount Panorama grid.

Full broadcast and live streaming details will be announced soon.

A former star on the streets of Surfers Paradise during the days of the Gold Coast Indy, 2003 CART champion Paul Tracy is a new addition.

The Canadian will join Paul Morris and Keith Kassulke in a MARC car, replacing the injured Boris Said.