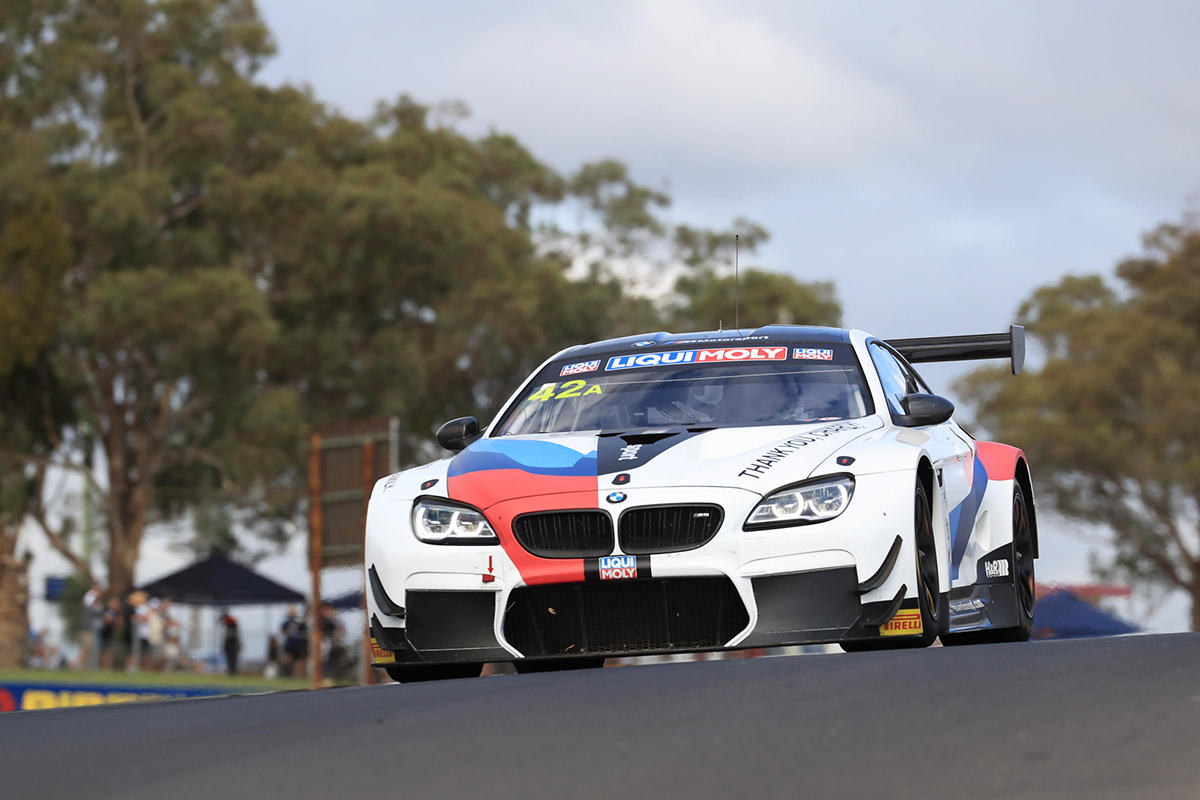 Bentley set the pace in the fifth and final practice session ahead of qualifying for the Liqui-Moly Bathurst 12 Hour.

Four cars featuring Supercars drivers ended up inside the top 10, led by Garth Tander’s #22 Audi in third, one place behind its sister #2 entry.

All three drivers took turns behind the wheel of the #22 R8 during the session, with its best time ultimately set by South African Kelvin van der Linde.

Mostert will be aiming for a second straight Allan Simonsen Pole Award later today, having taken the honour 12 months ago.

The 888 Team Vodafone Mercedes ended the session eighth thanks to a Shane van Gisbergen lap after the chequered flag.

Having struggled for speed on Friday, Craig Lowndes started Practice 5 in the car, managing no better than 2:06.9889s before handing over to Jamie Whincup. 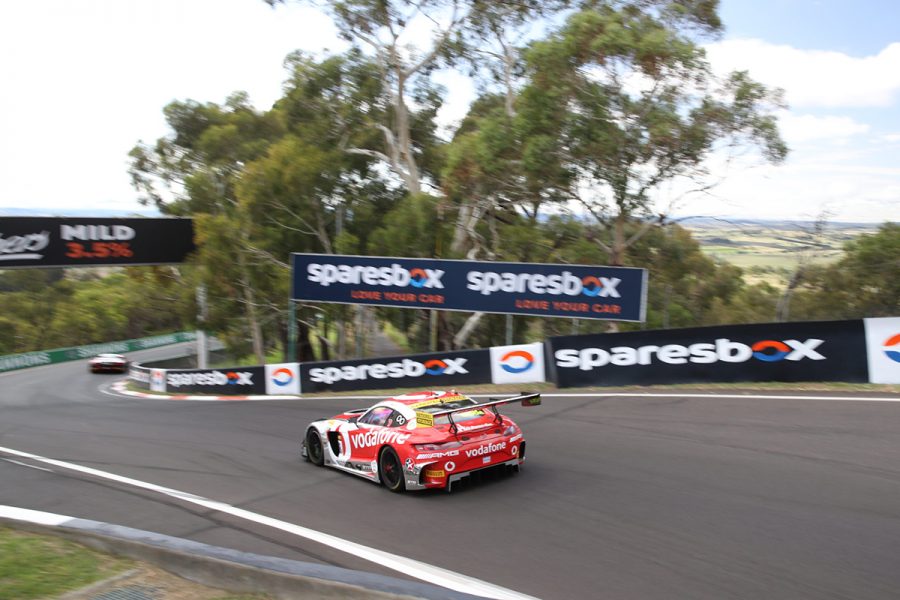 With van Gisbergen slated to start the race on Sunday, Whincup is expected to handle the bulk of the qualifying duties this afternoon.

The Spirit of Race Ferrari van Gisbergen tangled with on Friday returned to the track after overnight repairs only for amateur driver Paul Dalla Lana to again find trouble.

A clash between the Ferrari and David Crampton’s KTM at the kink heading into The Chase sent the latter spinning wildly through the gravel, triggering the session’s only red flag.

Tim Slade wound up 10th in the HubAuto Ferrari, while David Reynolds sat out the session, leaving the driving in the Erebus Mercedes to Luke Youlden and Yasser Shahin.

The Audis of Todd Hazelwood and Lee Holdsworth were 22nd and 26th respectively in Practice 5, ahead of first qualifying from 11:20am local time.